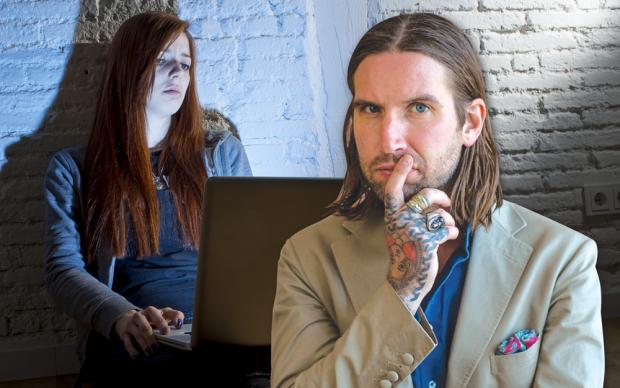 DEAR KEITH: I’ve spent the last year or so chatting with a woman online and I’d like to meet her IRL but I’ve been catfishing her. I don’t fancy myself to be a horrible person, I’m reasonably in shape, kind of nerdy but not shockingly ugly. For some reason, though, I’ve represented myself to this very nice and charming young lady, at least on the surface, as someone I’m not. I didn’t use a photo of Zac Effron or anything but I definitely misrepresented myself, even using a fake name. Obviously I didn’t expect to talk to this person for a prolonged period of time or else I wouldn’t have started off on this foot, but at some point I passed the point of no return. How should I proceed? —CHARBROILED CATFISH

Fun fact: The process of luring a human being into an emotional or physical relationship by means of a fictional online personality is called “catfishing” because catfish (Phraetobius cisternarum) are known to go online. Remember that the next time you’re on Jeopardy!*

“Charbroiled Catfish,” there is a lot going on in this submission that I would like to address but I have five percent battery left on my computer and as a rule my work day is only as long as its battery life. Guidelines such as this allow me to focus intently on the task at hand for a considerable amount of time while still giving me the inevitable opportunity to blame something else for my unproductivity while I watch Dr. Phil high on pain pills.

That being said, I want to focus on the most telling part of this whole thing, which is your use of the word “obviously.” Beginning of the fifth sentence, I think. Hold on, let me double-check. Okay, yeah. Or second to last, if that’s easier for you. Less counting involved, for sure, but maybe you’re one of those people who is just able to grasp numbers more easily than most. I personally have a very hard time thinking in mathematical terms. Too factual, you know, all those rules without suggestions. In a way, you belong to numbers, numbers don’t belong to you, which I guess might be why I never went the “computer programer” route and instead veered off onto a path through the highly personal and stylized world of literature which eventually meanders into a swamp of financial instability and nagging existential pain. I do thoroughly enjoy seeing the number 69, though.

Anyway, the reason I take umbrage with your word choice is because you mean to imply that we all understand actions on the internet to be inconsequential; that there is some universal precedent saying that what takes place on the other side of the glass is fleeting and meaningless, and if it somehow sticks and follows you across the divide into realistic landscapes (“IRL”—mind blown much?)…well, thats an anomaly that you should not be expected to take responsibility for, because whoever compiled all the data required to meet someone online never warned you of the potential glitch of humanism. You were operating under the assumption that if our thoughtless glide across the surface of relationships got snagged on something deeper, something closer to the heart, we need only log out, shut the screen, and go distract ourselves with real life until we’re fairly certain the kink has worked itself out and we can get back to swiping left on anyone with a pink streak in their hair.

But why should that be obvious to us? And I don’t mean us as in the millions of people reading my column, I mean us as in the species of people on earth who are forced to abide by the shitty rules of shitty dating games created by shitheads like you—self-satisfied reptiles with no ability or desire to empathize with people. Why should we accept your second-long attention span as the gold standard, when—hey my battery just hit one percent. Adios.

* The exclamation point is part of the proper noun. I in no way intended my instructions to sound cheerful or friendly.