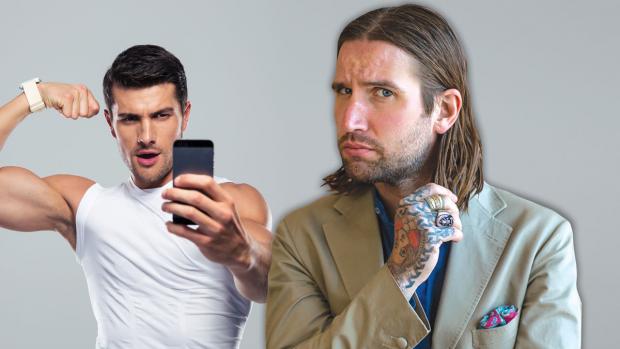 DEAR KEITH: I found my friend’s boyfriend on Tinder. They’ve been dating for about a year. I have no idea if he has actually cheated on her or for that matter interacted with anybody through Tinder; he simply has a profile. Do I tell her or keep my mouth shut? PS: I swiped left.—EXPOSED ON TINDER

EXPOSED ON TINDER: Firstly, let’s agree that “keeping one’s mouth shut” is a slang term meaning “excitedly revealing one’s discovery to everyone except one’s friend.” With that established, we can now address the crux of your dilemma, which is—in this unlicensed counselor’s opinion—that the image you have of yourself as an arbiter of justice and a self-appointed apostle of moral righteousness stands in direct opposition to your inner enthusiasm over having sole possession of such a devastatingly powerful and succulent little “secret.” Of course you should alert your friend to her boyfriend’s suspicious activities, especially before she hears it from someone else who heard it from you, because, as we all know, the only good thing that ever came out of conjecture and hearsay was REO Speedwagon’s 1980 smash hit “Take It on the Run.” Like “the Wet Bandits” in Home Alone or burp enthusiast Robert Durst, her boyfriend is practically begging to get caught, and exposing him for the socially awkward, secretly unhappy, and unsatisfied sex maven he is would most likely be doing both of them an enormous favor. If it doesn’t bring a timely end to what may be a fraudulent relationship, it could at least force a discussion between them that by now ought to have been had, and after you pull the rug out from under her you can walk away feeling nothing short of saintly and victorious. Bravo. That’s the easy part. The more difficult matter at hand is how we can stop making absolutely everything about us.

I’m going to do away with the false pretense that you’re stranded at an ethical crossroads here because in truth both of your options lead in one direction, and that’s directly back toward yourself. Had you said that you are worried this information you now possess might ruin your life-long friendship or her decade-long marriage, it would have elicited an entirely different though equally eloquent bi-weekly installment of this column. But you know as well as I do that your friendship with her isn’t at risk because she’s only been dating this dude for a short while, and once she sees the evidence you present her, she will thank you in her own way and handle her boyfriend accordingly. So what the issue here actually becomes is “which option is more beneficial for me.” On one side of the coin, if you choose not to tell her, you maintain your grip on a very powerful weapon which you can and will eventually use against her. I say “will” because if you’re the type of friend who does not help other friends become aware of and eliminate negative aspects of their lives, then you are the type of friend who will eventually find themselves angrily using psychological weapons when they are no longer considered friends. On the very same side of the very same coin, if you do tell her, you stand to become the one true friend she has above all others, like some emotional Highlander. You taketh away her sense of stability only to giveth right back, and that feeleth sensational. As she weeps or rages, it’s you who is there to comfort her. Mother fucking Teresa. Somebody take a picture. Imagine the applause when people hear of your good deed. Thank god you went on the internet to look for horny dudes in your proximity or you never would have had this chance to use her suffering as a way to feel better about yourself.

I’ve already said that the obvious “right” thing to do is to tell your friend that her man is a scrub and no self-respecting woman should want no scrubs, but this is a textbook example of what I call the “selfless narcissism” that plagues a large number of us interneters. It’s a bulletproof showboating of compassion that, by it’s very nature, is immune to criticism—like filming a Vine of yourself giving money to the homeless or retweeting people who tell you that reading your Twitter (@deathoftheparty FYI. Over 60k followers. Verified. No big deal, really. I do it because I love my fans) is the highlight of their day. No one in their right mind would ever shame you for being a good friend who just “keeps it real,” but the source from which good deeds such as this spring is so obviously self-absorbed that it makes the humble roll their eyes right out of their head.

And yet I cannot refute the fact that the position you find yourself in is the meddler’s paradise. Suddenly your desire to gossip and your insatiable need to garner attention has a higher purpose. Telling your friend about her boyfriend’s Tinder account will greatly benefit an impervious victim, invariably strengthen your bond of friendship, expose a liar and a cheat, enhance your reputation as a considerate human being, and it just so happens that as a result you will feel great about yourself and all the good you’re doing. And that, “Exposed on Tinder,” makes me want to puke. I bid you good day.