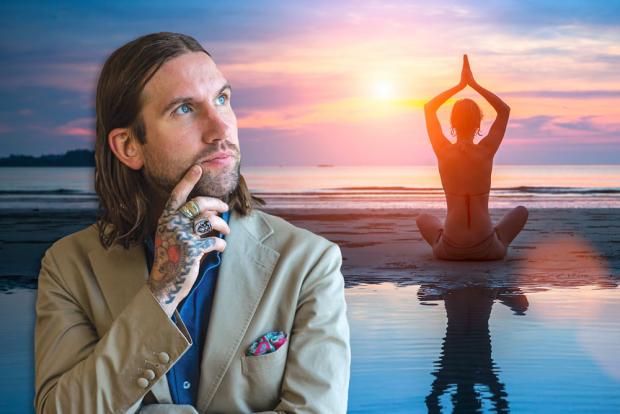 DEAR KEITH: I just broke off an engagement to a guy whom I no longer loved. This is my first time being single in I don’t know how long. My initial reaction is to jump into the arms of another (as was my tactic back in the day), but something is telling me to try and “find myself.” Is this a farce or an attainable goal? Can you give any advice on how to fight the need for another, and be happy with myself?—ON OR OFF THE MARKET

DEAR ON OR OFF THE MARKET: You just want to be happy? That’s it? Hell, this might be the easiest puzzle I’ve been asked to solve yet. Lean in. If you want happiness—genuine, eternal happiness—do exactly what I do: Surround yourself with so much excitement and interference that it’s impossible to be aware of just how empty you are inside. Then, in the rare, fleeting moments of silence where you find your only company to be your true self, drink until you both black out.

Thanks for reading. Stay safe out there.

Okay, I’ve been told I need to fill a bit more space with the column, which to me is like telling Hemingway that his “Baby Shoes” story was too short, but whatever. I guess I can address other parts of your dilemma while they’ve got me here. Let me begin by disabusing you of the notion that “finding yourself” is a real possibility because it definitely is not. We are a collection of images created by the images we create—a compendium of all human knowledge that is constantly adding to the immense ledger of cosmic history only what is gained by interacting with the universe and everything in it, even if what we gain are the scars and bruises of insufferable loss. We are shaped by the things we observe through a lens set in place by the prejudices and traditions of our own past, so as those things around us change (which they all do), we change with them. Life is in constant fluctuation. Words like “god” and “love” and “9/11 was an inside job” take on new meaning; The Cable Guy somehow gets funnier while all of a sudden Robert Plant’s voice on old Zeppelin recordings gets worse. To believe that there is some sort of immovable, inarguable “you” that either lies underneath layers of experiences or outside of the world in which those experiences occur is dangerously unsound no matter how empowering Eat Pray Love made you feel when you watched it a few summers ago. I definitely did not watch it, just so happened to be on in the background while I drank wine in the hot tub, I swear. You are not this little thing that is crushed by the weight of unsolicited encounters or a blank screen onto which wrong ideas are unfairly projected. You are the result, yes, but also the cause of innumerable actions and decisions, ones you cannot undo just by finally “shedding your inhibitions” and sucking off a Portuguese barista you meet at a rave while backpacking across Europe. I don’t know where the idea came from that if we carelessly abandon the things we love in search of personal fulfillment we might foster a transcendent relationship with life itself, but it—wait, they’re telling me it was Buddha. Buddha did exactly that.

Here’s something a lot of people don’t consider because they’re so busy trying to distance themselves from a world that just doesn’t “get” them: The world actually does get you. It gets you so well, in fact, that every single thing it offers and takes away is done so to help you evolve. So if you want to take this newly rediscovered alone time to “jump back into the arms” of Kayden from spin class who might momentarily understand you better than your ex, do it. Though if/when you do, make sure it’s not with the belief that you will end up finding anything even slightly resembling true love, because you have already learned on previous instances that Kayden thinks Family Guy is brilliant and uses hashtags in his texts. On the other hand, if you want to be alone, that’s totally cool too, but again, don’t venture down that road with the supposition that shutting out everything around you is going to allow you the chance to emerge from your inward journey an enlightened being like you’ve passed through some sort of “glory hole.” And definitely don’t do it thinking that a six-month overseas mid-life Rumspringa where you will finally get a tattoo and force yourself to appreciate Guinness beer can give you the tools necessary to carve yourself into an edified, unwavering mainstay that returns from far off lands totally prepared to stave off all future heartache with one universally applicable theory of self. Who would want that anyway? Not allowing room to expand and contract according to the unexpected grief that gets thrown at you is hardly living.

Above all, “On or Off the Market,” don’t consider for a second what anyone tells you about recovering from a break up, especially me. I’m a total shithead. Your trip isn’t my trip and it definitely ain’t anyone else’s. If you’re going to do any or all of the things that you’re considering in the wake of your loss, do them because they make you happy. Chances are that if you’ve broken off an engagement, you’ve been unhappy for some time. But if I may suggest one thing—and you can take it or leave it—it’s this: To really find yourself, consider looking in everything else first.

Dude, that last line was good as hell. I just came up with it out of nowhere.