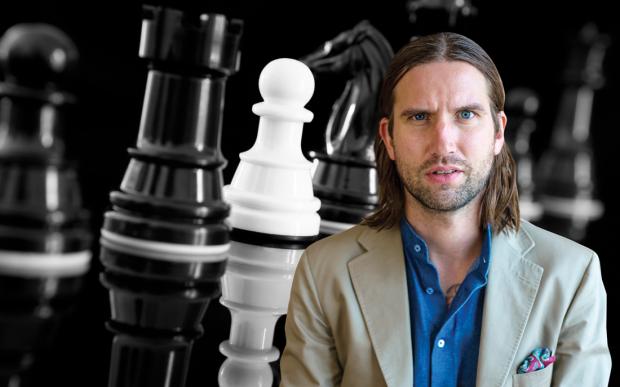 DEAR KEITH: I work for a large corporation and a lot of my coworkers are racist. When we work on projects we’re often put into smaller groups, and in those smaller groups often times the majority of the people in the group feel just fine making racist comments. The comments aren’t usually directed at anyone in particular, or for that matter any of my coworkers, but they’re just straight-up inappropriate. I’m usually outnumbered by the amount of people around me making these comments, so I find it difficult to speak up. I’m a Caucasian person with darker skin. Some might call me ethnically ambiguous; in the right clothing I could easily pass as Arab, Mexican, or Indian, but I identify as white. My co-workers know I’m Caucasian, so I guess that makes them comfortable being racist around me, but outside of work I’m often the subject of comments that I’m uncomfortable with from people I don’t know, so I guess I have what you might call “perspective.” How do I approach this situation? I want to put a stop to this, but I don’t want to become a target. —GETTING UNDER MY SKIN

GETTING UNDER MY SKIN: Congratulations on procuring a job with Fox News! I can imagine a position within their ranks is the brass ring for journalism majors all over the country who dream of one day no longer partaking in journalism. This is so exciting! I wonder which notable racists you’re speaking of. Watson, the game is afoot. Let’s deduce. So you say you’re a Caucasian person who makes the racist co-workers who outnumber you feel comfortable openly expressing and defending their antediluvian worldview, which, if my math is correct, limits the possible suspects to everyone that Fox has ever employed. Hmmm. A white man with “darker skin” who has been surrounded by unabashed hate-mongers since the news television channel was launched in 1996…

Okay, I understand this question comes from a place of goodness and that you genuinely find yourself conflicted between morality and personal safety or economic stability so I will not belabor this point, but my eventual advice will be further served by firstly addressing the claim that that you can pass as a dark-skinned individual “in the right clothing.” This is a problematic statement. It not only implies that different ethnicities are anchored to and identified by specific traditional garb but also that you may have socially experimented by playing dress-up, and that is wildly unacceptable no matter how entertained you were by the 1986 comedic romance Soul Man. What does “the right clothing” mean? Did you successfully finish a meal at a Mexican restaurant wearing a poncho and a sombrero without being thrown through the front window? Mr. Murdoch, I’m beginning to think some of your co-workers’ racism is rubbing off on you, in which case you have but one option left in order to prevent the faint skidmarks of bigotry from becoming full-on shit stains of prejudice that, if unchecked, will cover you head to toe in a diarrhea of hate.

Speak up. Voltaire once said to me at a party, “To learn who rules over you, find out who you are not allowed to criticize.” Tell the awful people you work with that you are sickened by their remarks and demand (don’t ask) them to stop. You don’t want to be a target so you wittingly allow people of color to be instead? That’s idiotic. Speak up. What are you honestly afraid of? Offending a supremacist? Being known as “that-not-racist-guy-in-accounts-recievable”? Are you worried you’re going to come out to your car one afternoon and find it covered in olive branches? The outcome could only be beneficial. No one has a right to hold onto hateful, primitive doctrines no matter how vehemently conservative politicians and religious organizations argue that they do, so don’t for a second think that voicing your disgust is not proper workplace etiquette or worry about rocking the boat. A boat like that needs capsizing. Though I rarely talk in absolutes, racism in the workplace is absolutely unacceptable. There is no other side to the narrative, no different way of looking at or understanding it. Get names, get dates, get quotes, and take them to your employer—and if your examples of such parochialism are ignored and do not inspire change, your employer is the oppressor and the possibility of becoming a target will be null and void because you will obviously cease working for that despicable company immediately, correct?

Stop pretending the racism you are exposed to daily doesn’t exist. Diverting your awareness away from it will not make it go away, it will only create the dark environment necessary to facilitate the growth of such a fungus in our world-consciousness and it will quietly but quickly transform itself from a dangerous ideology into a man with a badge that shoots another man in the head during a routine traffic stop. If you don’t believe me, watch anything other than Fox News.