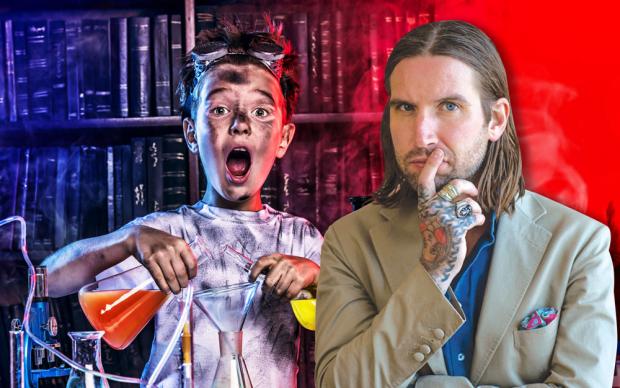 DEAR KEITH: My best friend has begun brewing his own beer and it’s terrible. How do I break the news to him?–SCOTT WITH TROTS

To be honest, up until last month I thought a “microbrew” was a very rare kind of beer made in a lab by knowledgeable scientists who were experimenting with flavor combinations on a molecular level, and that “craft” meant that its production was so remarkable that it was akin to witchery. Imagine my dismay when I found out both terms could justifiably be used to describe a small amount of undrinkable yeast juice that had been sitting on a card table in my dyslexic cousin’s basement.

Since this earth-shattering revelation, I have been suspicious of impressive words. Descriptors such as “farm to table” or “locally sourced” or “adult” now give me pause where once I may have eagerly leapt to indulge, because the requirements necessary to earn these titles have become purposefully duplicitous in order to appeal to an ever-growing populace obsessed with health and supporting small business. For example, any item at Chipotle described as “local” means it has come from somewhere within 350 miles. In that broad stroke, it is possible that the chicken in the burrito you got on Walden Avenue was hatched in the Atlantic Ocean or, even worse, Quebec. And that “organic” bag of kale chips you’ve been eating instead of your once-beloved Lays? Well, that probably has worm cum in it.

I definitely don’t have a point, but if I had to pretend I did, I guess it would be that your friend’s newest endeavor to make something with his own hands doesn’t necessarily mean that he has put his entire heart and soul into it. Therefore I don’t think you have any obligation to act impressed with a genuinely subpar product. He’s not an eight-year-old who hands you a macaroni necklace that you have to pretend you’ll wear when you know damn well it’s the biggest piece of shit excuse for jewelry you’ve ever seen and you want nothing more than to throttle your obese son for bringing shame to your legacy. He’s an adult who makes crummy alcohol, and a verbal thrashing from you may inspire him to tweak variables and work harder in order to improve himself—like the kid from Whiplash who owed his perfect final performance to J. K. Simmons’s character, or how Mary Jo Buttafuoco owes her career as a motivational speaker to Amy Fisher.

Not being honest with your friend in the early stages of his new endeavor may send him the wrong way down a one-way street. Only after it’s way too late will he realize that he is not only bereft of any passion he may have had at the outset, but ill-equipped and bewildered in the presence of those following their true calling. If you don’t believe me, just imagine how much better the art world would be if someone had been honest with Hitler after he finished his first self-portrait. “Scott With Trots,” don’t be the man who tells Hitler he’s “onto something.” Throw your friend’s “craft beer” in the toilet where it belongs and meet me at the Pink.