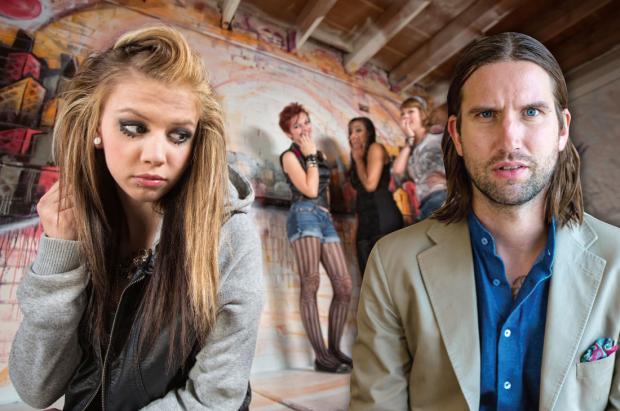 DEAR KEITH: I moved away from my hometown of Buffalo about two and a half years ago to try to”make it” in New York. I didn’t “make it” and now I don’t even know what I thought I would “make” when I was searching for “it.” When I left Buffalo I kind of gave a “So long, suckers!” to all of my friends as a goodbye. Now I’m coming home because it’s way easier to live in Buffalo, you know, with the whole support system of friends of relatives thing going on. I know some friends will take me back no questions asked but I can’t get over this feeling of failure and I know I’m going to face at least a few people who interrogate me about why I’ve seemingly come crawling back home. How do I respond to the interrogators? –MAMA, I’M COMIN’ HOME

MAMA, I’M COMIN’ HOME: Do people still actually dream of making a name for themselves in the Big Apple? I thought that cliched sentiment was strictly reserved for pear-shaped theater majors in 1950s small-town Middle America and modern-day terrorists who hate our freedom. No? There’s still a contingent of starry-eyed artists who have not yet known the horror of walking out to their unlocked car on a crisp fall day and finding a boot on the tire and a strung-out raver in the back seat shooting heroin directly into his soft, grey penis? Isn’t that adorable. “New York Fuckin’ City” a.k.a. “Neon Xanadu” a.k.a. “America’s Roller Coast.” In what city other than the great city of New York can an aspiring young comedian from Barrie, Ontario go to be motivated for about three days before getting E. coli from a human turd he found in the hallway of his apartment building? Where else in this sweet land of liberty can one get a “slice” of pizza or see the entire cast of Seinfeld rollerblading through Central Park or spend an entire month’s rent on bad cocaine all in an afternoon? Nowhere, that’s where. And I don’t mean Nowhere, Oklahoma, the unincorporated community in Caddo County located at the southeast end of the Fort Cobb Reservoir, 5.5 miles south-southwest of Albert and 14 miles northwest of Anadarko. I mean nowhere the adverb or maybe nowhere the pronoun; I’m terrible with grammar. That’s where.

If anyone is angry at you for disavowing your historically and culturally rich stomping ground of Buffalo and all the kind, genuine, inspiring, hard-working, and proud people in it in order to chase some vague, nearly inaudible calling down winding paths toward a nebulous and disingenuous end game on the other side of the state, it’s only because they’re haters and my advice to you is simple: Buy a hat that says “You Hate Me Cuz You Ain’t Me” and wear it everywhere you go—to the movies, to dinner, to church, out to a ballgame, down to Paradise City. Never take it off. It’s a simple but unmistakable proclamation that lets the people who are concerned about your well-being know that your misguided pipedream is not to be stymied by their “love” or “wisdom”; that your perverse desire to follow in the footsteps of Adam Arkin’s character in the 1977 CBS situational comedy Busting Loose surpasses logic and is more important than financial stability; that you will, as god is your witness, take a selfie in front of that one bodega from Kids where Casper stole the 40-ounce after Telly makes him sniff his dirty finger.

Crawling back to your friends and family after having your dreams crushed is as much a part of life as discovering secret parts of your body while looking at a cardboard cut-out of Elvira in your childhood friend’s basement. Each of us will do it at one point or another, though nobody seems to be talking about it. Truth is, we’re supposed to fuck up. We’re supposed to dare in order to fail, in order to suffer, in order to learn, in order to dare again, because it is the only way we will ever know ourselves. And if you want to make certain that you don’t bruise your ego each time something like this happens (which it will), I recommend you not have an ego. Also, maybe don’t flip off your past and try to squeal your tires before you’re sure your car even starts. Leaving societal expectations behind to chase your light makes you brave, but mocking others for not seeing their own yet makes you an asshole and karmically might be the very reason you had to come back with your tail between your legs at all.

But look on the bright side. At least now you know for a fact that you’ll never make it.