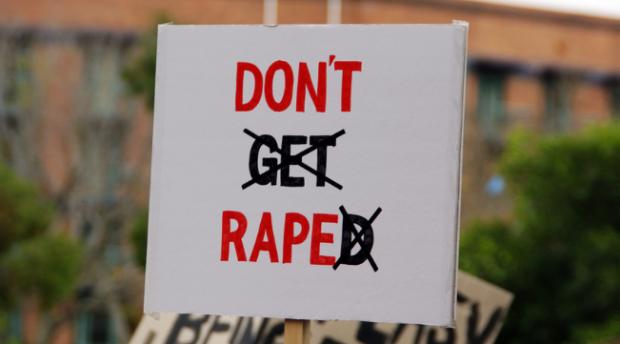 Just a few convenient days after his election as Supreme Court Justice, outgoing District Attorney Frank Sedita issued an unusual statement explaining that his office was not going to prosecute Patrick Kane for allegedly raping a young woman in August. The case has been plagued from the very beginning by strategic leaks of information seemingly from people with something to promote or defend. The vast majority of these leaks seemed to assail the alleged victim, accusing her of being a liar or a gold-digger or that there was a lack of forensic evidence to corroborate the allegation. The best that the alleged victim’s friends could do was leak to the News that she’s a really good person.

To recap: the first article I published explained why club owner Mark Croce engaged in blatant slut-shaming to the Buffalo News. I followed that up with a Kane case FAQ, and a further analysis of the victim blaming that was taking place in the press from literally the moment this news hit. Kane had an off-duty cop on his payroll, and he also told the News tales about the alleged victim and Kane supporters took that all at face value. Paul Cambria argued with me about the case on Facebook, and that made a bit of news, the leak about a lack of DNA evidence happened, and then the alleged victim’s mother attempted to perpetrate a fraud on her daughter’s lawyer, the public, and the system with an evidence bag. District Attorney Sedita held a dramatic press conference where he quite clearly expressed his personal prejudices about the case, indicating that a prosecution was going to be unlikely and explaining that he had exchanged exculpatory Brady material with the popular and wealthy alleged perpetrator’s legal team during the investigatory stage — something unprecedented, according to criminal lawyers with whom I spoke.

Over the course of this past week, we learned that the alleged victim was no longer going to cooperate with this District Attorney’s office, citing the “stress” of this investigation, and the case was ended two days after election day.

Here are some points to consider:

He’s not even “not guilty”. Despite Mr. Sedita going miles out of his way to cast aspersions on the alleged victim and protecting the alleged perpetrator, no one knows what, if anything, happened between Kane and the alleged victim that night in August. One thing is for sure, because the alleged victim won’t cooperate, we’re unlikely to find out in a court of law what happened. I heard several male commentators take to the air over the last few days, including half of “Cellino & Barnes”, explaining that even a civil lawsuit was unlikely.

There was no trial—no jury, no nothing—to determine Kane’s guilt of lack of guilt. I haven’t seen anywhere that the alleged victim had recanted.

Sedita’s statement about what he characterized as, “this so-called ‘case’” added that it was, “rife with reasonable doubt.” But that’s not the standard at this stage — the D.A. was assembling evidence to present to a grand jury, which would be tasked with determining whether there exists probable cause that a crime occurred. Reasonable doubt is a job not even for the grand jury, but the trial jury. Sedita seems to have skipped all of those steps for one of two reasons; 1. He doesn’t believe the alleged victim and doesn’t want to trouble Kane with this anymore; and/or, 2. His office is notorious for being selective about prosecuting high-profile cases only where there exists a strong likelihood of success.

As a disinterested observer of this entire case, my impression was that the D.A.’s office was more interested in protecting the alleged perpetrator than the alleged victim; more worried about the hockey star’s reputation than whether something wrong may have happened one August night. I’m not saying that’s what happened—only that it is the impression that they left.

I can’t recall another case of any sort where the D.A. so openly vocalized his sympathy with an accused, where law enforcement bent so far over backwards for an accused. Well, at least not since Antoine Garner allegedly murdered then stuffed Amanda Wienckowski in a garbage tote. Sedita told us that the, “physical and forensic evidence … tend to contradict the complainant’s claims.” Well, why have trials if we can just ask the District Attorney to find facts and assess credibility for us? You can see the entire statement and the News’ reporting here. It sounds like a report of a trial that never took place; that took place only within the District Attorney’s office. The details that Sedita revealed raised more questions than they answered.

“The physical evidence and the forensic evidence, when viewed in tandem, tend to contradict the complainant’s claim that she was raped on Kane’s bed,” Sedita’s statement said.

Could she have been wrong? Whatever happened—could it have taken place in someone else’s bed? Room? On a couch? This was her first time in Kane’s house.

He was represented and advised by a competent and experienced criminal lawyer who, according to a radio interview this week, specifically advised him to conduct himself normally.

The DNA results “lend no corroboration whatsoever to the complainant’s claim of penetration.”

All of these factual inconsistencies exist in any case—large or small—and that’s why we have prosecutions and trials and arrests and presentments to grand juries.

3. A Big Win for Rape Culture

We’re already seeing articles explaining how Patrick Kane can rebuild his prior reputation of being a stumbling drunk who punches out cab drivers over pennies in change. Not satisfied with an end to the prosecution, Cambria made sure to mock the young accuser, “[s]tress and strain? Every week, my office would get pictures sent to us of this young woman at parties and social occasions, living it up…I do not believe she was suffering stress and strain.” Did Cambria produce these pictures to the News? Did the News follow up on that? Then why print it? Cambria is being paid to represent a client, he makes a statement accusing a young woman of having a social life, and the News prints it, verbatim, without even checking to see if it’s true. James Brown was right: This is a man’s world.

As all the Kane fans take to social media and condemn Kane’s accuser for being a gold-digging whore who should be sued—or worse—I have no doubt that something happened on August 2nd at Kane’s house that deeply troubled the alleged victim to the point where she accused Kane of rape. It might not have risen to the level of rape—she’s not a lawyer—but there exists absolutely no evidence that she was just out for a big payday, or that she concocted this entire story out of whole cloth as part of a grand scheme to extort money. The young college student and cheerleader probably doesn’t need the grief that’s ensued. Her mother’s ill-advised and harmful stunt didn’t help matters any.

Kane wins, and gets to carry on with his life, at least until the next drunken escapade or assault. The criminal justice system is the real victim here—it’s exceedingly difficult to prove and prosecute rape cases, and this entire freakshow hasn’t made it any easier. It hasn’t given women any assurance that they’ll be treated with respect or fairness if they accuse a powerful and influential man of an assault. It certainly didn’t do any favors for the victims of rape and sexual assault, or the people who make their lives helping them. It hasn’t done a stitch of good in terms of battling back against the rape culture pervasive not just in the fraternity of sports, but in our society overall.

Powerful males in law, law enforcement, Buffalo’s bar scene, and media pulled out all the stops to protect Kane and make the accuser’s life a living hell. The odds were stacked against her from the moment she called the cops in August. The leaks to the media—almost all of which were antagonistic to the accuser—were well-coordinated and devastating. The reaction on social media that I’ve seen is troubling. Quite honestly, from what I can tell, the truth and justice never had a chance.