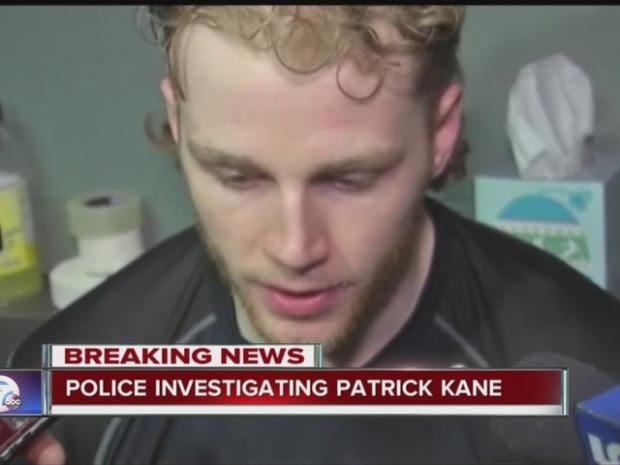 In the Buffalo News, friends of the alleged victim would like you to know that she’s a responsible and trustworthy sort and that she deserves people’s respect and consideration. It seemed a “too little, too late” response to the appalling victim-shaming Kane’s alleged victim received thanks to Mark Croce. (Here, once again, is the Pat Kane FAQ).

We also recently learned some details from the off-duty cop who gave Pat Kane, his male friend, the alleged victim, and her female friend, a ride from Buffalo down to Kane’s house. The cop’s information appears to contradict the alleged victim’s friends’ assertion that she didn’t want to go to Kane’s house, but went to accompany her friend. All of this cross-talk isn’t helping anyone but Kane. Everyone — and I mean everyone — should take a cue from all the lawyers involved in the case and stop talking to the press. This is especially true for the people who have ancillary “information” that bears no reasonable connection to the alleged rape itself. It doesn’t matter who consented to ride to Lakeshore with whom, or for what reason — the News has not spoken with anyone who was in the room with Kane and the woman who was allegedly raped, and that matters because what happened before — at the bar or in the car — isn’t relevant.

The same goes for the alleged victim’s friends who were trying to help. None of them are witnesses as to what happened, yet they’re talking to the media about the alleged victim’s character. I’m sure they thought it might help, but now we have people who are connected to Kane going to the press to contradict that fact. Consider that Buffalo Police Lieutenant Thomas English,

…said he supports Kane, a longtime family friend who has employed him for the past five years.

So a police officer who stands by to drive Kane home when he’s too trashed to drive wants you to know that the alleged victim really wanted to go home with Kane, if you know what he means. Is this real life?

“It was a mutual agreement to go hang out at the house,” English said.

English, in discussing the Kane matter, was not speaking as a representative of the Police Department. Officers are prohibited from speaking to reporters in official capacity.

Croce said he spoke last week with a District Attorney’s Office investigator and told his general manager to fully cooperate with the authorities in providing a list of bartenders and their contact information.

So, here’s a question — what’s on Kane’s bar tab from that night? Croce went out of his way to tell the News that Kane only had a couple of drinks and a couple of shots in an effort to establish that he wasn’t visibly drunk. Go get that information. After all, that bar tab is impartial and has no motive to support or attack anyone.

If you want to read something responsible about the Kane case in the Buffalo News — something that isn’t based on irrelevant observations, hearsay, irrelevant extraneous information, and information about the alleged victim’s character — in other words, if you want to read something that doesn’t pre-emptively poison the jury pool and attempt to try the case in the really unreliable court of public opinion, then read this “Another Voice” by Jessica Pirro from Crisis Services, and this commentary by Amy Moritz on rape culture.

The accused athletes are not unfailing heroes. They’re not your “brah” even if he did once buy you a shot. Nor do all athletes abuse their protected cocoon of athletic privilege.

So let’s step away from our corners and our fierce loyalties and take a beat.

Let’s move beyond playing the ill-informed “he-said-she-said” game and really examine the ways in which our sports culture perpetuates rape culture.

Everyone who thinks they observed something needs to shut up, and the good-hearted people who are trying to bolster the alleged victim’s character aren’t necessarily helping, either. “No comment” works, and talk only to the cops — not to the press.