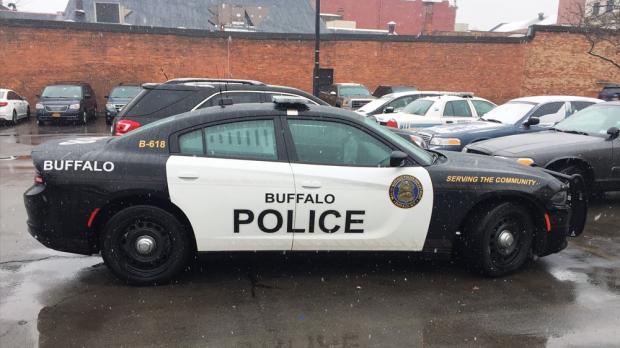 Last year, the city’s homicide squad were killing it with overtime while murderers killed with impunity. The Buffalo Police Department cleared only 8 out of 2017’s total of 41 homicides, not including the two homicides committed by police.

Yet despite having cleared under 25 percent of murders in 2016 and 2017, Buffalo homicide detectives almost doubled their pay with overtime, city payroll records show.

The 23-member homicide squad, including detectives, sergeants, and one technician earned nearly $1.6 million in overtime in 2017, above their combined base salary of $1.73 million.

In 2016, BPD investigated 44 homicides, clearing only 11 of them. That’s a 22 percent clearance rate since 2016. That rate can improve as older cases may be solved, but Buffalo’s poor homicide clearance rate has been an issue for years, and almost every time the city speaks on the issue, they point to lack of cooperation from the community.

Police and prosecutors have launched a number of initiatives focused on community relations and are looking at increasing the financial reward for potential witnesses and a new mentoring program, but not the mayor, not the district attorney, and certainly not the Buffalo News seems to consider how the BPD has bulldozed community relations in its poorest and overwhelmingly minority neighborhoods through the use of traffic checkpoints, stop-and-frisk-like police stops, dog killings during marijuana raids, an arrest rate for marijuana that disproportionately affects minorities at a rate of 8 to 1, officers who provide court testimony that judges fault and dub “inventive”, a police department that conceals or obfuscates the truth on violent confrontations, and repeated police brutality incidents including two homicides in 2017 with only limited accountability.

A Buffalo News editorial this week claimed that the “homicide clearance rate will go up when the community believes in police.” But what has the city done to earn that trust in light of the glaring systemic issues with department? And why does the News almost never explore why the community has lost that trust to begin with? A mentoring program is a good start, but it smacks of a token gesture; a Band-Aid on a stab wound. We see it the other way around, that the homicide clearance will go up when the police start believing in the community.

In an Open Buffalo survey on police relations in 2016, only 9 percent of black males reported they felt that BPD respects people of color. A damning report by the Cornell University and SUNY at Buffalo law schools that has launched a state attorney general investigation into BPD practice and policy concluded that “Buffalo’s law enforcement practices have prioritized revenue and a racialized urban renewal initiative over the public safety needs and constitutional rights of its residents, and the African American and racial minority communities in particular.”

Last week, the conservative National Review rescinded their longstanding support of stop-and-frisk, noting that after the New York Police Department ended the controversial practice, violent crime continued to fall, against their expectations. They also realized that according to the data, stop-and-frisk meant “hundreds of thousands of New Yorkers were unjustly subjected to embarrassment or even humiliation.”

In Buffalo, you can get embarrassment, humiliation, and a ticket for having window tints too dark at a checkpoint that the BPD’s Strike Force unit deploys daily, often in multiple locations usually concentrated in minority neighborhoods.

The authorities often blame a gang subculture for the poor clearance rate, as if gangs didn’t exist in other communities around that nation with higher clearance rates. When they’ve expounded on the matter in the past, a cynical argument forms.

In 2015, from the Buffalo News: “Authorities attribute the low clearance rate largely to a lack of cooperation among the criminal element. City officials say one or two recent homicide victims, including one last weekend, may have been prime suspects in other killings, allowing police to clear those cases.

In 2016, from Investigative Post: “A lot of it is gang retribution,” [then-District Attorney Frank A.] Sedita said. “A number of people who’ve become homicide victims, a week before they were prime homicide suspects.”

The subtext behind those statements by law enforcement brass certainly suggests to some in their ranks that maybe some homicides aren’t even worth solving.

Is there anyone left on the Common Council or in the mayor’s office who wants to ask how the homicide squad doubles their salary on overtime and can’t seem to actually solve murders?