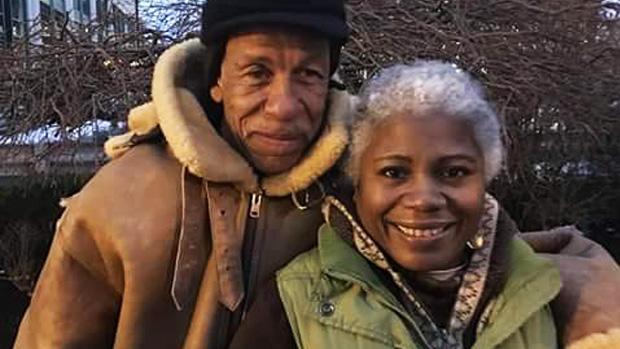 Act 1: The Ballad of Cariol Horne

The plight of former Buffalo Police officer Cariol Horne has been heard nationwide for more than 10 years, and even as her case has been strengthened by events that have transpired since, she appears no closer to resolving the Buffalo Police Department’s sloppy termination of her 19-year run as a police officer.
Eleven years ago, Horne was responding to a domestic disturbance on Walden Avenue. When she arrived, she found a fellow officer, Gregory Kwiatkowski, punching a handcuffed suspect in the face. After Kwiatkowski along with other officers had dragged the man, Neal Mack, out of the home, Kwiatkowski, apparently still upset about whatever had happened before Horne arrived, began choking Mack. Horne interceded physically, and was repaid with a punch to the mouth from Kwiatkowski that injured her. Subsequently she lost her job and her pension: Horne, an African American, was terminated from the BPD for helping a man being choked by a fellow officer, also an African American. Horne also lost a defamation lawsuit filed against her by Kwiatkowski.

In the protracted meantime, Horne has unsuccessfully fought for justice and Kwiatkowski has done more of the same. In a 2009 incident, Kwiatowski along with two other officers, confiscated a BB gun from a group of teens near Eggert road, handcuffed them in the car and shot at them with the same BB gun, striking one youth in the leg and groin. In 2011, Kwiatkowski, then a lieutenant, chose to retire while facing an internal investigation into an incident in which he grabbed another fellow officer by the neck in retaliation for that officer’s request to be placed elsewhere in the force, away from Kwiatkowski. Further, Kwiatkowski was charged earlier this year on DWI charges stemming from an ATV event in the Watertown area.

Last week, Kwiatkowski finally pled guilty for the BB gun incident on the eve of the trial, convinced that his fellow officers would impugn him. “He admits using unlawful, unreasonable, excessive force,” Assistant US Attorney Aaron J. Mango told the Buffalo News.

Horne, who has moved back to the area to follow the trial and continue fighting for her case, expressed some surprise and relief that Kwiatkowski made any kind of admission. “Yes I am surprised. If he didn’t do anything then it doesn’t matter what someone else says,” Horne told The Public about Kwiatkowski’s co-defendants. “There’s no one to protect him from his wrongdoing, I’m surprised because of that reason. I thought that he felt he would get off like he got off with all the rest of the things he did.

“As far as the city is concerned,” Horne also said, “they could have chose to have done the right thing a long time ago, and they chose not to. So with him admitting that he did something wrong, maybe I can go back to them, but at the same time even if I go back they don’t want to admit they were wrong.”

Horne took her case to the Buffalo Common Council in 2014, but was rebuffed by the city’s legal defense and the state regulations which govern pension amounts. Horne has gathered nearly 164,000 signatures on an online petition calling for the restitution of her pension.

Horne still feels that the city punished her unduly for breaking the unwritten code of the police that seems to supersede the job’s oath, to serve and protect. About her treatment, she said the city “didn’t want to give officers the idea they could stand up against police brutality.”

“There is a culture within the Buffalo Police Department that is not easy to change,” the FBI’s then Agent-in-Charge Brian P. Boetig told the Buffalo News in 2014 about a string of high-profile brutality cases, including Kwiatkowski’s.

The city has not responded to a request for comment on Kwiatkowski’s guilty plea.

Speaking of the FBI and the Buffalo News, this corner wishes to commend the News for taking the city to court over its refusal to release the cellblock video that allegedly depicts the brutal beating of Shaun Porter. The city has long lacked transparency in its criminal justice public relations, and it’s necessary that media companies with the resources to do so pursue Freedom of Information law.

Reporters are currently hard-pressed to get any vital information from the city including number of shooting incidents, number of “quality of life” tickets and summonses issued in poor, predominantly black neighborhoods versus more affluent white neighborhoods, the number of use-of-force complaints, and other internal affairs information. Consider these two tweets from News reporter Tiffany Lankes.

Buffalo Police spokesman refutes @AaronBesecker data on shootings in the city. But police won’t provide any of their own numbers.

Public has right to know how often shootings happen in the city. BPD won’t release the numbers, so @AaronBesecker pulls from their reports.

The Public has also attempted to gain access to the video from the FBI and the city. A form letter dated October 13, 2016 asking for “20 days for a search and review of this request” to be followed by written notification has stalled. Messages left for the BPD’s Freedom of Information office have not been responded to.

The FBI responded with a form letter asking for documentation “demonstrating the public interest in the operations and activities of the government outweighs the substantial privacy interest of the subject.” The Public responded with a letter describing the city’s racially biased police patterns, the city’s numerous use of force complaints in recent years, the city’s staggeringly low clearance rate for homicides, and recent surveys showing that many citizens don’t trust their police. The request was denied and closed on November 17.

According to reports, Porter, an African American, was arrested at a domestic disturbance and was brought in handcuffed to the Buffalo Police cellblock. The attendant guard, Matthew Jaskula, took exception to Porter’s request for an attorney and pushed or tripped Porter so that his head struck a wall and he lost consciousness. The two arresting officers were also present during the alleged assault.

The cellblock attendant then dragged the limp, bleeding body of Porter into a cell until Porter’s injuries necessitated an emergency trip to ECMC. Porter contacted The Public in June and recounted the event. At the time, Porter said that on the way to the ECMC, those same two officers stopped the car and opened his door, causing him to fear for his life at the time. According to Porter and other reports, the incident was reported to the FBI by one or several of Jaskula’s colleagues when they discovered the injuries and reviewed the video themselves.

Jaskula has since been indicted over the incident. The two arresting officers who witnessed the event and did not report it have escaped any such prosecution.

The city and FBI have steadfastly refused to release the video. In contradiction to practice elsewhere, Buffalo Corporation Counsel Timothy A. Ball has defended this to the News as being part of an ongoing criminal prosecution and arguing that the video should be considered a personnel issue, thus barring it from release.

Ball is the same attorney who provided the city with the legal framework to terminate Cariol Horne and subsequently deny her pension.

The lead story on Sunday’s New York Times was a report on the state’s racially biased prison system. Not only are blacks more frequently arrested, prosecuted, and sent to prison for longer than whites, once they get there they are more likely to be punished excessively, denied parole, and placed in solitary confinement. It’s a harrowing report, one that illustrates that in many Upstate prisons, the guards are almost exclusively white.

With the understanding that county correctional facilities aren’t the same as state prisons, we direct your attention to page 17 of the Erie County Legislature’s November 7 release of claims being made against the county. A man named Reeseie Nash submitted an affidavit against the Erie County Sheriff’s Department that on August 25, after a strip search, he was beaten:

Officer Moss did physically strike me several times with his hands and boots causing headaches, nose bleed, dizziness, swelling, Tooth loose, a hard time walking and neck/shoulder pain (L) side. The incident arose after citing racial inequality at a disciplinary hearing. During the beating he stated “Do White Live Matter” in question form. In retaliation, (2) misbehavior reports were drawn and Admin seg order written to hush and keep conduct of officer aware from population and others.