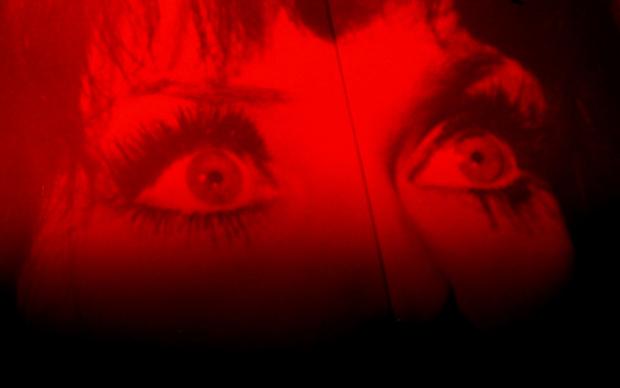 16 film screenings and events that film-lovers should plan on this fall.

Summer may be over, but that doesn’t mean the drive-in is closed. It’s a cultural advantage most of the rest of the country doesn’t get to enjoy: double features of popular new features delivered by modern digital projectors and FM sound.

We’re already into the 17th year of the popular film series in which University at Buffalo professors Diane Christian and Bruce Jackson (also an editor-at large for The Public) open up their film class to the public. They cast their net wide for a range of features from classic noirs to foreign films that haven’t previously been screened in Buffalo.

This year’s edition of the annual salute to Irish film and theater event runs all day from 1pm. The afternoon features a pair of historical documentaries, while the evening section is devoted to Samuel Beckett, including a staged reading by Vincent O’Neill of Krapp’s Last Tape and Quad 1 & 2, a pair of short films Beckett made for the BBC in 1981.

The next entry in the monthly Thursday Night Terrors series of classic 1980s horror films is this gleefully cheesy zombie epic, produced by Dario Argento and directed by Lamberto (son of Mario), with music by Goblin’s Claudio Simonetti.

Branching off from Cinegael, a new annual series that will spend a weekend exploring the cinema of a particular country. This inaugural edition will focus on the rich filmic tradition of Iran, including screenings and lectures. Free and open to the public.

Cultivate Cinema Circle, the free-floating group now in its third year of matching films to appropriate local venues, begins a series of late films by Robert Altman, to be followed by The Player and Gosford Park on the first Thursdays of November and December respectively.

This long struggling festival finally got on its feet last year with a dedicated new team, and there’s no reason not to believe that it’s tenth year—yes, BIFFX—will cement its foothold. Tickets are already on sale; a pass that gets you into as many of the 35 features and 60 shorts as you can make it to is only $35. www.buffalointernationalfilmfestival.com.

The original vampire movie, a classic of German expressionism, will be given a live musical accompaniment by the eclectic Austin, Texas band the Invincible Czars.

Documentary portrait by Beth B. of her mother Ida Applebroog, both visitors to Hallwalls at various points in its history.

The venerable Old Chestnut Film Society has been around long enough that it may be impolite to ask its age, but it’s well into its fourth decade. Proprietor Grant Golden hosts monthly screenings featuring his own 16-millimeter prints, and many of the films he shows are not available on DVD or any other new-fangled technology. This year’s series devoted to Barbara Stanwyck opens with this rarity, a riverboat musical co-starring Joel McCrea and Walter Brennan.

Amherst’s the Screening Room is the place to be in the week before Halloween, where you’ll be able to see Mel Brooks’s Young Frankenstein, Mario Bava’s Hatchet for the Honeymoon, the locally produced horror comedy Killer Rack (yes, it means what you think it does), the original Halloween, Vincent Price in House on Haunted Hill, Edward D. Wood Jr.’s infamous Plan 9 From Outer Space, and George Romero’s Night of the Living Dead. And this maybe your last chance to visit their longtime home before they move to their new location in the Boulevard Mall.

You may not have the time, money, or stamina to attend the Toronto International Film Festival, but a day trip to its year-round component always offers something of interest. This comprehensive retrospective of the late German filmmaker includes restorations, rarities, and Toronto premieres, along with a sidebar featuring 15 of his favorite classic films.

The exact dates haven’t been announced, but presumably we can expect a 10th edition of this dependable showcase, presented by the Permanent Chair of Polish Culture at Canisius College and highlighting some of the best recent movies from a country with a rich cinematic heritage.

Under the aegis of local filmmaker/novelist (and occasional The Public film reviewer) Gregory Lamberson, this annual showcase (now in its seventh year, originally as Buffalo Screams) is not only a showcase for well-chosen horror and fantasy movies but for recent local productions of all genres as well. Expect some bonus events after the official end date.

In this BBC documentary, the British architectural critic takes us on a tour of his favorite city, a place that he acknowledges needs to be explained. He proceeds to do so, with the help of Henry Miller, Norman Mailer, and a talking car. The definition of a time capsule piece.