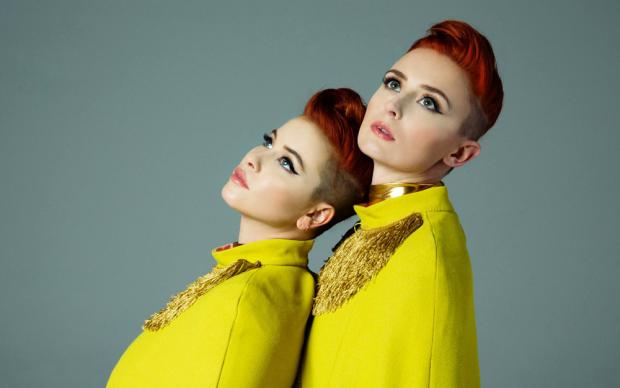 The summer concert season in Western New York was great, but the fall tour lineup is where you’re likely to find some of the most exciting concerts of the year. It’s time to leave the bigger outdoor festival acts for more intimate club shows. Here is our list of 10 must-see fall concerts.

Though this show is sold out, it’s worth reminding ticket holders that it’s coming up, as tickets went on sale in January. The legendary Beach Boys frontman will, for the last time, deliver the band’s seminal album, Pet Sounds, in its entirety. Originally released in 1966, this year marks the 50th anniversary of the iconic concept album. Brian Wilson comes to the UB Center for the Arts Mainstage Theatre on Wednesday, September 28.

Anklepants exists at once to make his audience feel uncomfortable, but also to quickly alleviate that discomfort. He does this by donning a mask with a low-hanging, mechanical dong as the nose, but once you’ve accepted that his nose-dong will be donging around in front of you all night, you’ll find yourself dancing and moving along to his bizarre yet groovy performance. Anklepants comes to Mohawk Place on October 7.

Among Steve Albini’s list of accomplishments are his work as a music producer, music journalist, and guitarist for his band, Shellac. As a music producer, his greatest feat was the recording of Nirvana’s final album, In Utero. Nirvana frontman Kurt Cobain has stated that the band chose Albini because they liked his work with the Pixies and the Breeders. As a journalist he’s written for a plethora of zines and websites. As a musician his most notable projects have been his punk band Big Black, which existed from 1981 to 1987, and alternative rock band Shellac, which formed in 1992 and has released several influential albums including 1994’s At Action Park, 2000’s 1000 Hurts, and, most recently, 2014’s Dude Incredible. Albini will bring Shellac to Buffalo for a super intimate show at the 9th Ward on October 18.

Since debuting as Classixx in 2013 with their album Hanging Gardens, the Los Angeles-based duo have found strength in collaboration. The highlight of Hanging Gardens, “All You’re Waiting For,” featured LCD Soundsystem’s Nancy Whang on vocals and piqued the interest of the DFA Records crowd. On their latest, Faraway Reach, they harnessed that strength and multiplied it, working with the likes of Passion Pit, How to Dress Well, and even T-Pain. If the crowd is into it when they come to the Waiting Room on October 18, then this could be one of the best dance parties of the year.

At first White Fang will make you cringe, like a shot of tequila without a chaser. The party-punk band from Portland, Oregon play songs with titles like “Bong Rip” and “Wrecked”—as in “get wrecked”—and the substance of the songs don’t go much beyond those themes, but it’s hard to deny that it’s just good punk rock music. It’ll make you laugh, it’ll make you want to shotgun a beer and puke into your own American flag hat, and then you’ll finish off the night with some Taco Bell and wake up in the morning and want to start your own band. Because these guys just look like they’re having a lot of fun. Their new LP is called Chunks but start with their 2011 album Grateful to Shred. In all honesty, you’re not going to need to know these songs to enjoy them. White Fang comes to Mohawk Place on October 20.

Kill the Noise is a Rochester-based electronic music artist who has made music with some big names including Skrillex, Passion Pit, and AWOLNATION. His music has been featured on Adult Swim and in movies like the latest Teenage Mutant Ninja Turtles. He’s been played some big festivals this summer, but he’ll come to the more intimate Lift Nightclub on October 22.

The latest album from Lucius is called Good Grief and it’s very appropriately titled. It’s not a Charlie Brown reference, but more a reference to the way we bask in our own depression and anguish. In that context, the record, which is mostly about anxiety, mental illness, and heartbreak—song titles include “Madness” and “Gone Insane”—is actually pretty ecstatic and ironically gleeful rather than sorrowful. The record also stands in contrast to their 2013 debut, Wildewoman, which was rooted in retro vibes and organic soul sounds, where as Good Grief is far more a contemporary pop album. The band, led by look-alikes Jess Wolfe and Holly Laessig, comes to Asbury Hall on October 26.

At the end of this month, irreverent Detroit-rapper Danny Brown will drop his highly anticipated third LP, Atrocity Exhibition. From the sounds of the the album’s first single, “When It Rains,” we’re in for another ferocious, weird, and punch thumping record from the 35-year-old rapper. The record will also feature some familiar names including  Kendrick Lamar, Ab-Soul, Earl Sweatshirt, Kelela, and more. Danny Brown comes to the Town Ballroom on November 5.

These days a Fitz and the Tantrums is pretty eclectic. It usually includes a little bit Northern soul, some New Wave, and some straight-up pop music. The Los Angeles-based band hasn’t been afraid to start from scratch on each record, moving from the Depeche Mode-inspired new wave on their 2013 record More Than Just a Dream to the indie pop of their most recent self-titled album which was released in June. The six-piece band comes to the Rapids Theatre on November 18.

Sloan, the Canadian alternative rock band, are still at it after 11 albums. Their most recent album, 2014’s Commonwealth, garnered positive reviews, but on this tour they’re focusing on the 20th anniversary of their 1996 album One Chord to Another. The band has recently released a deluxe version of the album and will play it in its entirety at their show at Buffalo Iron Works on November 19.