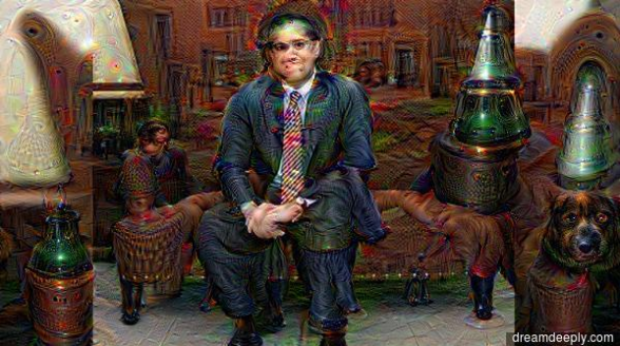 Everyone makes mistakes. The more charitable among us ask people to learn from them, lest they be repeated.

When it comes to issues relating to New York’s already comically lax and porous campaign finance regulations, mistakes can certainly be tolerated, but only up to a point.

After a while, “mistakes were made” becomes a convenient excuse uttered to avoid criminal liability.

One of the first things a student of criminal law learns is to define “mens rea” and “actus reus”. The latter is the commission of an illegal act — anything from stealing a piece of candy to murder. The former involves the trickier question of intent. The penalty for the illegal act of homicide is different for intentional murder as opposed to accidental manslaughter. It can even be excused altogether in the case of, say, self-defense. Therefore, it behooves someone caught doing something wrong to simply say it was an accident — a mistake or clerical error.

That might make a prosecutor’s job more difficult, but intent is usually proven through circumstantial evidence.

The Buffalo News published a story on Sunday written by Bob McCarthy, but the information therein was clearly supplied by Republican Board of Elections Commissioner Ralph Mohr. McCarthy and Mohr explain that the Buffalo Republican Committee is out of money, and that its prior chairman stands accused of draining its treasury by making donations to political committees controlled by rogue nominal Democrat G. Stephen Pigeon.

Pigeon is believed to be a target of the state and federal investigations into campaign finance illegalities we’ve come to know as “Preetsmas”. At least since his ouster as chairman of the Erie County Democratic Committee, Pigeon has made a career of of attracting and funnelling big money to thwart the Democratic Party and help transactional malefactors like Pedro Espada, or the Republican Party, as happened in Erie County in 2009 and 2013. He stands accused of doing this through careful manipulation and exploitation of the outer edges of campaign finance legality. When he or his lieutenants push through the regulatory envelope, they can just say it was a clerical error; a mistake; inadvertent.

But they’ve been doing this for years. They’re professionals. This is what they do. Nothing is a mistake — all of it is calculated, based on the presumption of regulatory and prosecutorial distraction and inaction.

The Buffalo Republican Committee contributed a jaw-dropping $9,200 in October 2014 alone, and none of the recipients of that money accounted for it in mandatory reporting to the state Board of Elections. $4,700 of that was donated to yet another, hitherto unpaid-attention-to Steve Pigeon ratfcking PAC called “WNY Freedom”.

Pigeon set up “WNY Freedom” in late 2013, around the same time that the Preetsmas target WNY Progressive Caucus (a/k/a “AwfulPAC”) was winding its activities down. Its first donations, as the News reported, came from Carl Paladino.

For some reason, Carl didn’t just send a check for $1,000, but instead broke it down into five separate $200 donations made by five separate Carl-controlled LLCs, making good use of New York’s execrable LLC loophole.

“WNY Freedom” filed “no activity” statements in every 2014 financial disclosure report to the State BOE, which leads me to believe that Pigeon was planning to use it for whatever Pigeoning sabotage he was planning to undertake against Democrats during the 2015 election cycle — a sabotage that has been thwarted thanks to a distraction courtesy of state and federal investigators. And that’s the problem, because the city Republicans gave WNY Freedom $4,700.

He said he viewed the city GOP and Pfaff as helpful toward building a new majority on the School Board, but never knew how his donation would be used.

We still don’t, as WNY Freedom has never disclosed any expenditures whatsoever. It is true, however, that Pfaff helped Paladino by assisting in gathering petitions for Patty Pierce, Paladino’s majority ally on the school board. It should be noted that Pfaff lives in Kenmore.

Pigeon earlier this year blamed “clerical errors” for discrepancies in figures reported to the Board of Elections for purchases of television advertising by the WNY Progressive Caucus and the actual amounts spent at local stations.

Pfaff, meanwhile, acknowledged mistakes in keeping WNY Progressive Caucus records, especially in reporting that Pigeon received $25,000 from the committee for consulting services. Though Pfaff acknowledged listing the $25,000 as an expenditure, he called it a mistake. He and Pigeon said the money was never received, with Pigeon blaming “sloppy” record-eeping for the entry in the campaign reports.

Pfaff now claims more mistakes and problems communicating with the state board for the failure to record any donations to WNY Freedom.

Pfaff went on to claim that the state board didn’t recognize that he had replaced someone else as treasurer of WNY Freedom. It’s true that the state BOE lists a Franklin Street address for WNY Freedom, not Pfaff’s Kenmore address. But it would have been incumbent on Pfaff to take affirmative steps to make the necessary changes and disclosures — not wait until July 2015 when Bob McCarthy starts calling. The Buffalo Republicans went from $20,000 to $450 in one reporting cycle.

“Two guys came in and gave me their card. We had a pleasant chat,” he said. “I did not knowingly or willingly break election law. I just don’t do that.

“There was poor record-keeping and poor filing,” he added. “I don’t do this for a living, I do it to help out people. And people make mistakes.”

They sure do, but how long have David Pfaff and Steve Pigeon been doing stuff? Over a decade? How do you not know to accomplish one of the most basic things — disclosing contributions made to the political committee for which you’re supposedly treasurer. And if Pfaff wasn’t the treasurer, then it was the treasurer’s duty to do it correctly. This is neither rocket science nor some obscure trap for the unwary.

Former Buffalo Republican Treasurer Joseph J. Surdyk Jr. last September initially made out his committee’s check to People for Accountable Government, another Pigeon-connected independent committee that was active in the 2008 campaign. According to a copy of the check obtained by The News, Surdyk then crossed out People for Accountable Government as payee and substituted WNY Freedom.

Although things are somewhat quiet on the Preetsmas front, don’t for a second think that Kristy Mazurek and Steve Casey have been taking the summer off. They both carried petitions for Michele Brown, a Family Court candidate, and for Mike Drmacich, who is running for Tonawanda City Court. I’m still trying to figure out why Drmacich has a picture with Conservative fusion Party Chairman Ralph Lorigo on his website.

As for Pfaff, who is now on staff with Senator Marc Panepinto, his name has come up repeatedly throughout this Preetsmas holiday season; (here, here, here, here, here, and here). He has been politically involved for years, most of that time as one of Pigeon’s worker bee.

There’s no way “mistakes were made” here, just like no mistakes were made in any of this. Everything that is happening was undertaken deliberately, with the expectation that nothing would come of it; that even if the authorities got wise to it, there’d be a slap on the wrist.

The only “mistake” that was made was overplaying their hand in 2013 and catching the attention of the county and state Boards of Election, and the office of the Attorney General and U.S. Attorney.