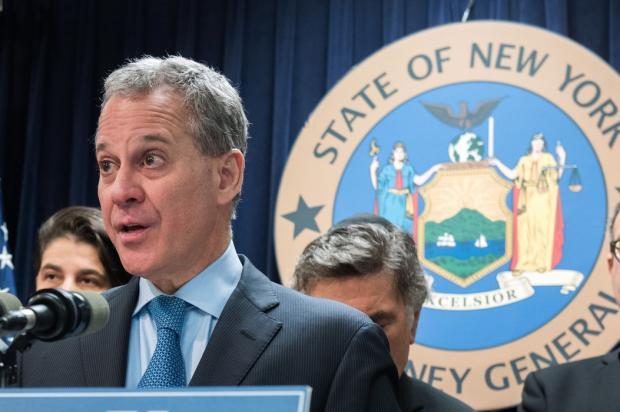 The office of New York Attorney General Eric Schneiderman sent the Buffalo Police a request for information on Wednesday that revealed that they are indeed investigating a complaint filed on behalf of a local chapter of Black Lives Matter in August.

That complaint alleges a pattern of racially discriminatory and unconstitutional policing. Information on checkpoints and police and housing policies that govern the Buffalo Municipal Housing Authority—some of which have long been sought by legal advocacy groups and journalists and are subject to ongoing litigation—is now due to the Civil Rights Bureau of the AG by December 20.

The complaint filed in August titled “Authority without Accountability” makes a direct correlation between the state’s economic development initiative nicknamed the Buffalo Billion that simultaneously ushered in an era of “zero tolerance” policing, a practice harshly criticized and questioned by government reviews, advocacy groups, judges, and criminal justice scholars in its implementation in other municipalities. Mayor Brown employed a zero tolerance plan when he first ran for mayor in 2005, and again used the same language in campaign literature last spring. In 2012, the city launched its Strike Force unit to target gang activity, but also low-level criminal activity including things as minor as garbage tote violations. While Strike Force has been conducting daily checkpoints for years in the city, the AG is seeking all its information since 2015.

The AG is seeking is locations, rationale, and any and all supporting policies and documentation associated with the checkpoints, and the city won’t have the option of cutting up their data by council district quadrants as they have thus far. Analysis by The Public determined that in the 2017 data released by the Common Council, 85 percent of the checkpoints in North District and Lovejoy District occurred in communities of color. Further analysis found that 80 percent of checkpoints in Fillmore district occurred in its eastern quadrants in heavily African-American neighborhoods.

Before the AG investigation was announced, North District Councilman Joseph Golombek defended the use of the checkpoints. ​”The reason there were an increase in checkpoints in North is because the community and I asked for more police presence,” he wrote in an email.  “There have been acts of violence in North that have frightened residents (in particular at Riverside Park).” Golombek also pointed out that his district is 65 percent white.

During the city budget process, Council President Darius Pridgen threw activists in council chambers a bone when he announced he would ask the BPD to release checkpoint data to see if there was indeed any racial disparities as was being claimed. After several attempts to get a response on The Public’s analysis of racial disparity in checkpoint implementation, The Public was told that the Council President was unavailable. “Is he sick? Is he out of town?” a reporter asked. “He is unavailable to respond,” the aide repeated, at least three times.

Emails sent to councilmembers Fontana and Franczyk and to BPD were not returned. BPD has issued a statement to other media denying any racial bias in checkpoint implementation.

In recent months police officials and the mayor have pivoted to dub the checkpoints “traffic safety” measures, but as Golombek’s comment points out, they’re being used as a crime deterrence tactic in designated high-crime areas. Felony arrests for drugs and weapons have occurred over the years at checkpoints, but so have thousands of traffic violations like lapsed inspections or tinted windows, and traffic misdemeanor arrests, and parking tags. Subjecting citizens to increased police intervention because of where they live is at heart of the formal complaint which alleges the practices is a violation of the equal protection clause in the Fourteenth Amendment. But there’s a good chance that the checkpoints are violative of the Fourth Amendment no matter where they are located, and some of those felony arrests end up getting tossed in suppression hearings.

The city has been obfuscating checkpoint data since June of this year when a Freedom of Information request was made by the National Center for Law and Economic Justice for checkpoint information going back several years. The information has been slow to come out, and the NCLEJ and the Western New York Law Center ended up suing the city for allegedly not complying with law. When the data was released, it was released in the form of council district quadrants, instead of by police district, intersection or neighborhood. The reason the police gave for not being more specific was “officer safety.”

On Wednesday, a source in the Attorney General’s office claimed there will be an announcement “next week” on the investigations of both Wardel Davis and Jose Hernandez-Rossy, the two Buffalo men whose police-involved deaths early this year were ruled homicides by the medical examiner.