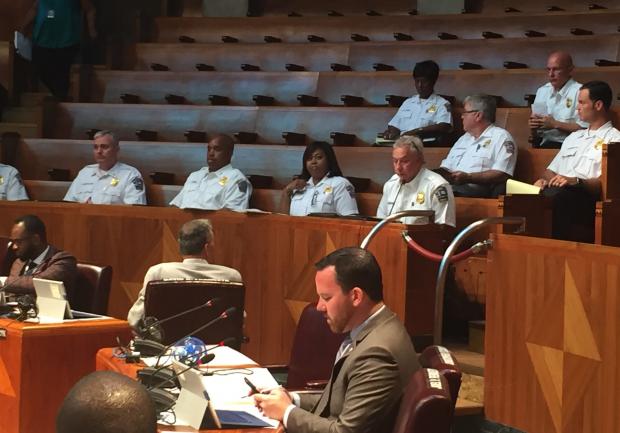 The Buffalo Police Department is being sued by the National Center for Law and Economic Justice and the Western New York Law Center for not releasing information regarding their use of checkpoints in the city since 2013, in violation of Freedom of Information law. The organization has been seeking that information since June 14, 2017.

“These checkpoints, located predominantly in low-income communities of color, raise serious concerns, as documented in a civil rights complaint filed with the New York Attorney General on behalf of Black Lives Matter-Buffalo by Anjana Malhotra,” the press release issued by the NCLEJ stated, mentioning the lead attorney by name in the two-year research project into the Buffalo Police undertaken by the SUNY at Buffalo and Cornell University law schools.

“For too long, BPD has been shielding its checkpoints program from public scrutiny,” said Claudia Wilner, Senior Attorney at NCLEJ.

Last week, at a police oversight committee meeting, Buffalo Police Commissioner Daniel Derenda offered the Common Council its first peak at checkpoint data. The Buffalo Police Department’s Strike Force unit has been engaged in near daily checkpoints for years, and last May, Council President Darius Pridgen announced he would be seeking that information, in response to citizen complaints that checkpoints are heavily focused on the East Side.

A 2016 study called Operation Strikeforce on the BPD’s use of checkpoints during a 60-day period in 2013 includes a map of checkpoint locations, out of 46 locations included on map, only eight of those were west of Main Street or south of Clinton Street. There was no checkpoint location for the city’s Delaware District. The study concluded that checkpoints did not have a provable deterrent effect on crime in areas they were implemented, as that was the reason the city had been giving for implementing checkpoints.

In 2014, Derenda told the Buffalo News that the city chooses checkpoint locations based on crime data. “Our Strike Force officers are conducting daily roadblocks at multiple locations and surprising the criminal element. Because of that people are now less likely to carry guns knowing that they may be stopped at a safety checkpoint,” Derenda said.

Pridgen was told by BPD by July that the city was not recording data on checkpoints and did not have an easy way to access that information, even though the city has had a checkpoint form in existence since at least 2013, according to the BPD manual we have obtained from that year and a checkpoint form we’ve also obtained.

Yet last week, BPD told the Common Council they had a new form, and new way of tracking the data, and offered checkpoint data from August 4 through September 20. The old forms were headed “Buffalo Police Department Roadblock Directive” and contained space for checkpoint locations and little else. The new sheet is headed “Traffic Safety Checkpoint Tally Sheet” and contains multiple boxes for data to be compiled.

During that time, checkpoints were scattered through the and city police wrote over 1900 summonses, with overdue inspections and tinted window violations leading the way. There was one gun confiscated in those 45 days of checkpoints.

Police also claimed that they didn’t have checkpoint data at the ready. “Nobody ever requested it,” Lieutenant Jeffrey Rinaldo told the News.

In the figures released last week, checkpoints were highest in the Lovejoy, North, and Niagara councilmanic districts.

The Buffalo News ran an odd headline on their digital app: “Are most police checkpoints on East Side? Most recent stats say no.” Yet 54 of the 121 checkpoints occurred in East Side districts, including the Lovejoy District, which also covers predominantly black areas off Bailey Avenue and Genesee Street.

Missing from the Police Oversight Committee meeting were the councilmembers whose districts saw the most amount of checkpoints since August, Joseph Golombek, Jr. and Richard A. Fontana. Golombek engaged in a shouting match with protesters during a budget meeting last May, after being criticized for his reaction to the police shooting of Jose Hernandez-Rossy. Golombek had staged an impromptu rally in support of police reacting to initial reports that an officer had been shot.