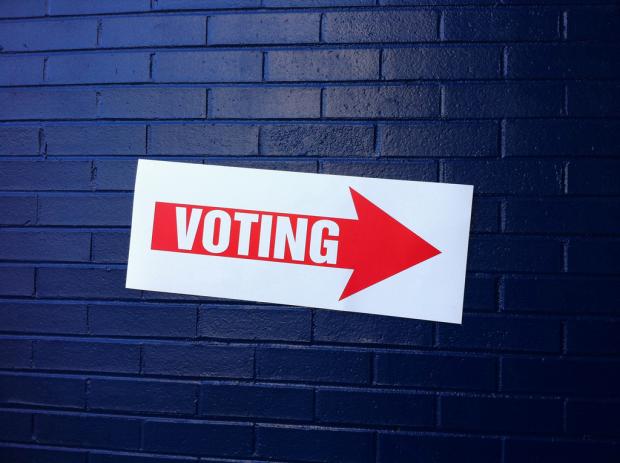 Welcome to the first ever edition of “The Public Endorses….” Below are the publication’s considerations for races to fill three countywide elected offices: Erie County Sheriff, Erie County Comptroller, and Erie County Clerk. We will follow with endorsements for Erie County Legislature and some notes on judicial and a smattering of other races.

The Fire Howard campaign has made this the marquee race. The Democrat, Bernie Tolbert, has run a more dynamic campaign than he did when he challenged Buffalo Mayor Byron Brown in 2013, but most of the energy in this campaign comes from the outside, from activists who decry incumbent Republican Tim Howard’s stewardship of the county jail and holding center, where 24 people have died on his watch; the roadblocks he has erected to state and federal regulators concerned by his stewardship of those facilities; the millions of dollars his mismanagement of those facilities have and will cost taxpayers in settlements; his explicit refusal to respect state gun control laws and immigration policies; and, finally, his willing embrace of alt-right groups and individuals associated with racists and white supremacists.

This last is as important as the first. Many folks, when activists label Howard a racist, want a smoking gun: a statement, an act, a policy that is irrefutably racist. It’s more subtle than that. Still, it is there to be found, and in much more damning form than a photograph of Howard at a pro-Trump rally with Confederate flags and neo-nazis among the crowd. One example: Howard is a proud member of the Constitutional Sheriffs and Peace Officers Association, whose members also include former sheriffs Joe Arpaio of Maricopa County, Arizona and David Clarke of Milwaukee County, Wisconsin. The group grows out of the ant-Semitic Posse Comitatus movement of the 1970s and 1980s, and attracts and embraces militia movements, white supremacist groups, and far-right separatists who hie to conspiracy theories about federal overreach, and who believe despite all evidence to the contrary that county sheriffs are (or should be) the highest law in the land. Its membership celebrates policies that treat immigrants and the incarcerated (even those not yet tried and convicted of a crime) inhumanely.

Howard speaks at the group’s events. Clarke, was the guest of honor at an Erie County Republican fundraiser last week; he was there for Howard. Howard’s association with CSPOA is a choice, and so he has chosen all its unsavory affiliations and misreadings of constitutional law. A vote for Howard is vote to tie Erie County to extremists, a signal to the rest of the country that we are okay with and even approve hate-spewing, alt-right movements that we associate always with somewhere else. A vote for Howard is spitting in the eye of the burgeoning refugee community that is invigorating Western New York. For many people of color, this election feels quite literally like a matter of life and death.

Tolbert is an honest, earnest person with plenty of law enforcement and management experience. He is an African American in a region where, as in the rest of the country, relations between law enforcement and people of color are a crisis. Vote Howard out. We endorse Bernie Tolbert.

It is easy to paint Stefan Mychajliw as an unqualified, partisan buffoon who seems not to understand his job (and just barely manages to perform it) except as a vantage from which to attack political opponents in furtherance of his ambition to run for some higher office—probably county executive, possibly (god help us) Congress.

But that’s not entirely fair. He may not be Alfreda Slominski, as he aspires to be—and don’t take it from me, take it from a recently retired civil servant who worked for both—but he is a generally popular guy. And he has cultivated a base that crosses party lines. If only that were reason to vote a person into an important public office. It’s not. Voting is not about choosing the winning team. It’s about creating the government you want, in order to create the community you want. A comptroller who spends time and tax dollars trying to score political points on a bedbug infestation in county hall might be better placed doing constituent services for a member of the Cheektowaga Town Council.

Democrat Vanessa Glushefski is a CPA and attorney, serious and smart, which all should be prerequisites for this most technocratic and ministerial of elected county positions. Vote Glushefski, hope for an upset, and sleep well knowing you did your best to professionalize county government.

The Republican candidate is rogue Democrat Mickey Kearns, former South District member of Buffalo’s Common Council and currently a state Assemblyman. The Democratic candidate, Steve Cichon, is a journalist and community activist running for office for the first time. Democratic headquarters has been pouring money into this race, determined to deal a defeat to Kearns, who has bucked party leadership since he entered politics. There’s no other reason to expend so many resources: It is essentially a customer service position, with some patronage jobs to pass out but no influence on social or fiscal policy, or bonding, or anything of great consequence to voters. It’s a spot that most occupants regard as a steppingstone to higher office. The best campaign I ever witnessed for a post like this was in Allegheny County in Pennsylvania, where a Democrat-turned-Republican ran on a promise, if elected, to advocate for the position to be eliminated as an elected office and replaced by professional staff. She lost.

It’s galling that Democrats should steer resources to this race while leaving Glushefski, an eminently qualified candidate, to her own devices. But here we are.

Both are capable of executing the office. Kearns is not, as Democrats have tried to paint him, a conservative Republican who threatens the human rights of the LGBTQ community and people of color. He’s been a decent legislator, even if, like Mychajliw, he has too often been led by his ambition. His dalliances with the Republican and Conservative parties are evidence of that. He has managed to skate over those dalliances before and made peace with Democrats, but he’s all in this election cycle, and so he must wear the hideous, slash-and-burn tactics that the Republicans have employed on behalf of all their Erie County candidates. The GOP needs to be punished for that ugliness, to be told there is no tolerance for such misleading, extremist nonsense in our politics. If Kearns’s ambitions are collateral damage, that’s on him.

Kearns and Cichon both have TV ads on the air. In his, Cichon stresses that the clerk’s job is a ministerial one that he will execute with competence and aplomb. By contrast, Kearns appears in and around a boxing ring, noting that he’ll be a “fighter” for the taxpayers. Except the clerk doesn’t need to fight—he needs to hire and manage competent people to execute our auto bureau and document-filing services professionally. That’s it, and Cichon gets it.

For that reason, we endorse Steve Cichon. He’s a good guy, too, as capable as Kearns to execute the office, and his campaign has been clean and positive and (with the exception of surrogates painting Kearns as a conservative Republican) devoid of fear-mongering. He should be rewarded for that and welcomed into public service.