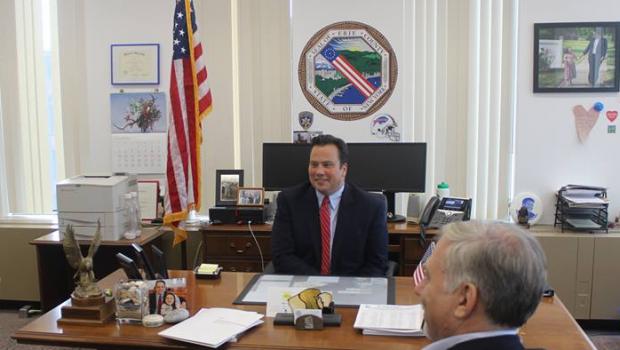 I served Erie County’s taxpayers for over 33 years in the Comptroller’s Office. A few months ago, I retired from my last held position as Director of Accounting Services. I worked under Stefan Mychajliw for four and a half years. His skill set in managing the office and the chaos that it created for those below him, was the main reason for my decision to happily retire when I did.

During his time in office, Stefan demonstrated a loyalty to party politics to an extreme extent that I’ve never seen in my 33 plus years of experience under five other comptrollers, Democrat and Republican alike. I observed as he hired unqualified and politically connected friends to his administration, contrary to his prior campaign promise, “I’ll put an end to the friends and family plan for good this time.”

The sensationalism and spin he uses in many of his official press releases serve only to promote himself and leaves the media and taxpayers confused about what the facts really are. He claims transparency yet hides the results of the independent Quality Assurance / Control Review of the Audit Division under his watch (2015) and the independent County-wide Risk Assessment (2014) that identifies potential problem departments of Erie County government, both funded by taxpayer dollars. As one of the highest ranking civil servants in the comptroller’s office, even I was never provided copies or allowed to see either of these reports.

The county desperately needs a qualified comptroller that is honest, straight forward and transparent with fresh, independent ideas. Stefan has proven to show the opposite of these qualities and with his ethics violation has betrayed the taxpayer’s trust like no other comptroller in county history.

Make no mistake Erie County, Stefan would not even qualify to take the test for the most entry-level accounting or auditing position in the comptroller’s office. The voters gave him a chance and he failed. We owe it to ourselves to move on from this five year experiment. A CPA and an attorney with codes of ethics to abide by is a smart choice, regardless of one’s party affiliation. I am voting for Vanessa Glushefski this Tuesday, November 7th, and I hope you will get out and vote and do the same.