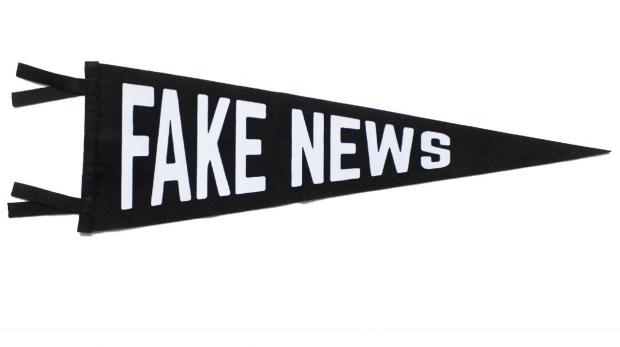 It is a well known fact that those people who most want to rule people are, ipso facto, those least suited to do it. To summarize the summary: anyone who is capable of getting themselves made President should on no account be allowed to do the job. — Douglas Adams, Hitchhiker’s Guide to the Galaxy

The reckoning is almost upon us, and local Republicans seem to be having trouble running on their records, or any coherent agenda. They are, instead, relying on the old standbys of culture war and resentment.

Donald Trump’s campaign manager, Paul Manafort, and his trusty sidekick Richard Gates stand indicted, accused of “conspiracy against the United States”, tax evasion, conspiracy to launder money, and other crimes relating to their enrichment as representatives of Viktor Yanukovich, a corrupt Ukranian kleptocrat with close ties to Vladimir Putin. Another former Trump foreign policy aide, George Papadopolous, pled guilty in early October for lying to the FBI about his contacts with Russia during the Trump campaign. Papadopoulous was engaged in collusion to dig up Russian dirt on Hillary Clinton, including “emails”. Manafort’s patron, Yanukovych, was ousted in a 2014 revolution, and lives in exile in Russia under Putin’s protection. It was that overthrow, and the promised resulting hastening of Ukraine’s departure from Putin’s Russia’s sphere of influence into the waiting arms of NATO and the EU that led Putin to have his proxy army invade and occupy eastern Ukraine, shoot down a Malaysian airliner, and to concoct a sham plebiscite whereby the Crimean peninsula went from being Ukranian to Russian territory overnight.

It was, in turn, Russian aggression and its Anschluss of Ukranian territory that led the US and the EU to impose sanctions on Russia’s oligarchs to make it more difficult for them to spend their stolen fortunes in London, San Tropez, and New York. When combined with the Magnitsky Act, which specifically punishes a handful of corrupt Russian officials for the death of anti-corruption lawyer Sergei Magnitsky, you have the broad-brush outline of why it is that Putin’s Russia is busy trying to sow division and havoc in the US and EU. It begins to explain why Russia, and her agents and tools promoted Brexit, spent money on social media ads and useful idiots to deepen social and political divisions in the US, backed the Trump campaign and sought to destroy Hillary Clinton’s, recruited a naive Tonawandan to push a “Calexit” campaign, and other separatist movements elsewhere.

While there may not yet be definitive proof that the Trump campaign colluded with Putin’s Russia to meddle in the 2016 campaign, the motive is crystal clear. The fact that Special Counsel Robert Mueller has a cooperating witness regarding the Trump campaign’s Russia outreach is also quite significant. Putin’s nobility can’t remain under economic stress forever. What’s the point of plundering Russia’s wealth if you can’t spend it?

Against that backdrop, it bears repeating that Erie County’s Republican Committee is almost single-handedly responsible for the Presidency of Donald Trump. It began with a sub rosa effort to quash a proposed Jon Bon Jovi buyout of the Buffalo Bills, segued into an aborted 2013 attempt to convince Trump to run against Cuomo in 2014, and ended up with Clarence’s own Chris Collins coming out as the first sitting Congressman to endorse Trump’s candidacy. All this culminated in what we have today — a country at war with itself; half incensed that Puerto Ricans have been without electricity and clean water for over a month, and the other half offended by pre-game anthem etiquette.

As we look, then, at the efforts that Republicans locally are mounting in various regional and countywide races of note, we find that nonsense has overtaken substance. Take these, for example. Here’s incumbent Erie County Legislator Ted Morton going after welfare recipients. Sure, there’s nothing easier than heaping scorn and derision against the poorest people in your community, but this recyclable claims that Morton is doing something to prevent welfare recipients from spending benefits on cigarettes, alcohol, and gambling. What, exactly, is he doing? Several quick Google searches of various terms including Morton’s name and welfare fraud turn up nothing. Not one news story or article exists highlighting the important work Mr. Morton has accomplished to stamp out welfare fraud. The most recent story I found involving welfare fraud in Erie County has to do with a criminal case. Morton hasn’t even press released anything having to do with this issue neither recently, nor in 2014, or 2015. This is Morton using class warfare and race hate to spur his suburban constituency, which probably pays scant attention to his legislative tenure, to turn out. Don’t believe me? Morton also thinks you’re innumerate or stupid. Here’s another piece of literature he’s sending out, slamming his opponent: So, the Grassroots political club endorsed Bruso. How was Bruso “bought off”? If we’re rejecting “politicians who are proud to be supported by organizations raided by the FBI”, someone should sit Mr. Morton down and tell him about Donald Trump’s campaign manager and, frankly, Chris Grant. This side of the mailer reads, “East Side” no fewer than three times — what do you think Morton is trying to convey here to his constituents? I think I know. Let’s flip it over. So, Grassroots endorsed Bruso on June 9th. The FBI raided Grassroots as part of the expanding Pigeon / Mazurek investigation on June 15th. I mean, I guess it’s true that Bruso was pleased with the support “within days”, but it was within a few days before the raid.

I would suggest that Morton lie better, but don’t forget that the FInancial Industries Regulatory Authority, or “FINRA”, the body charged with regulating stockbrokers and financial advisors, temporarily banned Morton from practicing his profession in August 2013 for borrowing over $300,000 from his customers and lying about it. His employer fired him over it. Morton may stand for the National Anthem and kick up some latent race hate over it, but he engaged in corruption before he was ever elected; just before he was first elected.

Likewise, this piece of literature, generated by the New York State Republican Committee, has substituted dog-whistles for pretty blatant racism. Does it get much more obvious than this? Here you have the state Republicans touting two incumbents and one opportunistic Paladino “Democrat” running as a Republican, and instead of running on their respective records, accomplishments, or achievements, it opens with what can be generously described as an effort to manufacture outrage against black football players protesting police brutality, and setting these three white men up as the thing standing between you and Colin Kaepernick’s afro. What, precisely, does the controversy over kneeling have to do with issuing driver’s licenses, law enforcement, or being a fiscal watchdog?

My favorite part of this pathetic effort to kick up a little good old-fashioned race hate is this line, from the back side of the mailer: “Are you tired of being convinced that you are narrow-minded because you are patriotic and believe in our traditional American values?” Yes, it really says, “being convinced”. Setting aside whether “Democratic Candidates think ‘taking a knee’ is acceptable”, this, too, is nothing more than an effort by Republicans to stoke white resentment and anti-black hatred in a very segregated area. It is incredible and unconscionable that this is the best the Republicans have to offer. Nothing about Trump or the Trump agenda, nothing about these candidates’ individual accomplishments or positions — just little more than, paraphrasing, ‘we share your hatred for uppity negroes’.

Not to be outdone, Representative Chris Collins seems to be all but ready to announce his campaign to unseat Governor Cuomo by deliberately (?) mangling American history.

By way of background, Collins was one of only two New York Congressmen to vote in favor of Trump’s proposed tax reform plan, which would eliminate the deductions for mortgage interest, and what you pay in state or local property taxes. These are, simply put, key deductions upon which New Yorkers rely. Elimination of these deductions — even with a supposed hike in the standard deduction — would burden New York’s middle class homeowners, and utterly ruin housing values and everything these state and local taxes pay for, including public schools. This is nothing more than a massive tax cut for multimillionaires like Chris Collins, paid for by middle class folks already under stress from stagnant wages, Trump’s sabotage of the health insurance industry and Obamacare, and his corrupt, spendthrift administration. Of Collins’ betrayal of New York’s middle class, Cuomo said, ”I think it’s modern treason against the state. I think they are the Benedict Arnolds of today. They voted against the interests of the people in their districts. Period.”

In an article Collins published in the right-wing New York Post, he compares Governor Cuomo to King George III, the tyrant against whom the American colonies rebelled in the 18th Century. Collins calls Cuomo an “imperial governor” who imposes “unjust” taxes on New Yorkers.

The problem is twofold:

1. Americans rebelled against George III not just over taxes, but against “taxation without representation”. Given Mr. Collins’ repeated and reported attitudes towards constituents who do not share his views, it is he who shares George III’s imperial attitude; and

2. Cuomo doesn’t tax or spend; that’s the legislature’s job, and Mr. Collins’ own party controls one-half of it.

It speaks volumes that Collins is waging this schoolyard battle in the pages of a downstate tabloid, and not here where his constituents live. He has no use for them, after all. He doesn’t hold town halls to seek out ideas or concerns. “I represent the 72% of people who voted for me. You didn’t vote for me.” Let’s expand that sentiment:

I represent the white people who are angry at black athletes protesting police brutality.

I represent the suburban folks who share my hatred and disgust for welfare recipients.

I represent the people whom the new economy has left behind and need someone — or something - convenient to blame.

New York Republicans have no platform or accomplishments on which to run, so it all boils down to class war, race war, and culture war.