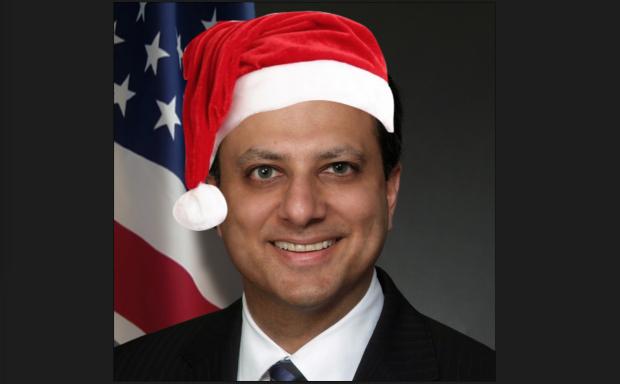 To what extent might Assemblyman Mickey Kearns be implicated in the Great Preetsmas Massacre of ‘15? On Tuesday, I ran through the fact that Kearns had been a recipient of generous campaign contributions from a Seneca businessman named Aaron Pierce.  Pierce and his companies have recently run afoul of the law and been prosecuted, and he was named as having been a prominent donor to Steve Pigeon’s Western New York Progressive Caucus (“AwfulPAC”).

What are Mickey Kearns’ connections to Pierce?

1) The new turf football field at Mulroy Park was renamed Pierce Field “to recognize the extraordinary commitment and leadership of Aaron Pierce and the Pierce Family in making the project a reality.” (Common Council Proceedings of 9/20/11.)

2) On May 15, 2013, Assemblyman Kearns nominates Pierce for a state award: ”honoring the contributions of 142 everyday people who are working to make our District a better place, through volunteering, teaching, coaching and anyone who should be recognized for their contribution to the greater good.”

3) The political consulting firm which the media has recently reported as belonging to Steve Casey and Chris Grant, Herd Solutions, is shown in NYS BOE filings as a vendor to the Kearns campaign, though there is not enough expenditure to account for the volume of television and mailings utilized by that campaign:

It bears mentioning that Herd Solutions has several listed addresses throughout the New York State Board of Elections filings, and the most recent one is in Asheville, North Carolina. The website for “Herd Marketing Solutions” is down, but cached versions promote SEO management, online reputation management, and other public relations-type services. Herd Solutions shows past addresses that include Chris Grant’s home in Akron, an office rental facility at Delaware & North, and a Williamsville residence where a company called “Empowered Stables, LLC” was just registered in February 2015 to a Stephen L. Grant, likely related to Chris, since donations to Collins from Chris Grant appear from that same address in July 2008 reports, (also here to the GOP Committee).

4) Contributions from what are thought to be Aaron Pierce-controlled companies to Mr. Kearns in the 2012 campaign:

That’s $50,000 from one likely contributor exploiting the LLC loophole. The Buffalo News reported that Mr. Kearns acknowledged that these contributions exceeded the allowable limit set forth in the law and pledged to return the excessive amounts.  Nine of these corporations received $900 refunds as reflected in the 11 day pre special report. It also bears mentioning that, for some reason, Kearns’ payments to Herd Solutions don’t show up in a search of the state BOE’s expense database - only by examining the specific disclosures that Kearns made. Something is wrong with the system, and it isn’t properly cross-referencing data.

On another note, yesterday I used an image for a post that Steve Pigeon had Tweeted in 2013 to rebut an article of mine where I recounted two sources’ recollections that they had heard Governor Cuomo admonish Pigeon to stay out of the Hamister deal in Niagara Falls. Indeed, in all my years of writing about Pigeon, this was the one and only instance where he ever directly addressed one of my posts. He went on to write,

Pigeon’s Tweets are dated September 12th, and the primary election had been held on September 10th. The image was taken, and the exchange with the Governor was held on the Sunday before the primary. Pigeon’s AwfulPAC (WNYPC) effectively ceased all activity after September 10th. It was July 2014 when I first began floating the theory that the financial shenanigans surrounding AwfulPAC were much more serious than just your typical run-of-the-mill Pigeoning of local races. In August 2013, the West Seneca town board approved up to $30,000 be spent to undertake an environmental review of the Seneca Mall site, but no one would say why. From the West Seneca Bee,

“It seems very cryptic when you read it,” said Hart. “People will wonder what’s going on.”

Meegan said she realized that, but they can’t “spill the beans.”

Hart also told the public that it is the intent of the board to rezone the former Seneca Mall site from industrial to commercial, as per the owner’s request. He said he could not offer much information but did say the proposed development would be a “game-changer” for the town.

AwfulPAC benefited from a huge cash injection from nominal Democrat and pro-life-oh-wait-pro-choice Tim Kennedy. But at the time, a singular donation of $25,000 from the International Union of Bricklayers and Allied Craftworkers Local 3 was quite puzzling, and no one reported on it until I brought it up in July 2014.

Pigeon’s friend Gene Caccamise was the regional head of that Bricklayer’s Union local until his resignation in March 2015. As to that donation, no one understood why it was made, and it’s glaringly odd because a $25,000 donation would have practically emptied the union’s account. The image above is taken from Pigeon’s WNYPC 2013 11-day pre-primary filing. By contrast, this is what the Bricklayer’s union’s disclosure shows on its corresponding 11-day pre-primary filing:

We’re meant to believe that a union with only $28,000 on hand is emptying its account to fund the WNYPC? Indeed, a scan of this union local’s intake and outflow shows modest amounts – a few thousand coming in, a few hundred going out. It reports $5,000 to current Rochester Mayor Lovely Warren in its 11-day pre-General. It gave Sean Ryan $500 bucks. Its July 2013 report shows a little over $1,000 to Tim Kennedy, but at no time did the BAC Local 3 report $25,000 to the “WNY Progressive Caucus”, and such an outflow appears on no disclosure report whatsoever.

Could the investigation into where the WNYPC’s money came from — and this apparently falsified contribution from the bricklayer’s union help explain Caccamise’s recent departure? Caccamise remains the “ethics officer” and a member of the board of COMIDA, the Monroe County Industrial Development Agency. Sources say that the Buffalo representative from the Bricklayer’s Local 3 was as surprised as anyone when the contribution to the WNYPC was revealed, and claimed to have no idea why it was made. The theory is that Caccamise was close with developer Scott Congel and with Pigeon, and wanted jobs for the proposed West Seneca development, the renderings for which contained a lot of brick.

Michael Caputo’s PoliticsNY.net broke the story on its “rumors and innuendo” page that former WNYPC treasurer Kristy Mazurek had been granted immunity from prosecution in the ongoing Preetsmas criminal probe, likely in exchange for her cooperation.

This is all just packed with schadenfreude. In September 2014, Mazurek tried to threaten Shredd and Ragan to not have me on air, adding that a “team of lawyers” was “monitoring” me. I went on air anyway. Fast-forward 9 months, Mazurek is represented by criminal superlawyer Joel Daniels, and has reportedly turned state’s evidence in connection with the ongoing state & fed criminal probe into the “WNY Progressive Caucus”, for which she was treasurer. In just 9 mos, Mazurek has gone from issuing threats to ratting out Pigeon & associates in exchange for immunity.

This confirms what Geoff Kelly and I thought in last week’s podcast, regarding why it was that Mazurek’s home hadn’t been raided.

“Due to the recent circumstances involving (Pigeon), the Nation has decided it is in our best interest to end this brief association.”

The Seneca Nation is caught up in a criminal investigation thanks to the guys it hired as lobbyists. Investigators now have whatever records they recovered in last week’s raids on top of subpoenaed bank records likely being analyzed by forensic accountants, and the WNYPC’s own treasurer singing like a canary.

On top of all of this, rumors are swirling about who the real targets are. Clearly, Mazurek was a small fish worth flipping to get to the people who were really in charge. There are rumors that one prominent Republican developer contributed money to the WNYPC by illegally using or reimbursing a conduit, possibly involving a big-name attorney.

Some have suggested that calling this “Preetsmas” is wrong because his office is perhaps not necessarily involved in these investigations. We’re not 100% sure that it’s not, and certainly the US Attorney for the Southern District of NY has, at least, provided the proper environment for this probe to take place.  Bharara’s office took possession of control of the entire Moreland Commission records, which included complaints made against the WNYPC. This is Preetsmas, and on the 4th Day of Preetsmas, my true love gave to me, four rats a-ratting.

No way this is the end of this story. This is only the beginning.