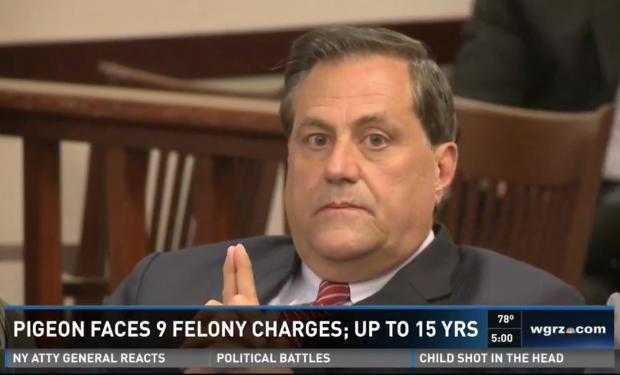 So far, within the context of the #Preetsmas series of stories regarding the prosecution of Steve Pigeon’s “WNY Progressive Caucus” (“AwfulPAC”) and its alleged misdeeds during the 2013 election season, the Public has reported on the following federal tax liens filed with the county clerk’s office against Pigeon:

Part of Pigeon’s self-preservation involved convincing local political reporters that everything he was doing was totally above-board. The Buffalo News’ Bob McCarthy, for instance, fell for it. In February 2015, Pigeon showed McCarthy his tax returns to address this question: Does Pigeon earn enough to make these huge 6-figure contributions and loans to quixotic PAC efforts? Today, we can report that the IRS filed a fifth federal tax lien against Pigeon for unpaid taxes from the 2015 tax year in the amount of $79,494.

That brings the total number of liens to six, with a grand total of $420,136. Rought calculations would tell us that this would represent the tax due and owing on easily seven figures’ worth of income. It could have been declared and unpaid, or it could have been undeclared and found through, for instance, some sort of law enforcement investigation into money transfers for election purposes.

A call the Public placed Thursday to Mr. Pigeon’s lawyer, Paul Cambria, was not returned.