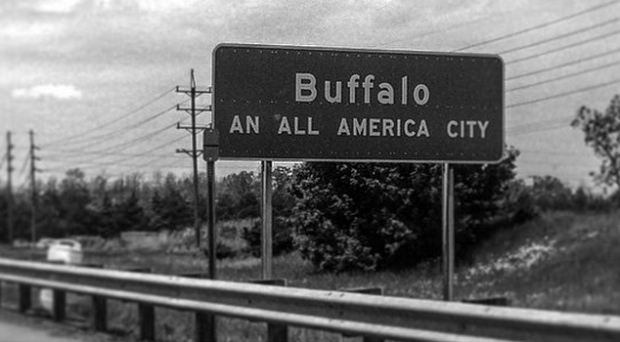 As a consumer of information, you should be appalled.

As recently as May 24th, the Buffalo News’ political columnist, Bob McCarthy, dutifully did Steve Pigeon’s bidding, producing an opinion piece that amounted to faithful stenography of a longtime source’s spin. In this case, it was Pigeon spinning about why he had ended what had until recently been a likely mutually beneficial relationship with a Rochester-based law firm. Pigeon told McCarthy it had nothing to do with any investigation — but the state and federal raids came literally four days later.

At the conclusion of the piece, McCarthy took a story that should have been about Erie County Democratic Committee chairman Jeremy Zellner being one of only about 250 party leaders nationwide to meet with Hillary Clinton at her New York City HQ, but instead became one that disrespected Zellner as just another Lenihan henchman.

But it’s worse than that. A simple search of the Buffalo News’ website reveals ample droppings of Pigeon-sourced or Pigeon-puffing material. Some of it was so empty — consider Pigeon releasing to the press (PoliticsNY.net also had it) that new Assembly Speaker Carl Heastie had joined some local pols — including a couple who are now under investigation — at Pigeon’s house to watch a boxing match. Releasing it is one thing — McCarthy including it in his Sunday column is straight-up TMZ garbage.

Here, McCarthy gives equal time to the investigation into the WNY Progressive Caucus and a totally bogus claim that former Board of Elections Commissioner Dennis Ward ripped up someone’s nominating petitions in a fury. One resulted in a federal and state probe; the other one doesn’t exist.  Or how about quoting Pigeon in connection with a completely unrelated obituary note, thusly:

Few travelers along the campaign trail have made more friends than Tom Fricano, the former UAW leader and 1996 congressional candidate who died Feb. 14. Former Erie County Democratic Chairman Steve Pigeon, a longtime associate, recalled him like this: “He was a gentle person who was a true believer and did not demonize his enemies.”

Here, we have McCarthy treating Zellner like a guy who somehow didn’t deserve the 69% of votes cast for his re-election as party chair. Note the headline and theme — it’s not about Zellner’s victory, it’s about Zellner’s foes and what they might do. Say what you want, but for a guy who the Mayor, the Governor, labor, and a bunch of Pigeonista malcontents apparently wanted out of the party chairmanship, Zellner crushed it.

Here, we find out that Pigeon opposed cross-endorsements by Zellner of Republican judges.

Pigeon will run his own slate of judicial nominating delegates – and will appeal for support from the seven smaller counties of the Eighth Judicial District.

A close political adviser to the governor, Pigeon’s efforts will encourage as strong a Democratic turnout as possible for Cuomo and his effort to sweep the western counties he lost to Republican Carl Paladino in 2010.

In addition to this, we have this new phenomenon of candidates or political figures attempting to prove something to journalists by showing them documents purporting to be tax records. In 2015 it was “political heavyweight” Steve Pigeon showing something to Bob McCarthy, and in 2012, it was Chris Collins (R-Clarence) showing a portion of the records from three tax years to Jerry Zremski.

With respect to Pigeon, McCarthy wrote,

The questions were mild and hardly probative. Mostly because, upon information and belief, Bob McCarthy isn’t a CPA or a tax attorney and is no more or less knowledgeable than you or me when it comes to assessing someone’s purported tax returns .

But Collins was even more blunt with Jerry Zremski,

“My federal return is probably 25 pages long,” Collins added. “It’s too much for the public to absorb.”

It is journalistic malpractice to report on the alleged tax returns that some politician shows to a reporter. Jerry Zremski, like Bob McCarthy, likely has no more or less experience vetting and examining someone’s tax records than any other layperson. For the Buffalo News to arrange for a political figure to simply bring in and show off some paper purporting to be tax returns, and not having a CPA or a tax attorney on hand to provide analysis and guidance is simply shocking. For the News to do this repeatedly and report on it as if they had actually obtained some sort of information is incredible. Anyone can waltz into anywhere with a 1040 and some schedules and make-believe that it represents a tax return. It’s no wonder that McCarthy’s reporting on Pigeon has turned someone sharper since he realized that his longtime source didn’t disclose almost $250,000 in federal tax liens, which would have certainly been relevant within the context of Pigeon’s ability or willingness to fund a PAC in 2013 to the tune of $100,000.

I’m sure the feds are pleased that Pigeon reportedly has $100,000 to blow on obscure legislative primaries, but can’t pay his own taxes.

And what of that — the 2011 arrearage is pretty small — $14,000, but Pigeon’s tax debt for 2013 — the year of the Western NY Progressive Caucus — is over $112,000. How did this come to the IRS’s attention? An audit? Was it part of the forensic accounting that’s likely taking place behind the scenes in conjunction with this investigation? Let’s say Pigeon was right about reporting about $400 — 500k in income on the returns he showed McCarthy — did he underpay? Under-report? His effective tax rate is probably between 10 — 20% after deductions, so that’s a significant under-payment, to say the least. Was there “income” that came to — or through — Pigeon’s accounts that he didn’t report as income, but should have been? Questions abound.

In the meantime, it’s come to light that in 2010 Pigeon and his associate and fellow lobbyist Jack O’Donnell bought the “Front Page” group of newspapers, including Lackawanna’s Front Page and the South Buffalo News from former Conservative Party guru William Delmont. The entity that bought the paper is “South Park Ave Properties, LLC”, which shares an address with the Arab-American Society of WNY in a UPS Store in Blasdell. Delmont has since died, but his estate has filed suit against O’Donnell, South Park Ave Properties, Pigeon, and Sadeq Ahmed for an alleged debt of over $125,000, plus accrued interest. It’s alleged that O’Donnell, Pigeon, and Ahmed were all members of the LLC, and each of them executed a document personally guaranteeing all payments under the promissory note, and by January 2014 were accused of being in default.

The action was brought as a motion for summary judgment, and Pigeon opposed it, claiming that Delmont had vastly overstate the papers’ viability and circulation.

Supreme Court Justice Walker denied the motion for summary judgment, and the case is proceeding in the usual course. Perhaps significantly, Pigeon and O’Donnell are represented by Ed Betz, who was until recently an attorney for the Erie County Water Authority, and before that for the City of Buffalo. Philips Lytle is representing Mr. Ahmed.

The papers themselves feature columns by SCOPE’s Budd Schroeder and articles by Tony Farina. As of January 2014, the papers have a new publisher — Frank Parlato of the Niagara Falls Reporter. Parlato announced that his acquisition is, “in joint venture with its current owners”, O’Donnell and Pigeon.

Next, we are hearing rumors that prosecutors have granted immunity to someone who is — or was — reasonably high up in Byron Brown’s City Hall. If true, it further speaks to the growing breadth and depth of this investigation.

Finally, Channel 2 interviewed Tim Kennedy on Thursday, who denied having lawyered up in connection with the Preetsmas probe. But here’s the thing:

1. Tim Kennedy filed an order to show cause relating to primary day vote counting on September 9th, but the attorney wasn’t Terry Connors — it was the aforementioned Ed Betz, who is also representing Pigeon and O’Donnell.

2. Although Kennedy claims that no one has spoken with him about the WNY Progressive Caucus or any investigation surrounding it, that defies credulity.  We already know that investigators interviewed everyone who gave or received any money from that PAC, and that its victims — like Wynnie Fisher and Lynn Dearmyer — were also questioned. We also know that Kennedy gave $85,000 to that PAC, so he had to have been paid a visit by state investigators.

3. Kennedy’s campaign finance disclosures show over $60,000 paid to Terry Connors’ law firm between August and November 2014. It wasn’t for election law stuff, since Betz was handling that. So, why so much and why then? What for? $60,000 is 200 hours’ worth of work at $300/hr, and that’s pretty much what it would cost to get a case tried. By contrast, in 2012 when Kennedy was in the fight of his political life against a Betty Jean Grant write-in insurgency, Kennedy paid Connors just $25,000.

Speaking of Terry Connors, his law partner’s bid to become a federal judge is moving right along. The Senate Judiciary Committee just this week approved Lawrence Vilardo’s nomination to be the newest federal judge in WNY. Yet, consider,

There is concern in the local legal community, however, over the prospects for approval of Denise E. O’Donnell, Schumer’s recommendation for Buffalo’s other vacant district judgeship. Even though Schumer submitted O’Donnell’s name to Obama in June of last year, seven weeks before he recommended Vilardo, the White House has not yet nominated her.

Why do you think that the White House hasn’t nominated Denise O’Donnell — Jack O’Donnell’s mother — to the federal bench, despite Chuck Schumer’s recommendation? I don’t know, either. Seems very odd.