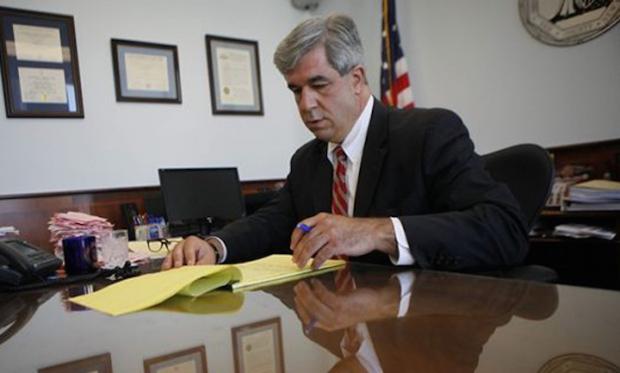 —As noted in Tuesday’s Buffalo News, the indictment of Assemblyman Sheldon Silver tracks some of his allegedly ill-gotten fortune to two locally managed firms: JoRon Management LLC and Counsel Financial Services. The former is run by Ronald M. Schreiber and Jordan Levy, the Buffalo-based tech investor who worked in the Assembly as a young man and, in recent years, is often to be found wherever state money flows to Western New York’s private sector.

The latter provides loans at usurious rates to lawyers and law firms who work on a contingency basis. It’s like a payday loan for attorneys: Counsel Financial advances a strapped firm money on the assumption that a case will pay off down the road. Counsel Financial will also advance a firm’s fees on a settled case if the firm can’t wait for payment to come through. The loans are a bad deal for the firm, just as payday loans are bad deal for anyone, but a firm must keep its doors open if it’s going to reap the rewards of a settlement later.

Counsel Financial’s board chairman and vice chairman are the name partners in the Manhattan law firm Weitz & Luxenberg, where Silver worked until last month and to which Silver allegedly drove business, using his influence as Assembly Speaker. The Williamsville company’s executive team are largely Western New York locals with deep political connections. One of these was the late Judge Frank A. Sedita, Jr., who worked for Counsel Financial after retiring from the bench in 2010 until his death in 2013. The company donated $3,500 to the campaigns of Judge Sedita’s son, Erie County District Attorney Frank A. Sedita III.

—Counsel Financial’s website includes a page of testimonials from client firms across the country. Almost all of these firms have an interests in asbestos litigation. This is hardly surprising: A lot of money continues to be made there. But it’s curious in light of the central role that asbestos cases plays in the indictment of Silver, who is accused of steering state money to a mesothelioma treatment center in exchange for the center referring mesothelioma cases to Weitz & Luxenberg.

—Speaking of the DA, Sedita is holding a campaign fundraiser on March 10, according to sources in his office. (The express purpose is to “honor” the DA, but attendees must pay for that privilege.) Sedita was re-elected in 2013 with no opposition, yet immediately after being sworn in for a second term held a fundraiser, causing many of his employees to groan: Why must they pay tribute to a guy who has plenty of campaign money and who will not face another election for four years? The worst-kept secret in Western New York is that Sedita would like a judgeship, and that’s why he continues to raise money: He needs cash with which to buy and keep that place on the bench, wherever it might be. Currently, he has employees who must give in order to “honor” him for providing them jobs; once he’s a judge, fundraising will not be quite so easy.

—And speaking of campaign finance, some interesting expenditures by Mayor Byron Brown, who, like Sedita, has no election on his horizon: Last September and October, Brown spent about $62,000 with Dunton Consulting, a political consulting firm based in Brown’s hometown of Queens, New York. Dunton’s principal is Rasheida Smith, a former aide and campaign manager for Congressman Charlie Rangel. Rangel will not seek reelection this year; ethics complaints have piled up in recent years. (Smith herself was at the center of a scandal last year, when it was revealed she created a shady, state-funded nonprofit called New York 4 Life, which a New York City councilman used like an ATM.) Candidates are lining up to succeed him. Brown has certainly examined a Congressional race in Western New York, but the prospects here are grim. Perhaps he’s looking for a change of venue.