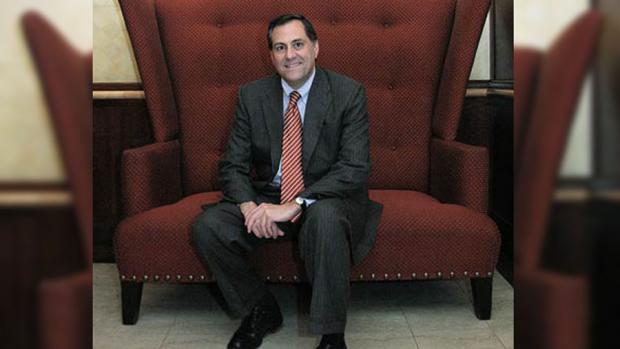 You heard it here first: Pigeon under investigation

This past Sunday, the Buffalo News published a story by political reporter Bob McCarthy about an investigation into the workings of Western New York Progressive Caucus, a political action committee active in the local 2013 election cycle. The details of the story are familiar the readers of The Public: We wrote about it before Thanksgiving, after interviewing several people who had been questioned by state investigators working for New York State Attorney General Eric Schneiderman.

(Not that you’d know we were first to the story by reading McCarthy’s story. The News is not in the habit of acknowledging others’ reporting. But let’s leave that be.)

Under the direction of veteran Democratic political pot-stirrer Steve Pigeon and the PAC’s treasurer, former TV politics talk show host Kristy Mazurek, Western New York Progressive Caucus spent at least $262,000 on county-level races in 2013. Mazurek and Pigeon were accused of coordinating expenditures with the candidates the PAC supported, a felony, and of disguising the provenance of the PAC’s funds, as well as the dirty politicking (attack mailers making specious claims) typical of our region.

The investigators focused on the PAC, but also asked some questions about expenditures by the Erie County Democratic Committee, headed by Chairman Jeremy Zellner, which has been at war with Pigeon and a group of affiliated party factions for several years. There were also questions about a string of dummy companies allegedly used to obscure the origin of donations to the candidates. There were questions about Mayor Byron Brown, as well as Brown’s former deputy mayor, Steve Casey, and Casey’s decision to leave City Hall this year to head up a big West Seneca real-estate development with connections to Pigeon and Erie County Conservative Party Chairman Ralph Lorigo. The name Jack O’Donnell also came up in the interviews. O’Donnell, the son of Democratic politicians John and Denise O’Donnell, is Pigeon’s protegé and ally in local and state politics. (His political consulting companies have received hundreds of thousands of dollars from Pigeon-directed campaigns and committees in recent years.) In two of the interviews, there was some talk about real-estate transactions. At least six people were interviewed.

For more, you can read our original report or a recent, more exhaustive piece by The Public’s Alan Bedenko. The only new substance the News story adds to the discussion are some denials from Pigeon, which are to be expected and may even be the raison d’être for the piece: Pigeon is a steady source for McCarthy’s columns, and McCarthy affords him plenty of quotes. There is also some snark from Pigeon’s ally, Erie County District Attorney Frank A. Sedita III, directed at his former employee, Mark Sacha. Sacha drafted the complaint that led eventually to Schneiderman’s investigation. Sedita fired Sacha from the DA’s office after Sacha publicly accused Sedita and his predecessor, Frank Clark, of protecting Pigeon from an investigation into campaign finance irregularities surrounding the 2007 Erie County executive race. Since his firing, Sacha has dogged Sedita and county DAs statewide for their unwillingness to pursue political corruption, for the simple reason that they are creatures of the local political ecology they are meant to patrol.

In his defense, Sedita held up his 2014 prosecution of Buffalo Municipal Housing Authority Commissioner Joe Mascia for failure to file campaign finance reports. Mascia pled guilty, because he was, but his prosecution was itself politically motivated. The provenance of Mascia’s prosecution was a lengthy brief written by an ally of the mayor and Sedita, Adam Perry, an attorney at Hodgson Russ, which does a great deal of lucrative outside legal work for BMHA. Mascia is a relentless critic of the mayor’s appointed commissioners at BMHA, as well as BMHA’s administration. He has complained about the fees BMHA pays to Hodgson Russ and other law firms. Mascia’s prosecution was political punishment for his orneriness, pure and simple.

There are many elected officials in Western New York whose campaign finance filings, or lack of them, deserve to be investigated. In the past, Sedita has said his office doesn’t prioritize political corruption and election law cases because they are difficult to prove and the punishments are negligible. If anything, Sedita’s prosecution of Mascia undercuts that claim: He’s got time to investigate and prosecute a political enemy, but never his friends and allies.