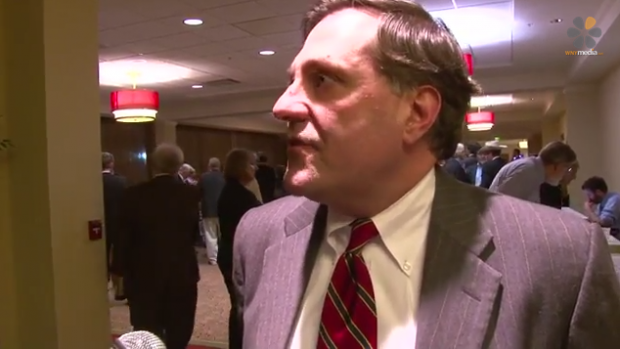 The United States Attorney for the Southern District of New York Preet Bharara has the ability and willingness to do what no elected official in New York can or will.  In fact, we should be thankful that Governor Cuomo disbanded his Moreland Commission on Public Corruption, enabling its investigatory files to be picked up by Bharara’s team of federal prosecutors and the FBI. The US Attorney, after all, is an appointed federal law enforcement official, unbeholden to any of the parties, factions, personalities, or pressure groups that maintain a corrupt chokehold on New York’s body politic.

Preet Bharara is New York’s honey badger, completely unconcerned with the toes on which his investigations might be treading.

Rumors swirled Saturday night in advance of a Bob McCarthy article in Sunday’s Buffalo News, as political junkies texted each other about the visit that the FBI and state law enforcement paid to one G. Stephen Pigeon.

Before I get into this party political inside baseball — why should you care?

Ultimately, the policies under which we live and work are decided by people whom we elect to public office — locally, regionally, statewide, and in Washington. The quality and efficacy of those policies can vary, so it’s theoretically important that voters make informed choices and select good candidates. Unfortunately, that’s not always how it works in real life, and too often personal ambition and greed get in the way. Scapegoats are many, but political machines aren’t necessarily to blame. Factionalism is the bigger problem.

If you’re a Republican, it can be frustrating how the ultra-right so-called “tea party” wing of the party can be at odds with the establishment party committees. One need only look at the 2014 race for the 60th Senate District — rightist Republicans were so angry at incumbent Republican Mark Grisanti’s support for same-sex marriage and the NY SAFE Act that they ousted him in favor of same-sex marriage and NY SAFE Act proponent, liberal Democrat Marc Panepinto.

As for the Democrats, they cyclically rip each other to shreds.  However, the Democratic factional trench warfare is seldom about ideology or policy, but instead about patronage and power. It can be so paralyzing and distracting that Democrats end up losing winnable elections. Steve Pigeon was the chairman of the county Democratic committee until about 12 years ago, when he was replaced by Len Lenihan. Pigeon’s committee was known for sharp elbows and racking up electoral losses. Throughout Lenihan’s — and now Jeremy Zellner’s — chairmanship, people and clubs loyal to Steve Pigeon have popped up periodically to sabotage the Democratic establishment’s candidates and procedures. Rather than mounting a credible or serious challenge to the chairmanship in order to regain control of the committee, they would directly and indirectly help the other side. 2013 was one of those years when Pigeon and his cronies gave sabotage a try.

It’s not just that they run primary races — there’s nothing facially wrong about that. It’s that they only do anything until September. Come primary day, they generally stop any meaningful activity and refuse or fail to help any Democrat, whether it was their candidate or not.

In 2013, the Erie County Democratic Committee endorsed several candidates for the county legislature, and Deputy Sheriff / bike shop scion Bert Dunn for county sheriff. The Steve Pigeon faction backed different candidates for all of those races, including Dick Dobson for sheriff. On its face, that’s no big deal – primary races during primary season.

But for years, Pigeon’s electoral efforts have been suspected of playing fast and loose with election regulations that run the gamut from vague to toothless to unenforced. Typically, the Pigeon modus operandi is to use go-betweens and shell corporations or LLCs to funnel money to, from, and between his candidates and certain campaign consultants and companies to do lit, polling, signs, and media buys. They use rhetorical sledgehammers to demolish their opponents with whatever smear they can muster – ask Sam Hoyt. It’s a well-oiled machine that has, over the last decade, been organized quickly and quietly, but enjoys few electoral accomplishments. When Pigeon’s candidate ”Baby” Joe Mesi ran for state senate, you’d have thought his primary opponent, fellow Democrat Michele Iannello, was the worst villain since Torquemada — but when it came time to go after Republican Mike Ranzenhofer in the general election, punches were pulled all over the place. As usual, they stopped fighting in September.

Campaign finance and disclosure violations are seldom investigated and almost never prosecuted.  At least, not in Erie County. In 2013, Pigeon and erstwhile political commentator Kristy Mazurek set up the “WNY Progressive Caucus”.  New York doesn’t formally recognize “political action committees” or “PACs”. so the Pigeon-Mazurek group was set up as an unauthorized committee. So constituted, the law permitted the WNYPC to raise and spend money for it to donate to specific campaigns. The WNYPC explicitly could not coordinate with campaigns, nor spend money on their behalf.

In early September 2013, just weeks before primary day, the WNYPC paid for thousands of pieces of literature to be mailed to voters, which slammed legislative candidates backed by party headquarters; most notably, Tim Hogues, Betty Jean Grant, Wynnie Fisher, and Lynn Dearmyer. By way of example, one piece of WNYPC lit slammed Hogues for being a “Republican”, and promoted the candidacy of his challenger, Barbara Miller-Williams – a woman who had quite literally conspired with Republicans to mount a legislative coup in 2010.

Furthermore, the WNYPC’s disclosures were not complete.  For a time, it showed the PAC to be in the red – a big no-no. Disclosures came in late, were inaccurate, and misleading, in one instance showing a $9,000 donation from a different, long-dormant Pigeon-associated PAC, “Democratic Action”.  What was odd about that Democratic Action donation was that this group did not disclose any outflow of money during the same 2013 cycle, and had most recently showed a fund balance of $2,400 and a concomitant “no activity” report with the Board of Elections. It didn’t have $9,000 to give.

Pigeon-backed Dick Dobson embarrassed Bert Dunn on primary night. Dunn went on to waste his money on an unsuccessful general election run using a personal, bespoke minor party line. But in September, Pigeon, Mazurek, and their WNYPC utterly abandoned Dobson, during his general election bid. There were contemporaneous whispers that the Dobson effort had merely been a repeat of an earlier “Democrats for [Republican incumbent Sheriff] Tim Howard” campaign.

Wynnie Fisher defeated Pigeon and Mazurek’s primary candidate, Wes Moore.  Apparently, Fisher and her neighbors don’t get along, so Mazurek planted a story with her WGRZ 2Sides colleague Michael Caputo, accusing Fisher of being crazy. The problem was that the letter from the aggrieved neighbors was sent to Wes Moore at an address in Lancaster. But Moore’s campaign committee was based in an office in Clarence. The Lancaster address was a house on Doris Avenue where Mazurek was living, and which also served as the mailing address for WNYPC. There was, on its face, a smoking gun of coordination. How and why would Wynnie Fisher’s neighbors decide to send a letter to an address for Wes Moore that didn’t exist in nature?

In late September 2013, Tim Hogues and Betty Jean Grant, with an assist from anti-Pigeon transparency advocate Mark Sacha, filed a formal complaint with the New York State Board of Elections, accusing Pigeon, Mazurek, and WNYPC of various illegalities and violations of campaign finance law. Geoff Kelly reported that the investigation had wings . After the County Board of Elections resolved to investigate the complaint, it was turned over to the state BOE, which in turn appears to have turned it over to the Attorney General’s office and State Police. Once an investigation such as this is put into the hands of people outside of Buffalo, you know that the threat of shenanigans is decreased exponentially. Law enforcement interviewed several people at the county legislature, as well as several of the unsuccessful 2013 legislature candidates who were targets of the WNYPC.  Subpoenas have been issued and action taken to enforce them. Don’t be surprised if forensic accountants are trying to account for all the money — where it came from, and how it was spent. It was recently reported that certain real estate deals and former Deputy Mayor Steve Casey are under investigation. This likely has something to do with the Seneca Mall project, where Casey is now employed.

He said he used his own money to donate to the fund, that the fund was never coordinated with candidates, and that he acted only as a donor and not as an administrator responsible for reporting. He added that he has not been contacted by any investigators.

I’m not financial genius by any stretch, but that seems unlikely, at best. The WNYPC raised almost $300,000 in 2013. $100,000 came from Pigeon alone. How wealthy or well-paid would Pigeon have to be in order to have the disposable cash to dump $100,000 on the likes of Wes Moore, Dick Dobson, and Rick Zydel? Now under state and federal investigation is where, exactly, that money comes from.

And why is it that the U.S. Attorney from Manhattan is looking into the campaign finance shenanigans of some small fish in Buffalo? Do we not have a District Attorney in Erie County, empowered to investigate and prosecute violations of state law? I know Bharara is on the case because he took possession of the Moreland files, but it’s unseemly that it takes an outsider to investigate and prosecute this here. The Attorney General’s office — under attack for supposedly not investigating election irregularities — is investigating these because formal, credible complaints were presented.

As rumors swirl about the FBI and State Police subpoenaing records and following the money, it seems that campaign finance and election laws are being enforced in a serious way. Will there be a prosecution? Will it focus on elected officials, or will these two-bit operatives get caught in the web?