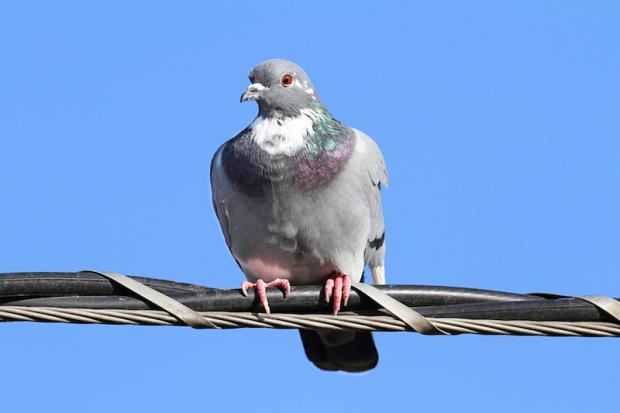 Three people in as many days have reported to The Public that they were questioned by investigators from the New York State Police about campaign finance shenanigans related to the 2013 election cycle in Erie County.

All three are associated with the Erie County Legislature. None of them would consent to have their names revealed, but the sessions they described with their questioners synched: All three interviews focused on the activities of the Western New York Progressive Caucus, a political action committee that spent at least $262,000 on county races (the actual number was, and remains, a point of contention), under the direction of veteran Democratic political operative Steve Pigeon and the PAC’s treasurer, former TV politics talk show host Kristy Mazurek.

The investigators also asked some questions about expenditures by the Erie County Democratic Committee, headed by Chairman Jeremy Zellner, which has been at war with Pigeon and a group of affiliated party factions for several years. But most of the talk was about Western New York Progressive Caucus and its financial support for candidates who ran against Zellner’s endorsed candidates in the 2013 Democratic primary.

There were also questions about a string of dummy companies allegedly used to obscure the origin of donations to the candidates. There were questions about Mayor Byron Brown, as well as Brown’s former deputy mayor, Steve Casey, and Casey’s decision to leave City Hall this year to head up a big West Seneca real-estate development with connections to Pigeon and Erie County Conservative Party Chairman Ralph Lorigo. The name Jack O’Donnell also came up in the interviews. O’Donnell, the son of Democratic politicians John and Denise O’Donnell, is Pigeon’s protegé and ally in local and state politics. (His political consulting companies have received hundreds of thousands of dollars from Pigeon-directed campaigns and committees in recent years.) In two of the interviews, there was some talk about shady real-estate transactions. At least six people were interviewed.

All in all, that’s a wide scope for an inquiry that originates from a simple complaint familiar to anyone who follows local politics closely: In a region and a state that both treat campaign election regulations with contempt, Pigeon and his affiliates have a long history of being particularly cavalier about the law. They hide the sources of money, they hide where the money goes, and they appear to feather their own nests while running largely unsuccessful campaigns.

In 2012, a faction of Democrats centered around Pigeon and his associates, Brown and Casey, New York State Senator Tim Kennedy of South Buffalo, and Cheektowaga’s town chairman, Frank Max, failed in their effort to install Max as chairman of the county party. (Zellner prevailed, replacing his mentor, Len Lenihan, who recently reboarded the patronage gravy train with an appointment as Democratic commissioner on the Erie County Board of Elections.) Vowing to fight on, the anti-Zellner faction recruited candidates to run primaries against the ECDC-endorsed candidates for a number of Erie County Legislature seats and for Erie County Sheriff. They created Western New York Progressive Caucus as a mechanism for spending money in support of those candidates.

The sources of Western New York Progressive Caucus’s money were immediately noteworthy: Kennedy transferred $85,000 of his campaign money; AJ Wholesaler, a purveyor of Seneca cigarettes in Irving, chipped in at least $30,000; the local bricklayers union somehow found $25,000 to chip in, to the bewliderment of other local union officials.

Pigeon himself gave about $6,600 and lent the committee $100,000 more. That loan particularly raised eyebrows: Was that really Pigeon’s own money? If it was, then why did he turn around and pay his consulting company $25,000 out of the same pot—why not just lend the PAC $75,000? If it wasn’t his money, then who did it belong to, and what did they believe they were buying with it?

The first to complain publicly about Western New York Progressive Caucus’s activities were two incumbent legislators, Betty Jean Grant and Tim Hogues, facing challengers on whose behalf the PAC bought and posted a series of nasty attack mailers. Grant and Hogues drafted a letter alleging that Western New York Progressive Caucus was illegally coordinating its efforts with the candidates it supported. (A PAC can pay for issue ads and mailers that help a candidate, and it can give money directly to a candidate, but it cannot spend money directly on behalf of a candidate or coordinate expenditures with a candidate’s committee, which amounts to the same thing.) Grant and Hogues sent that letter to the Erie County Board of Elections, the New York State Board of Elections, and the Moreland Commission, empaneled by Governor Andrew Cuomo to expose corruption in state government and politics.

The Grant/Hogues letter was a slight document, but it was followed up by a more robust complaint written by former Erie County Deputy District Attorney Mark Sacha, now in private practice. Sacha lost his job after publicly accusing his boss, District Attorney Frank A. Sedita III, of scuttling Sacha’s investigation into Pigeon’s activities in the 2007 race for Erie County Executive. Sacha claimed (quite accurately) that Sedita was allied with and politically indebted to Pigeon, as was Sedita’s father and his predecessor in the DA’s office, Frank Clark.

Sacha’s document convinced the two commissioners of the Erie County Board of Elections to vote unanimously to open an investigation. (The Democratic commissioner at the time, Dennis Ward recently left his commissioner’s job to be elected a State Supreme Court justice, and so is now above politics, but was previously a stalwart of the Zellner faction. The other commissioner, Ralph Mohr, is a Republican, and so his motives might be interpreted as a mixture of advocacy for clean politicking and delight in Democrats beating the hell out of one another.) They proceeded to gather information about the PAC’s activities. Eventually the county BOE took its findings to the state BOE, which voted in March to open its own investigation. Because neither body had much in the way of investigative staff at the time (the state BOE has since beefed up its capabilities), the county BOE was basically deputized to continue its work. So the county BOE issued subpoenas to the PAC’s vendors, ferreting out information about vast discrepancies between what was reported by the PAC and what receipts from vendors claimed.

And then, at some point this summer or early fall, the whole investigation was picked up and out of the hands of the state and county BOEs and became a project of the New York State Attorney General’s Office. At which point the New York State Police investigators began making their rounds, and the scope expanded greatly.

State police are not in the business of commenting on ongoing investigations. (Nor are they in the habit of bringing in local DAs on politically charged inquiries, apparently understanding that DAs are conflicted by their engagement in local politics.) And perhaps it’s just a fishing exhibition, as the subjects of the investigation certainly will claim it to be.

But these are deep waters, and the state police have sent out a lot of fishermen to ply them. Wonder what they’ll catch.