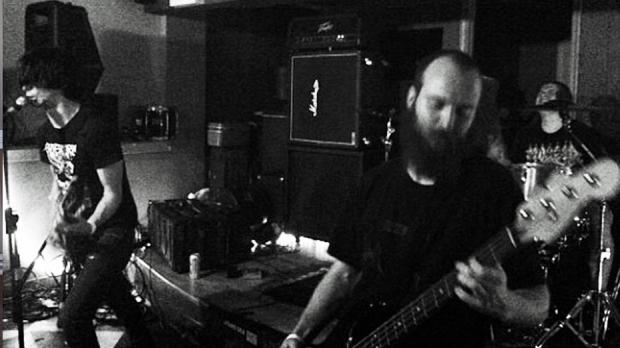 [METAL] Formed by members of Disciple of Christ and Protestor in 2013, Washington D.C.’s Genocide Pact has developed a reputation for churning out unfathomably loud, sludgy death metal which draws from the legacies of their old-school predecessors (Obituary, Carcass, and Entombed to name a few). The outfit’s sparse releases unveil a brutal sound coated in distortion and grisly riffs that stagger alongside brooding rhythms and guttural incantations. The raw aggression they deliver through live shows has earned them comparisons to a “brute-force demolition project” and this Thursday, January 22—thanks to local record store Black Dots—they’ll be bringing their breed of sonic desecration to Mohawk Place. Local, heavy channeling outfits Cal Dripken, Armegeddon, and Junk Drawer have been confirmed to play and needless to say, it’s the kind of lineup that is guaranteed to transform the venue into a hub of unadulterated mayhem.