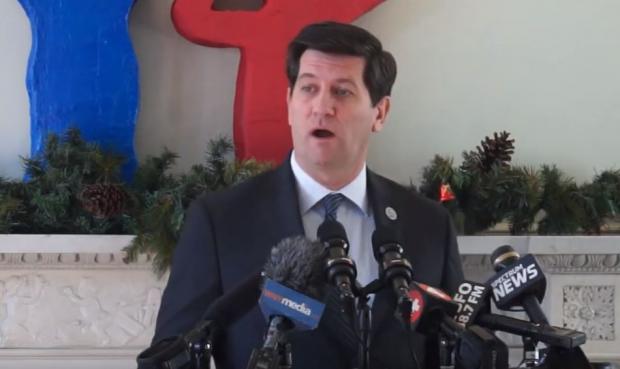 If you took Sandy Beach, mated him with Tom Bauerle, and took away all of the experience, self-awareness, and wisdom that comes with age, you’d be left with Joe Beamer, one of the young broadcasters WBEN has brought in on the cheap to supplement its already thin-but-wide roster of right-wing outrage engineers. It is all part of a long-standing stationwide pattern that operates with the apparent support and assent of station management.

Want examples? In 2009, WBEN’s marquee yakker fantasized that there would be a civil war because librulz. WBEN has already used the publicly owned airwaves it licenses to tell its listeners in 2013 that Democrats are “worse than al-Qaeda”, so none of this is novel. (At the time, Assemblyman David DiPietro was on the phone with Bauerle and said nothing. He later forced himself to issue a milquetoast “didn’t hear it”.

In 2014, at least one WBEN host openly wished for a genuine military coup against President Obama.

WBEN has amplified eliminationist viewpoints for years. In February 2013 — just weeks after the Sandy Hook massacre of 1st graders, and in response to proposals for tighter gun control — WBEN used its putative straight news morning show to organize, promote, and broadcast a bus ride to an Albany pro-gun protest against Andrew Cuomo’s then-nascent NY SAFE Act. WBEN’s supposed straight news — co-hosted then and now by Wenger’s wife — established itself to be little more than a right-wing activist organization.

All it’s missing is tiki torches. There has been a pattern for years here.

It is long past the time for Democrats to start treating WBEN as a right-wing extremist organization.

So, what does Joe Beamer have to do with all this? Well, he was in for Sandy Beach on December 3rd and agitated against Mark Poloncarz’s announcement that Erie County would continue to welcome refugees. This being WBEN, the discussion had little to do with refugees and instead centered on “illegals”. “Dave from Lockport” called in and threatened to kill Mark Poloncarz over all of this. Mr. Beamer had absolutely nothing to offer in the way of pushback. Here’s the audio:

After calling Poloncarz a moron, liar, and idiot for believing that Trump committed impeachable offenses, “Dave” said, addressing Poloncarz, that ”if one of your illegals that you bring here to help ruin our country either hurts me or any of mine, I’m gonna come after you and yours. And you can take that to the bank, you moron.”

Beamer’s response to Lockport’s answer to Cesar Sayoc: that opens up a line.

Why does WBEN continue to foment hatred and threats against Democratic politicians on the publicly owned airwaves?