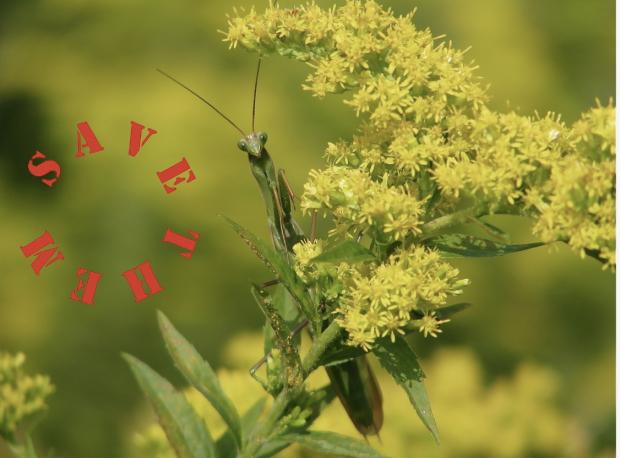 The environment in the age of Trump

As we bear daily witness to the across-the-board and across-the-globe disassembling of US interests, we are approaching a day of reckoning.

This includes our many-decades-old investments in and leadership renowned for defending freedom and democracy here and abroad. This includes trying to create and maintain a sustainable environmental approach to the future of this biodependent planet. Once upon a time, not so long ago, we could still think of ourselves as providing global leaders, and in many real respects the hopes of a sustainable world reflected many of our collective values. Now we have lost our way. Our best collective future has been stolen.

Today as our federal government promotes the interests of dictators and oligarchical money thieves, an incompetent and possibly brain-damaged president is hastening the end game.

Today, the pandering to this president by Congressional leadership is bringing our values to our knees. It is hard to catch our breath.

I feel bad writing that.  I do not want to feel that all hope is lost. I do not feel that resistance is futile. I do know that perhaps our only hope involves something akin to a revolution. We need to re-find and reassert our values. What are they? Where are they? We need to think this out and we need to act. Someone is going to survive. We will help to characterize that future for those survivors. If we expect to be survivors, none of us can afford to put our heads in the sand.

Bad feelings or not, there is not good news about the reality of the end game. Way back in 1989, Bill McKibben, today recognized for his work on energy policy and activism, wrote a widely read book The End of Nature. The book was one of the first books that revealed the potential consequences of climate change to a broad audience.

A lot of water has gone over the proverbial dam since then. Today, at the end of 2017, we have surged past the tipping point that McKibben has for so long articulated. Each day is bringing a stream of news that more than confirms the science that characterizes human driven climate change and the related death of the natural ecological systems that sustain all life.

Today, the newest studies are revealing that our environmental destruction is almost complete. This did not start with the Trump monopoly, but signs seem to point irrevocably to facts and science that unequivocally indicate that Trump and his idiocracy are putting the final daggers into the heart of our living planet.

To that end, it is important to know what is going on. Knowledge will inform your choices. And you still have choices.

A new study published in the journal Plos One reveals that a decline in flying insects in Germany over the past 27 years has reached a whopping 76 percent. The primary culprit is not just climate change driven by the use of fossil fuel energy resources. It is in fact habitat loss driven by widespread farming practices that destroy soil culture and are totally dependent on chemicals that have turned huge swaths of land into wildlife deserts. Some scientists are predicting that given our current agricultural practices, we may have a maximum of 60 harvests left in most areas of earth. If you are under the age of 40, there is a good chance that you will experience this havestless future.

George Monbiot of The Guardian has written an outstanding piece about this study that may change your mind about the state of the earth.

Insectageddon is not just a German phenomena. The decline of important and beneficial insect populations across the globe, including right here in Western New York, is very obvious to anyone that wants to pay attention  Pollinators and other insects, including native bee’s and butterflies, have all but vanished.

“Do you remember when you used to drive down the rural roads, maybe as recently as a decade ago, when hundreds of insects would splash against your windshield?” I do. (The nostalgia here is that there were a lot more insects then and we knew them.)

For decades, perhaps even hundreds or thousands of years, our region in the Great Lakes was renowned for the spring mayfly “bloom” or “hatching.” Naturalists from as far back as a century or more ago wrote about this phenomena in this region. The annual spring hatching of this flying insect literally filled our shoreline regions with these delicate, green, lace-winged, flying insects, for days and even weeks at a time.

We would regularly experience this springtime “bloom” in the city, especially in the downtown areas near the Buffalo River. It was one of the profound signs of the season. I remember many years when if you attended a ballgame at the downtown Bison’s ballpark, there were days and weeks when the newly emerged and relatively large mayfly adults were thick in the air.

Mayflies and other insects are a part of a co-evolved natural system, or community, that sustains life.  These communities affect the entire network of biology.

These healthy blooms pointed to the clean waters that we had restored here. The mayfly is an important source of food for many types of wildlife, including birds and fish. Our native fish and bird populations depend upon this and other insects. Insects are one of the basic elements of the food chain and the ecological communities that have evolved to create biodiversity and sustain all life, including as I am known to say, yours and mine.

Some people considered this a messy inconvenience. For me it was a beautiful sign of the season. Here was a spectacularly beautiful non-biting insect spreading life.

Today, the mayfly bloom in downtown Buffalo has vanished. It has been at least five years since they almost completely disappeared. One of the suspected reasons is the extensive dredging of the Buffalo River, which is where many of the downtown mayflies came from. While this project was undertaken to re-establish habitat along the river, it is possible that the dredging removed the underwater larvae and nymphs of these special insects. What else was vanished? The same kind of phenomena is occurring at Forest Lawn Cemetery where extensive habitat work on the ponds and Scajaquada Creek is being undertaken. Dredging and reconstruction there took its toll this spring on overwintering insects. That may have seriously effected the spring 2017 warbler migration that has characterized Forest Lawn as a migration hotspot for generations. This last spring, no insects, very few warblers. Is there a relationship? Probably. Or of course it could  be related to the crash of bird populations. Loss of habitat, including access to flying insect food here and elsewhere, is the issue.

Today, it is important to think about restoring the mayfly population in the Buffalo River. We need to think and act on better conservation strategies for insect and other wildlife populations.  Insect conservation recognition focused on consequences of all development incuding farming practices, river and creek dredging, and all restoration initiatives should rise to the top of conservation priority lists. We have to ask ourselves, “What are we going to do about the insect armageddon?” And we have to act. Today.

1. “Insectageddon: Farming is more catastrophic than climate breakdown” by George Monbiot, The Guardian, 20 October 2017. George Monbiot is a science writer who has written an outstanding article that sums up the Plos One study discussed above.

Way back in 1992, the Union of Concerned Scientists released a game-changing document that raised the awareness of millions of people as to the potential for an end game involving climate change and the environment. The report, called “World Scientists Warning to Humanity,” elegantly stated that “human beings and the natural world are on a collision course.” It included signatures from 1,700 of the world’s leading scientific minds including a majority of the then-living Nobel laureates.

On November 13 of this year, a group of researchers with signatories from 15,364 scientists representing 184 countries have released “World Scientists Warning to Humanity/2 Notice.” In it they state that humans “have unleashed a mass extinction event, where many current life forms could be annihilated or at least committed to extinction by the end of this century.” You should know.

Tropical Forest Emissions: Last September the journal Science published a report stating that something terrible has happened to the world’s tropical forests. For decades we have characterized giant forested areas including the Amazon as carbon “sinks.” This means that forests absorb and sequester atmospheric carbon. It is the ancient forests turned to coal an oil that provide us with those fossil fuel energy sources that are releasing carbon back into the atmosphere.

Today, the study says, because of the destruction of these forests through logging, development, and an overall lack of concern, these forests have shrunk to the point that they no longer are a “sizeable sink” but instead have turned into a “modest source.”

Florida Sea Rise: Want to move to Florida? Here is one reason why things are not going to be easy in Florida.