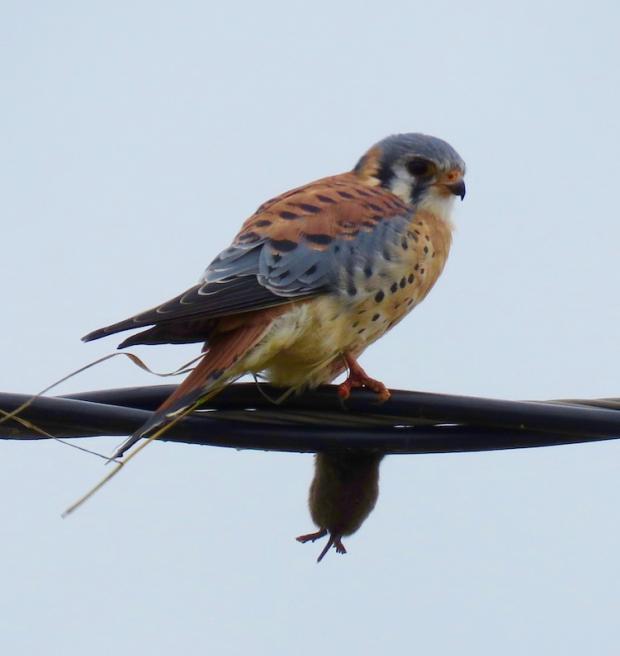 The IUCN is an iternationally recognized organization that is composed of both government and civil society organizations. It was created in 1948 and is designed to provide public, private, and non-governmental organizations with the knowled and tos that enable human progress, economic development and nature conservation to take place together.

Since 1964 the organization has kept The Red List of Threatened Species. It is widely recognized as the most comprehensive inventory of the global conservation status of biological species.

Currently, and until December 17 the IUCN is participating in the Convention on Bioligical Diversity, (CBD COP13) in Cancun, Mexico. This conference is a part of the ongoing Climate Conferences schedule, which is hosted by the United Nations. You may have heard about the Paris Climate (Summit) Conference held last year (COP21). We wrote about it here, and here. You may have forgotten about it. Since so much of our focus is on energy strategies, you may not know that biodiversity and conservation are fundamental strategies regarding climate change issues.

The IUCN issued a report on Thursday, December 8 at the Cancun Conference that should send chills up your spine. The state of the world’s biodiversity is in a state of free-fall.  I am chilled to the bone.

The new report says that of the 85,604 listed species on earth, 24,307 are threatened with extinctinction. That is more than a quarter of all known species. This includes well-known species such as the giraffe, and known bird species.

“Many species are slipping away before we can even describe them.” says IUCN Director General Inger Anderson. “The IUCN Red List update shows that the scale of gloval extinction crisin may be even greater than we thought. Governments gatherd at the UN biodiversity summit in Cancun have the immense responsibility to step up their efforts to protect our planet’s biodiversity, not just for its own sake, but for human imperatives such as food security and sustainable development.”

All of this decline is due to inappropriate development including habitat loss and other factors that have lead to climate change.  We also know that while many bird species that we recognize and even host here in Western New York are in steep decline. This does not mean that they are all threatened with extinction, but many are.  In a 2014 report, the Audubon Society issued a comprehensive report that found that our regional and local bird populations are not stable.

The report states that ”half of the aproximately 650 bird species of North American will be drive to smaller spaces or forced to find nw places to live, feed, and breed over the next 65 years. If they do not, and that will be difficult for several dozens of species, they could become extinct.”

Now, two years later, we have scientific confirmation that climate change is accelerating due to what are known as “feedback loops.”  A new report published in the journal Nature has found that these feedback loops including melting and changing surface conditiions are leading to more methane and carbon greenhouse gas releases from soils and places like the arctic regions where warming is releasing trapped gasses.  We are in the shit now.

Shall we mention Donald Trump?  But the newly nominated to head the EPA Scott Pruitt, and Exxon CEO Rex Tillerson, as of this writing probable nomination for Secretary of State, are not going to lead us out of what they consider the “hoax” of climate change.

This has been an exciting couple of weeks for me in terms of being able to capture some really beautiful birds on video.  The following three short videos, all shot within the past 3 weeks,  show some of our local birds in action. Enjoy and share:

Finally, this little youtube video, not produced by me, but shared with all of you;