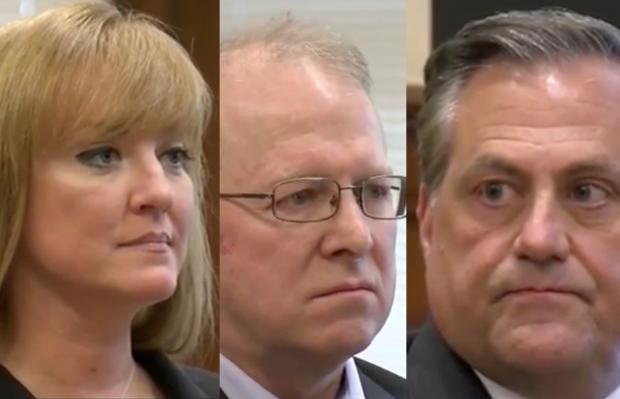 His own felony convictions may have finally ended Conservative Fusion Party operative Steve Pigeon’s yearslong operation to ratfuck western New York Democrats. It’s fair now to call it a crime syndicate. Since Pigeon’s indictment, remnants — stragglers — leftovers have popped up to give the old playbook a try, but in the last few cycles these irrelevant candidates have made no impact whatsoever. Long gone are the days where some shadowy committee would pop up seemingly out of nowhere with six figures’ worth of funding at the ready to destroy and obliterate endorsed Democratic candidates, to considerable Republican and Conservative fusion Party glee.

On Tuesday, two of Pigeon’s top lieutenants pleaded guilty to election law misdemeanors in connection with the rampant fraud and illegality surrounding 2013’s Western New York Progressive Caucus, a/k/a “AwfulPAC”. Pfaff and Mazurek were sentenced to a one-year conditional discharge — a punishment barely registering a figurative slap on the wrist, and unlikely ever to meaningfully deter some budding future criminals from illegally coordinating PAC business with campaigns in the future.

According to admissions made by the defendants at the time of the plea, from August 2013 through September 2013, Mazurek and Pfaff knowingly and willfully attempted to engage in illegal campaign coordination while acting on behalf of the Western New York Progressive Caucus, an unauthorized political committee, in regard to the nomination for election of an Erie County Legislature candidate in the September 10, 2013 primary. Campaign coordination is a crime under the Election Law. The crime is committed when a person knowingly and willfully, solicits, organizes, or coordinates the activities of an unauthorized committee with the activities of a candidate or the candidate’s agents and where the expenditures made by the unauthorized committee on behalf of the candidate exceed the contribution limit for the candidate’s race.

The Western New York Progressive Caucus was created by G. Steven Pigeon and Kristy Mazurek in August 2013 as an independent expenditure committee designed to support Democratic candidates in the 2013 Democratic Primary.

In 2013, Pigeon, Pfaff, and Mazurek created the AwfulPAC in order to raise money and operate campaigns on behalf of several candidates, including Dick Dobson for Sheriff, and Erie County Legislature candidates Rick Zydel and Wes Moore. Pfaff and Mazurek admitted through their plea that they illegally and improperly coordinated PAC and campaign activities and fundraising. Acting Attorney General Barbara Underwood said that the AwfulPAC was created to “skirt the law”.

I am having a hard time reconciling the clear illegality with the extremely light sentences here. I don’t know how these people can do what they did and get away with it. Small consolation we can call Mazurek and Pfaff convicts. New York voters deserve better.