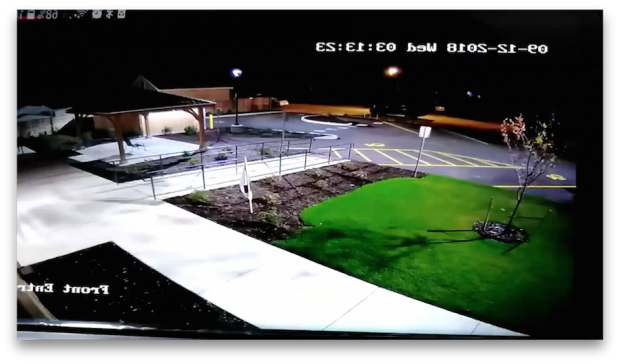 Last Wednesday, a two-year veteran of the Buffalo Police Department, Elnur Karadzhaev, shot and killed Rafael “Pito” Rivera in a parking lot on Plymouth Avenue at around 3:15am, and much of the speculation about the facts of the case hinges on the presence or absence of video footage of the event. At the time of this writing, several media outlets have viewed extensive surveillance footage. We at The Public obtained a raw one-minute-and-20-second clip of the incident last Thursday, and have declined to release the video thus far in accordance with the family’s wishes. We withheld describing the video late last week for the same reasons, and are only sharing now as other media outlets have already done the same.

Rivera’s is the third so-called “police-involved” fatality featuring a young man of color in the last 18 months, the others being Wardel Davis and Jose Hernandez-Rossy. Rivera’s is the only one of the three to be documented on video. Organizers and activists from several organizations, including PUSH Buffalo, responded to the deaths of Davis and Hernandez Rossy with calls for police reform and justice for the victims, who were both unarmed at the times of their deaths. The irony that Rivera would be shot to death in the parking lot of the former School 77, which was recently reopened as a community center and housing project developed by PUSH Buffalo, also the lead tenant and anchor of the building, is not lost on anyone, especially not on organizer John Washington, who has been among PUSH’s loudest and most forceful voices in Common Council chambers and on the streets about what he and many others have characterized as a police accountability crisis in Buffalo.

“Definitely the weirdest morning ever” is Washington’s naked response, captured on the video shared with The Public, as Rivera comes in to view, possibly tripping on a curb cut where the driveway to the parking lot connects with the sidewalk. Rivera then crawls up the driveway on all fours and Karadzhaev emerges from the shadows, gun drawn and in a firing stance. (The video contains no audio.) Rivera pauses on top of a sewer grate. Our partners at Investigative Post talked with a police source who said that at this moment Rivera is attempting to stuff a handgun through the holes of the sewer grate. Karadzhaev is maybe 10 feet from Rivera, and takes a few defensive steps backward, gun still trained on Rivera, who rises with a gun still possibly in his hand—the video we have is inconclusive. He takes a few running steps away from Karadzhaev at an angle, and then there are two muzzle flashes from Karadzhaev’s gun as he shoots into the back and side of Rivera; the second shot knocks Rivera to the ground. The encounter described in this paragraph occurs in about 10 seconds.

Three other officers approach from the shadows as Rivera lies on the ground. None appear to have their weapons drawn. Karadzhaev handcuffs Rivera, who lifts his head slightly, then drops it again. The video we have ends there.

According to Investigative Post and other sources, paramedics didn’t arrive for another five minutes and no one—not police, not the ambulance, and not fire—administered first aid or any other life-saving measure to Rivera.

As much as the video does show—most crucially, Karadzhaev refusing to physically engage the prone Rivera just a few steps away, and then Rivera being shot in the back after he rises and attempts to flee—there is much that takes place outside of the PUSH surveillance camera’s eye that will most likely be filled in solely by police accounts, which have proven unreliable and misleading in recent high-profile incidents. Buffalo police are not yet equipped with body cameras.

In March 2017, Antonio Gutierrez led police on a rush hour chase from Kaisertown into Seneca-Babcock at speeds around 100 miles an hour, finally colliding with a school bus. Our eyewitness testimony claimed the police fired shots at Gutierrez, who was severely injured in the resulting car accident. Only months later did WGRZ’s Danny Spewak confirm it: The chase began with police opening fire on Gutierrez in his car on Weiss Street, and Gutierrez fleeing for his life.

In the aftermath of Rivera’s shooting death, Deputy Commissioner Joseph Gramaglia had the following interaction with media, as reported by the Buffalo News:

Gramaglia was asked whether the man was still running when the officer fired.

“We’re still looking at the video. We’re reviewing that. Yes, the suspect was continuing his forward motion,” he said.

When asked if the man was moving forward toward the officer, Gramaglia declined to provide any further details.

Police would not say how many shots were fired or where the man was struck. Police called for first aid but the man died at the scene.

Based on what we know now from the video, Gramaglia’s comments appear self-serving rather than objectively truthful. And this unfortunately is not Gramaglia’s first rodeo; he was B-District chief when his officers were involved in the beating death of Wardel Davis, an event complicated by Davis’s asthma.

The New York State Attorney General’s investigations into the deaths of Wardel Davis and Hernandez-Rossy both recommended that Buffalo Police Department become accredited with the state to ensure they receive proper training, and that the department equip officers with body cameras. The department is in the process of becoming accredited, but still are not equipped with body cameras.

The BPD recently concluded a pilot program in which about 20 officers tested body cameras for about four months, but are really no closer to the implementing them. The department has publicly balked at the cost for data storage, which it claims will cost as much as $2 million annually.

In 2016, for his master’s thesis at SUNY Buffalo State, Gramaglia—then a captain, now a deputy commissioner—examined the growing trend of police departments buying and implementing body cameras, in the course of which he conducted surveys of the Buffalo and Rochester police departments. In his introduction, Gramaglia writes, “Citizens want transparency and want to see what police are doing and how they do it. No longer will citizens take officers’ word for what happened as gospel, they want to see the video proof.”

Notably, the cost estimates for data storage Gramaglia cites in his master’s thesis, while substantial, do not come close to the outer bound of $2 million annually his department is claiming now. By November, police will be moving into a new headquarters that went nearly $3 million and 78 percent over budget.

In the meantime, an interaction such as this one between Rivera and Karadzhaev, who police say was responding to a 911 call reporting a man with a gun, may be subject to the same creative narrative building we’ve seen elsewhere—narratives authored by the police on the scene, by the department’s top brass, by the police union attorney, Thomas Burton, who invariably represents officers who become entangled in violence as heroes in fear for their lives.

The strange and silent tenure of Commissioner Byron Lockwood, who has yet to make any public comment on the shooting death of Rafael Rivera, continues.

UPDATE: At a Police Oversight Committee meeting held the morning the story above was published, Commissioner Lockwood was in attendance. It was announced that body camera rollout was expected to begin in December/January and take two to three months.