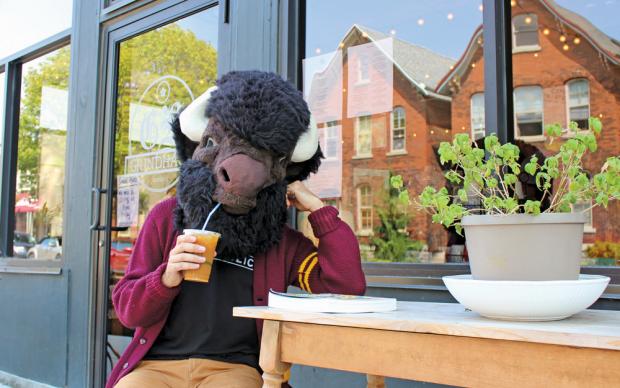 Buffalo’s restaurant scene has come a long way in the last 10 years, but, if you’re broke or on a budget, that growth can feel inaccessible. What UB graduate student can eat at Black Sheep or Billy Club every week? Happily, the scene has expanded across the spectrum: There is a wealth of cheap, delicious places to eat as well—dozens of them, really, from Burmese to Middle Eastern, Puerto Rican to Ethiopian. Here we offer a a handful of suggestions, some new and some old standbys, as a jumping-off point. Start here and you’ll soon find many new favorites.

They are not the only $2 tacos in town but they are probably the best. A more substantial torta runs just $5 at this Kenmore institution, run by the family that also owns Don Tequila, Agave Mexican, and El Agave.

We have never done a cheap eats feature that did not include this West Side storefront Puerto Rican restaurant. (Ask our editor about it.) Substantial lunch specials just $6; mammoth sandwiches, big enough to serve two, for a couple dollars more.

For our money, the best of the region’s handful of Caribbean restaurants. Lunch specials—curried or jerked chicken with beans and rice, for example—run $6 or $7. Full dinners are a bit more but worth it for the cabbage and mac and cheese.

Freddy is a barbecue artist, and his sides—which are as important a measure of a barbecue joint as the meat itself—are impeccable. And every dish on the menu is $10 or less.

A North Buffalo standby toward the east end of Hertel Avenue. Nothing on the menu costs more than $5.25—that’s the taco salad—but we usually go for two guaco tacos, $2.35 each, and slather them in pico de gallo and hot sauce.

This ice cream stand also offers burgers and fries and other such fare at remarkably low prices. (Most lunch specials come with a piece of cake, too.) It’s not exotic but it’s a bargain. The delicious barbecue joint next door, Mr. Bone’s, appears to have closed, but something new is sure to fill the space soon.

Pho Dollar isn’t super-cheap—you’re going to spend $10 or $15 per person here, maybe more—but use the money you saved by living on $2 tacos and splurge: This Vietnamese place makes lovely dishes unlike any other place else in town.