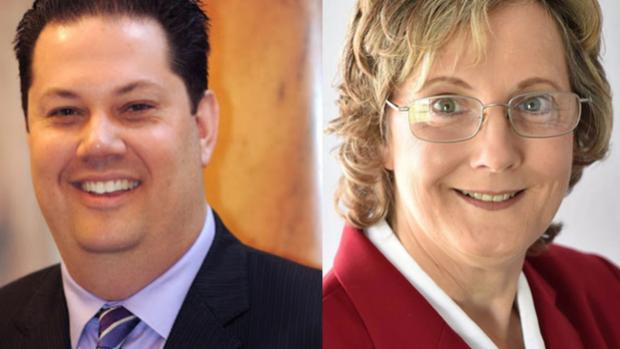 I believe that New York’s system of electoral fusion is a more pervasive scandal than the alliterative Buffalo Billion bid-rigging. Electoral fusion is worse for New York and the root of its corrupt political culture.

In a nutshell, electoral fusion is the system whereby New York State—and only a small handful of other states—permits political parties to endorse and run non-members. It’s how Republican candidates show up on the “Conservative” and “Independent” and “Reform” party lines on a November ballot. It’s how Democratic candidates show up on the “Working Families” and “Womens Equality” party lines. Even more horrifically cynical is party raiding, most frequently seen by Republicans hijacking the Green Party line by running handpicked dummy candidates to split the left-of-center vote and weaken Democrats.

A decade ago, the fusion game was played on political pamphleteer Joe Illuzzi’s page, where the “Independence” party endorsement was largely dependent on whether a candidate bought an ad. The payoff here is that these tiny parties, which would otherwise have zero clout whatsoever, get to wield ridiculous influence over our electoral process that is totally out of proportion to their actual numbers. Party stalwarts get jobs. If it sounds like racketeering, that’s because it is. The only innocent minor party is the Greens, who do not cross-endorse, and are victims of repeated Republican attempts at theft of their line.

If New York abolished fusion, a massive amount of casual corruption would immediately cease. This wouldn’t mean minor parties couldn’t exist—it would just mean that they actually would have to run candidates, recruit members, and compete in elections. Given the sad state of New York politics, I’d bet a third party could gain quite a following and become influential because of its ideas, rather than its craven dealmaking.

But today is not that day, as an Assembly race out in the Rochester area is so glaringly revealing.

There is a nasty Republican primary race now for the 133rd Assembly race, and sparks are flying. This is the seat that was vacated by the late tea party/talk radio Assemblyman Bill Nojay, who took his own life on the morning he was to go to trial for federal criminal fraud charges. Joe Errigo, who had served in the Assembly for 10 years under previous lines that largely overlapped, agreed to come out of retirement to serve again. He managed to win in the Trump deluge, despite showing obvious signs of Paladino Syndrome, like having a racist meltdown on live radio, insisting Obama was telling blacks to murder whites. Supposedly, the understanding was that Errigo would just be a seat warmer until the GOP could get its act together for this year’s election, but he stunned everyone by announcing he was running for reelection. The man is not well: sheriff’s deputies had to bring him home after he got lost a few weeks ago.

Livingston was the only county that designated Byrnes. The Monroe and Steuben GOP committees stuck with Errigo.

The explosive news is that a Republican Assembly candidate paid Livingston County Conservative Party chair, the Reverend Jason McGuire, an outrageous $20,000 for “consulting” just before the Conservative County Committee gave Byrnes its designation as candidate in the race. McGuire—who has used his pulpit for anti-LGBTQ political purposes—has since returned the money, but you’re unlikely to find a more egregious or obvious example of the electoral fusion culture of bribery and scandal. This sort of payoff isn’t an unintended consequence of fusion, it’s become baked into the system itself. Here’s what a Rochester political consultant said about that amount of money:

“The $20,000 fee is beyond comprehension for a race for the Assembly. We are talking about a primary not a hugely contested general election… and even then it is more than twice what it should be,” said Arnie Rothschild, a Rochester Political Consultant who previously worked on Mayor Lovely Warren’s Campaign. “I have been in 150 or so elections around the state and would never ask for that kind of money.”

“I am humbled and grateful for the endorsement of the #LivCo Conservative Party, stated [Marjorie] Byrnes to the @GeneseeSun.com. https://t.co/HtkTeSmN3B #NYAssembly

Marjorie Byrnes, who decided to primary Errigo the unwell, is a former Rochester City judge (she was a Democrat then). Byrnes received the endorsement of the state Conservative fusion party, and this happened:

“I am so incredibly proud that the state committee party chose to endorse me as their candidate,” Byrnes said. “I am sad that some politicians want to work against the conservative party candidate and their principles for political motivation.”

Prior to the vote, McGuire had written a letter to the state Conservative Executive Party Committee, outlining the reasons why the Livingston County Conservative Party was supporting Byrnes. In the letter, McGuire also disclosed to state committee members that he had assumed campaign manager responsibilities for Byrnes.

“In full disclosure, you should know that I am assuming campaign manager responsibilities for the Byrnes campaign,” McGuire wrote in the letter.

But the letter did not disclose that he had accepted $20,000 from Byrnes to do the job. At the same time, Byrnes filed and disclosed her campaign expenditures with the state, as required by law. Her filing included full disclosure that she had paid $20,000 to McGuire for his services coordinating her campaign.

The obviousness of the pay-for-play was pretty glaring, even for right-wingers:

The [State Conservative fusion] committee ultimately decided to authorize Byrne as its candidate for the 133rd Assembly District, but some members did not realize McGuire was receiving compensation and felt misled. State Party Chairman Mike Long said in the aftermath he asked for the regional vice chair’s resignation.

So, McGuire returned the money, explaining:

“I honestly felt that when I used the phrase ‘in full disclosure’ that my point was clear,” McGuire told The Livingston County News via email. The response was received after this week’s print edition had gone to press.

“The phrase ‘in full disclosure’ means that there is something that needs to be disclosed. There would be no need to disclose that I was voluntarily supporting a candidate. However, not everyone at the meeting understood my intention, and I now realize that my statement could have been more express,” McGuire said.

When the committee learned that McGuire was a paid member of the Byrnes campaign, McGuire returned the $20,000 payment to Byrnes and sent a letter on July 23 to Michael Long, chairperson of the state Conservative Party, notifying him that he had returned the money to Byrnes and offering to resign his seat on the executive committee.

The Errigo campaign pounced, accusing McGuire and Byrnes of corruption:

“This is the worst of what New York state politics is all about and it should not happen,” campaign spokesperson Arnie Rothschild said. “The fact that Mr. McGuire now says he has returned the money is an indication he recognizes this was wrong. However, if you rob a bank and return the money two days later, you’re still guilty of robbing a bank.”

Rothschild questioned why McGuire did not recuse himself from the state committee’s conversation about the race. He also said $20,000 is an unusually large amount to pay for an Assembly race and, to his knowledge, McGuire has not served as a campaign consultant before this year.

The Livingston County chair said he has in fact been involved in numerous campaigns although he typically works for free. The Errigo Campaign said it is reviewing the incident with attorneys and has not filed any formal complaints, although they believe it is potentially a felony.

It’s not just the “worst” of what New York politics is about; it is emblematic of the fundamental corruption of our fusion system. Fusion and these sorts of commonplace payoffs—usually done more subtly than this McGuire/Byrnes scenario—is at the heart of our system and the root of New York’s culture of corruption. It is pervasive and constant. It happens here in Erie County every election cycle. It is everywhere. After all, what good is it running a minor fusion party with a handful of members if you’re not getting paid?