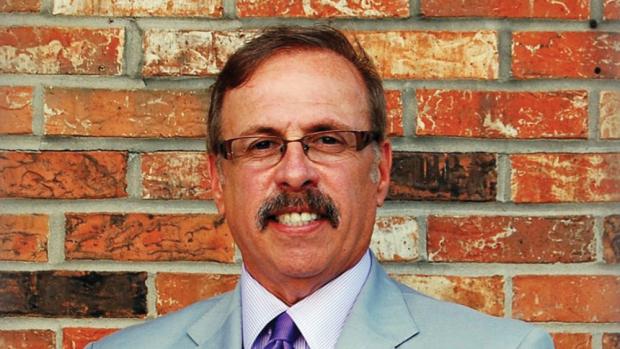 These days we all would be wise to behave as if everything we do is being recorded and downloaded directly to the phone of the person we would least like to see it.

That is one lesson that Joe Mascia learned last week. Another, hopefully, is never to use vile, racial epithets—not for fear of being caught but because they are vile and racist and damaging to the society we aspire to be.

Mascia is an elected resident commissioner for the Buffalo Municipal Housing Authority. He is challenging incumbent David Franczyk for the Fillmore District seat on Buffalo’s Common Council. He was recorded by an ex-employer, Peter Christopher, referring to a number of black public officials—including Mayor Byron Brown, Common Council President Darius Pridgen, and BMHA executive director Dawn Sanders-Garrett—as “niggers.” That recording was obtained by the Buffalo News, which published a story last Wednesday evening. It has since spread far and wide. You can listen to the unedited six-and-a-half-minute audio file over at Alan Bedenko’s post about a kerfuffle involving Mascia supporters in Franczyk’s office.

In the aftermath, his African-American campaign manager, who at first defended Mascia, has resigned and joined a chorus asking Mascia to drop out of the Fillmore District race. The mayor’s appointed BMHA commissioners have asked Mascia to resign his seat, too, and threatened to strip him of his office if he does not. It is hardly surprising that Brown’s appointees should seize the opportunity to try to rid themselves of a consistent critic, but they will be hard-pressed to find the means to do so in BMHA’s bylaws. And that’s a good thing, too: While Mascia’s language was odious, one ought to be wary of any effort to remove a duly elected official on the basis of offensive behavior. That’s what elections are for.

Before the story broke on Wednesday, Mascia emailed an advance apology for his behavior. For what it’s worth, that email apology was exemplary: no suggestion that his remarks were taken out of context, no excuses, no hedging:

It was brought to my attention today that I was recorded without my knowledge, and on the recording said something that I am deeply embarrassed by and ashamed of. The statement was totally out of character.

I have deep regard and respect for the individuals mentioned in the recording and apologize to them personally and profusely. It is my hope that they will accept my sincerest apologies and forgive me for my weakness in that moment.

What hurts me the most is offending my friends and people who had the faith in me to ask me to represent them on the Common Council — specifically the minority community. When in office I will fight relentlessly for all minority communities — the African American community in particular — as I have done for five terms as housing commissioner.

To my wife, my daughter, and my grandchildren — who expect much more of me than this — I am deeply sorry.

Regardless of my frustration at the time, there is no excuse for the language that I used. I will continue to fight for neighborhoods that have been neglected and people who have been ignored.

To the people I have hurt, and to the public in general: nobody deserves being described with such language — especially coming from me. It is my hope that I can regain your trust in the coming months.

That last paragraph is a vain hope, of course: His campaign for the Common Council seat is effectively over. Mascia will never have another shot at elected office. In the first paragraph there is the seed of a narrative that Mascia’s supporters have tried unsuccessfully to plant: that he was set up by Christopher, possibly with the complicity of Joel Giambra, the former county executive. Nobody cares how or why or who, when the what is so abundantly obvious.

Since that email, Mascia has done himself no more favors. In interviews, he has retreated into two overworked tropes: 1) in which the white person caught being racially offensive claims, “I have lots of black friends”; 2) in which that person claims, “I am not a racist.”

The first trope irritates because it proves nothing and lays on those black friends an obligation to speak, whether in support or condemnation, to the behavior of the person who has just been exposed. The second trope irritates because no white person in late middle age raised in Buffalo—in this country, for that matter—should ever claim not to be infected with racism. Racism is everywhere. It is cultural and thereby unavoidable. Those of us who are white can only hope to confront our racism and the privilege our skin color affords us honestly.

Mascia would have done better to say publicly, “I might be a little bit racist. But I’m working on it.” It’s what we all ought to say, if only to ourselves.