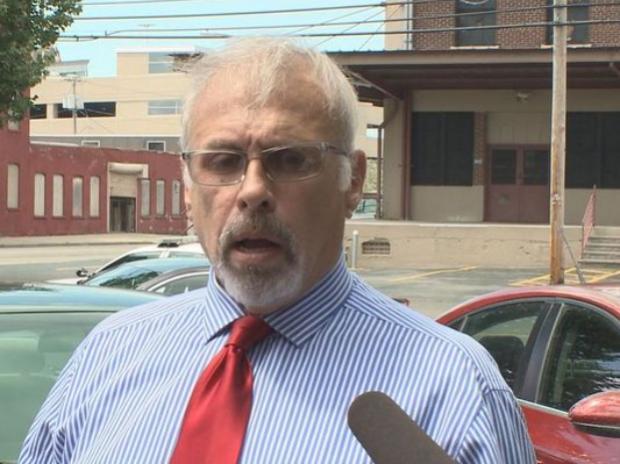 Scroll to the bottom, and you’ll find what I believe so far to be the first publication of the unexpurgated Joe Mascia tape. I think it’s important to hear the words that he says, the way in which he says them, and the context in which they’re spoken. In the meantime, a story.

A few weeks ago, Fillmore District Common Councilman David Franczyk’s staffer, attorney Michael Kuzma, was hosting former Buffalo writer and gadfly Dick Kern in his office in City Hall. Then-Councilmember Michael LoCurto was there, too. It was lunchtime, and Kuzma was going to join the visiting Kern for lunch. Kuzma was then called into Franczyk’s office.

In the office were two of Joseph Mascia’s political operatives — his now-former campaign manager, Cheektowagan Katrinna Martin, and North Tonawandan aggro-blogger Matt Ricchiazzi. The blogger wanted to take pictures in Franczyk’s office, and Kuzma refused, adding that, “you write crap, you get nothing.” Kuzma was specifically referencing myriad anti-Franczyk pieces the blogger had published, some of which may have been defamatory. Kuzma then began walking Mascia’s operatives out of Franczyk’s office. Kuzma says he never touched either of them.

Kuzma has a history with the blogger, who had once run for Mayor of Buffalo. Kuzma and fellow election law attorney Jim Ostrowski had met with him at the time to help him out, but the putative candidate simply didn’t meet the residency requirement. In his only prior interaction with this young man, Kuzma had only ever tried to help him.

At this point, Mascia’s campaign manager began yelling, demanding that Kuzma stop cursing. Kuzma, however, wasn’t cursing and he continued to try to usher the two out of the office. The blogger again attempted to get his camera on, and Kuzma put his hand up to block the lens. The blogger dramatically started shouting, “don’t hurt me! Don’t hit me!” And loudly saying things like, “this is how residents in the Fillmore District are treated.” It was, to hear Kuzma tell it, a surreal scene.

Kuzma withdrew at this point, and the two unwanted visitors left. After he returned from lunch, a Buffalo cop walked into Franczyk’s office to investigate whether, “someone manhandled a couple of constituents,” and that someone in the office was accused of having, “attacked a woman, manhandled another gentleman, and dropped the ‘f’ bomb.” At the time, Kuzma didn’t know that Martin was on Mascia’s payroll, but he knew the blogger had some relationship with him.

The officer called a lieutenant, who came by 2-3 hours later and heard Kuzma’s side of the story. The lieutenant said he was thinking of charging Mascia’s operatives with trespassing. Kuzma said that probably wouldn’t stick, since it was public property.

A few days later, however, a detective came by Franczyk’s office to take photographs of the “crime scene”. The detective left a calling card with a note informing Kuzma that, “we need to talk to you, you manhandled a couple of people.” Kuzma drew up a witness list and had Franczyk and LoCurto recount what they had observed — that Kuzma had acted professionally at all times, and that Mascia’s interlopers had tried to manufacture some sort of fracas. Kuzma, for his part, was flabbergasted that the BPD had the time to spend on this, given the crime issues in the city.

Kuzma was going to go down to B District to give a statement, and asked prominent attorneys Daire Irwin and Peter Reese to accompany him. However, the Detective wasn’t in, and Kuzma was not interviewed at that time. The next day, Kuzma got a call from the detective informing him that the charges were unfounded and the investigation was over. Kuzma suspected that the detective had spoken with the District Attorney, and acknowledged that a trespass charge wouldn’t stick.

Kuzma then suggested to the detective, “what about charging them with filing a false police report?” The hunt is now on to see what, exactly, was contained in the complainants’ police report.

In the meantime, Mascia’s operatives had gone to 311 citizens’ services and made some sort of complaint, which was forwarded to Franczyk’s office for review.

But what we have is two non-residents of the City of Buffalo who are affiliated with the campaign of a Franczyk rival coming into the councilman’s City Hall office to cause some sort of scene or to set Franczyk or his staff up. Kuzma characterizes it as a “political hit” and that, “without witnesses, this could have turned out very badly” for him.

If a news outlet, political operative, or blogger legitimately attends some meeting or event and is threatened or mistreated, it would be newsworthy and typical for that to become a news story in and of itself. It is a wholly different thing, however, to show up at an elected’s office in an effort to corner or embarrass him, or to manufacture a controversy when one didn’t naturally exist. That’s activism—not journalism. That’s incitement—not reporting.

Mascia began appearing on everyone’s radar last week when he was caught on tape making horrible, hateful racist remarks about local officials such as Mayor Byron Brown, Councilmember Darius Pridgen, and others. He refers to Lou “Fas” Fasolino as a “camel jockey.” He calls the Mayor a “tizzun.” He threatens to wear a “wire” to entrap Joel Giambra.

It would seem that Mr. Mascia’s operatives tried to set up Franczyk and his staff, thus stopping him now from whining about the audio recording being a “set up.” To my knowledge, here’s the only unexpurgated version of the recording that’s been made public. Listen for yourself.