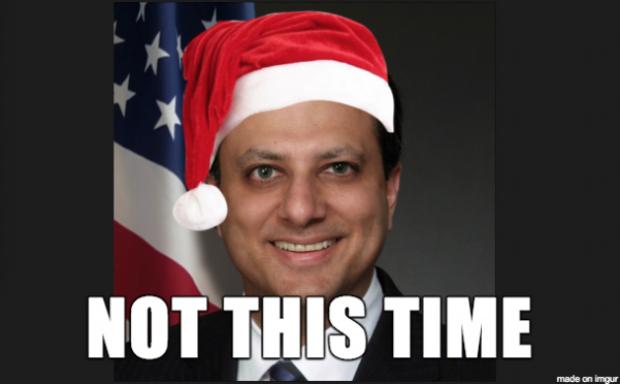 Note: The Attorney for the Brown Campaign spoke with me after this piece was published, and that update can be found here.

We’re still waiting for the inevitable Preetsmas fallout. The statute of limitations for all of the alleged misdemeanors expires in the next month, so everyone expects something to happen shortly.

Although somewhat hobbled by a federal and state investigation into alleged campaign finance fraud and illegality, Steve Pigeon’s crew is still active in the Michele Brown for Family Court race. The endorsed Democratic candidate is Kelly Brinkworth.

The Buffalo News and Geoff Kelly in the Public have recounted the political oddballs helping Brown out, and the curious inflow and outflow of money regarding that campaign. Most notable was the $10,000 to Steve Casey’s LSA Strategies — a business carefully set up using a proxy Brooklyn address, perhaps to thwart or slow scrutiny into its ownership. It remains an open question whether this is the rumored company that Casey co-owns with Chris Collins’ Congressional Chief of Staff, Chris Grant.

Local political veteran Ken Kruly runs an excellent blog, and he looked into the Brown campaign’s campaign disclosures, noting this:

The “payments” made by the Michele Brown campaign are indeed wrong on a number of levels:

1. You can’t “hire” a political committee to do work for you, since the very nature of a political committee under the IRS code exception is to keep the money going in and out  ”tax free”. As soon as a political committee gets into the business of making money by being paid for circulating someone’s petitions, they have become a profit-making entity subject to state and federal taxation.  What Clarence Supervisor Hartzell is doing is “earning” money payable to his political committee without paying taxes on it. This is pretty basic, and not an obscure rule, so the Michelle Brown campaign is participating in a tax avoidance scheme. Since she has now stated that she paid the money for petitioning services, will she be sending the Hartzell political committee (and the Christina Bove committee in West Seneca) an IRS 1099 form, as a vendor? And will his committee start filing tax returns and pay income taxes on the money received? If not, that’s illegal.

2. The legal limit for “contributions” to the Hartzell campaign is about $1,000 for the primary race against Town Councilman Pat Casilio, and $1,000 if Hartzell makes it to November.  Brown’s campaign ”contributed” — and he “accepted a contribution” — of over $6,000.  Seems like a pretty big faux pas on the part of such a business savvy town supervisor. The limits in West Seneca for the Bove “contributions” may be higher.

3. The Brown campaign has another problem. If she has listed these payments, under the sworn signature of her treasurer, as “contributions” made to two candidates’ political committees, judicial ethics rules prohibit such “contributions” generally, but makes an exception for the attendance at political parties as a part of “campaigning”.  The committee for a judicial candidate may purchase up to 2 tickets (@ $250/each) for attendance at such political events. Paying another political committee for petition labor doesn’t count, and any such contribution is illegal.

So, we have the same old crew running the same old racket, with Pigeon as boss and Casey as underboss. As always, the promise of money and patronage help them marshal a crew of soldiers, (who are, at best, ignorant), to break laws and ethical rules in order to funnel campaign cash into friends’ vendor businesses and buy an elected office. In this case, it’s comparatively small potatoes, since the Family Court judgeship doesn’t control a significant number of jobs. This amounts to an attempt to stay relevant even when under investigation.

But as set forth above, they seem to have an almost innate inability or unwillingness to follow the law and rules, prefering instead behavior so brazen, one could coin a new phrase, ”political racketeering”. They’re taking a big risk, because there is an Attorney General and US Attorney who are aggressively pursuing violations of laws that had previously been subject to lackadaisical enforcement.