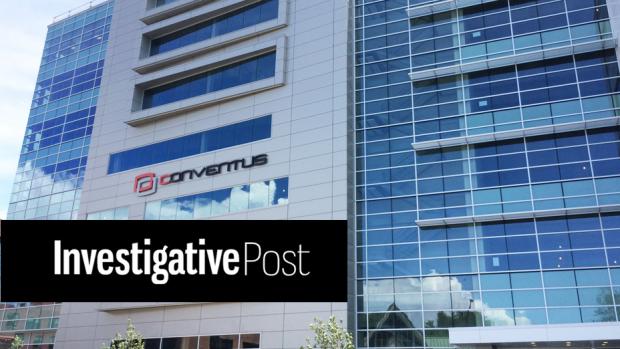 Five years on, there’s little evidence those jobs have materialized.

AMRI was responsible for creating only 55 jobs, a goal the company met earlier this year. The partner companies whose jobs the state had been counting toward the project’s overall goal of 250 jobs appear to employ only a few dozen people, rather than the 195 anticipated. And only a handful of those jobs seem to be directly connected to the state’s investment in AMRI.

The cost of the direct AMRI positions works out to more than $900,000 per job, making it one of the region’s costliest subsidy deals.

The AMRI project was part of an ambitious vision to recreate in Buffalo the model of economic development used to create a flourishing nanotechnology cluster in Albany. Rather than giving money to companies directly, in the form of grants or tax credits, this approach involved upfront state investment—in this case, in a research facility on the Buffalo Niagara Medical Campus that AMRI rents for $1 a year.

The hope was that AMRI, as the anchor tenant, would attract other companies, creating a virtuous cycle of job creation and investment, former AMRI executives recalled. But exactly where all 250 of the promised jobs would come from, they said, was not entirely clear.

In 2013, Alain Kaloyeros—the former president of the SUNY Polytechnic Institute and the architect of the Buffalo Billion—said AMRI’s partnerships would be major job creators.

“My own projections,” he said, “are that within two to three years…we are looking at in excess of 500 high-tech jobs.”

It’s unclear, however, exactly which companies’ jobs the state is counting towards the 250 goal, or how closely those jobs are being tracked.

A spokesperson for AMRI said the company doesn’t have any commitment to create partner jobs and referred questions about those jobs to the state.

SUNY Poly, which originally oversaw the project and had previously given Investigative Post a headcount of jobs at AMRI’s partners, deferred to Empire State Development, the state’s primary economic development agency. A spokesperson for ESD, which took over the project after Kaloyeros was indicted in 2016, said the agency is not tracking jobs at partner companies.

State officials did point out, though, that the deadline for the 250 jobs does not kick in until 2020. Still, the employment figures at companies the state had previously been counting as AMRI’s partners do not appear to come close to the 195 needed to meet the overall goal.

A 2013 agreement between SUNY Poly and AMRI envisioned one company, PerkinElmer, supplying most of the spinoff jobs. AMRI agreed to work “in good faith…to secure 175 high-tech jobs from PerkinElmer,” in exchange for PerkinElmer supplying the equipment for the Buffalo facility.

This agreement did not pan out as anticipated, but the two companies did enter into a scaled-back agreement to work together, one former AMRI executive said.

PerkinElmer did not respond to repeated requests for comment. As of this June, however, PerkinElmer’s contract with AMRI had ended, and the company had just six employees in Buffalo, according to Buffalo Business First.

Another company whose jobs the state had been counting towards the 250 goal, HarkerBio, is receiving its own set of subsidies through the Start–Up New York program and will pay no state or local taxes until 2024. HarkerBio has created two dozen jobs, but company representatives said that’s unrelated to AMRI.

“Our job creation efforts are the result of our hard work and not a function of any contractual relationship or commitment to AMRI,” a company spokesperson said.

The status of another company previously counted among AMRI’s partners, the New York Center for Nanomedicine Research, is unclear.

“I don’t think we ever see a return on our investment when we pay that much per job,” said Ron Deutsch, executive director of the Fiscal Policy Institute, an Albany think tank.

Politicians, Deutsch said, “love the ribbon cutting ceremony, donning the hard hat and putting the shovel in the ground, but when push comes to shove these projects never seem to create the number of jobs they’re supposed to.”

The cost per job for the AMRI project is high for Western New York—even among projects funded by the Buffalo Billion, Cuomo’s plan to revitalize the region’s economy with massive state investments in high-tech industries.

Projects subsidized by the Erie County Industrial Development Agency in recent years, by contrast, work out to around $2,300 per job.

Despite the high cost of the AMRI jobs created so far, state officials appear undeterred: Jason Conwall, an ESD spokesperson, said the agency is in discussions with AMRI about a second phase of the project, which would presumably involve more state investment in exchange for another job commitment.

The project was one of several initiated and overseen by Kaloyeros, who quietly steered the construction work to LPCiminelli, whose former CEO, Louis Ciminelli, was recently convicted, alongside Kaloyeros, of bid-rigging on another Buffalo Billion project, the $750 million factory for SolarCity.

Abruptly discarding an earlier plan, Kaloyeros pushed to locate the company in a specially added seventh floor of the Conventus building, which was already under construction, according to testimony from his recent trial. The logical choice to add the extra floor was the company already building the first six: LPCiminelli. The company was awarded the work under a no-bid contract.

The change resulted in higher construction costs than anticipated and logistical problems for AMRI, which couldn’t store the highly flammable chemicals it used for research on the seventh floor.

“In retrospect, there were a whole lot of red flags in this project,” said Schimminger.

Charlotte Keith is a reporter for Investigative Post, a nonprofit investigative journalism center focused on issues of importance to Buffalo and Western New York.  Originally from London, she has a master’s degree from the Columbia University Graduate School of Journalism, where she was a fellow at the Toni Stabile Center for Investigative Reporting. Follow her on Twitter: @char_keith.