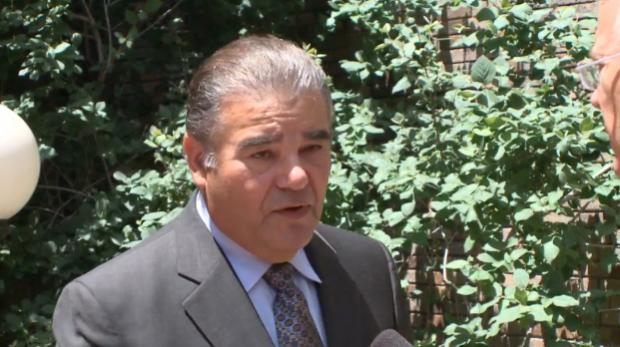 On the Fourth day of Preetsmas, I wrote this about Gene Caccamise, the Rochester-based former head of the Bricklayer’s Local 3:

I used an image for a post that Steve Pigeon had Tweeted in 2013 to rebut an article of mine where I recounted two sources’ recollections that they had heard Governor Cuomo admonish Pigeon to stay out of the Hamister deal in Niagara Falls. Indeed, in all my years of writing about Pigeon, this was the one and only instance where he ever directly addressed one of my posts. He went on to write,

Pigeon’s Tweets are dated September 12th, and the primary election had been held on September 10th. The image was taken, and the exchange with the Governor was held on the Sunday before the primary. Pigeon’s AwfulPAC (WNYPC) effectively ceased all activity after September 10th. A singular donation of $25,000 from the International Union of Bricklayers and Allied Craftworkers Local 3 was quite puzzling, and no one reported on it until I brought it up in July 2014.

Pigeon’s friend Gene Caccamise was the regional head of that Bricklayer’s Union local until his resignation in March 2015. As to that donation, no one understood why it was made, and it’s glaringly odd because a $25,000 donation would have practically emptied the union’s PAC’s account. The image above is taken from Pigeon’s WNYPC 2013 11-day pre-primary filing. By contrast, this is what the Bricklayer’s union’s disclosure shows on its corresponding 11-day pre-primary filing:

Now, take a look at this incredible story from WGRZ and Steve Brown.

We now know that the union’s PAC didn’t make the contribution — the $25,000 came from the union’s treasury, and Caccamise told WGRZ’s Steve Brown that it was the “best money [he] ever spent, because it bought him an audience with the Governor and work for his union members.

But in the clip below, Caccamise explains that his Local also donated $30,000 directly to Cuomo. So, $30,000 alone doesn’t buy you access? You also have to separately contribute to a Steve Pigeon ratfcking PAC and get Pigeon to intervene with the Governor on your behalf? Why that PAC? Why not, say, hire Pigeon’s PAPI Consulting to lobby the Governor? That “AwfulPAC” was active for only a few short weeks — how did Caccamise know to contribute to it? How did he even know it existed?

My theory is that Caccamise is fumfering about that question when Steve Brown asks it for a reason — it was probably solicited.

I don’t understand why a union would find it necessary to contribute to a campaign committee that was set up to support a weak Sheriff candidate and to help flip the legislature over to the Republicans; typical Pigeon ratfcking.

But at least we now know why the contribution was never reported by the Local’s PAC — it was a direct contribution from the union’s own coffers. It bears repeating that the Buffalo rep for the union local was puzzled by the contribution and had no knowledge of it, or why it was made. From the WGRZ story,

Caccamise says, “I found out Steve Pigeon was consulting with the Governor and one of his go-to people for Buffalo and I says, ‘What can I do to help? I need jobs,’ ” said Caccamise.

The union’s own political warchest was low. A reduction of hours for members meant union dues were down. But, Caccamise was ready to dip into the local’s treasury, and he did, cutting the check for 25-grand to WNYPC.

“There’s no law against giving money away,” Caccamise said.

“That 25-thousand dollars was probably the best money I’ve ever spent, because I got to talk to the Governor. I got to sit with him telling him our problem and he listened.”

The union needed work. The union donated to a PAC to get close to Pigeon. A meeting with the Governor followed…and there was work.

If it sounds like pay-to-play politics to you, Caccamise disagrees.

Right. I’m not a politician, I just hang around with them and buy access for my union through shady go-betweens by contributing to obscure political committees that exist for about 3 weeks. He spends almost 5 minutes explaining in minute detail how he had to pay-to-play, but when asked, “was this pay-to-play”, he gives the weakest denial, ever.

Caccamise says the union lost a ton of money through Bernie Madoff’s infamous Ponzi scheme, but:

The Bricklayers and Allied Craftworkers Union Local 3, based in Pittsford, outside Rochester, and with regional offices and membership in Buffalo, also has told members that some pension money invested through a “feeder fund” into Madoff Securities was lost. The fund had a value of $31 million at the end of 2006, the latest data available.

The union was not among the accounts listed in the court filing.

Caccamise makes it sound as if his union’s intervention made Cuomo pay attention not only to his union, but to Buffalo specifically. It almost sounds as if he’s taking credit for the Buffalo Billion or Canalside or the Medical Campus.

So, the plan, as explained by Caccamise, was to appeal to Governor Andrew Cuomo for more state investment in construction which meant the possibility of work for BAC#3.

The Buffalo Billion was conceived in 2012; Gene Caccamise didn’t put Buffalo on Cuomo’s radar in 2013. LIkewise, the Buffalo Niagara Medical Campus updated its master plan in 2010 — Caccamise wasn’t the impetus behind its continuted expansion or his members getting work, the work was already in the pipeline. If Caccamise is arguing that his payment to Pigeon (above and beyond the $30,000 to the Governor directly) brought about the work that saved the union, perhaps some specifics would be in order? Which projects? In what way did his payment(s) bring about more work that wasn’t already there?

Federal investigators talked to Caccamise about this contribution to Pigeon’s AwfulPAC, and there’s no evidence at this point of any criminality.

But there is, however, ample evidence of how fundamentally broken New York State politics and government are if a bricklayer’s union has to pay a nominal Democratic gadfly’s PAC $25,000 in order to get the Governor’s ear.