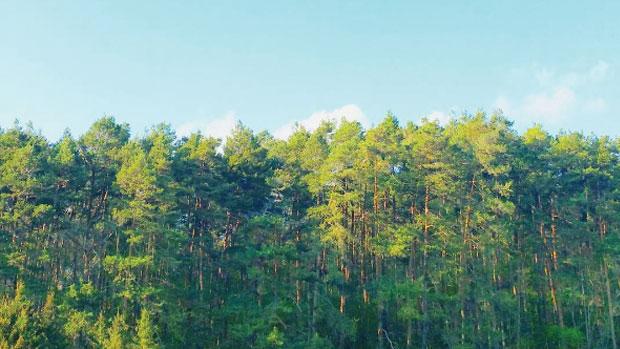 There’s an illusion that comes with summer, fueled by long days, warm weather, and light beer that the momentary bliss of a walk, a camping trip, a good bike ride, can somehow be extended. It can’t. I think this is what Jonathan Richman meant when he said that this “summer feeling will haunt you one day in your life.” Going outside, being in summer, is complicated during the earth’s sixth mass extinction. The more you know, the less you want to know.

Before cutting loose on a day trip to assist a friend who participates in a thrice-yearly bird count for the Buffalo Ornithological Society last Sunday, I watched a few West Side starlings duel in the middle of the street over what must have been a La Nova garlic parmesan chicken wing. Too heavy to carry away, the one starling was expending all of its energy in making a loud enough sound to scare the other away for long enough to peck at the meat of its genetic cousin.

Since 1939, the Buffalo Ornithological Study has conducted its count: Twice in the spring and once in the fall, birders divided among 28 sections from Lake Ontario to the Pennsylvania line and spilling over into adjacent territory in Canada collect data on the birds they see and hear. It takes a good ear, and Joe Fell, an educator and bartender by trade, spends a lot of time training his. He drives and calls out species and numbers, and I try to take legible notes as his Honda wobbles side to side. Joe says his car needs an alignment, but it feels like a wheel is about to pop off. When I share this concern, he assures me he’s checked all the lugnuts. And we’re not going far: Joe monitors section seven, the bottom half of Haldimand County between Port Colborne and Dunnville on Canada’s southernmost coast.

I’ve been birding for 15 years, but never with the regularity and close study that rewards those who take the time. Joe can hear past the rattle of red-wing blackbirds, the chatter of goldfinches, and the sing-songy chirp of the yellow warbler to pick out the willow flycatchers, the savannah sparrows, and the ovenbirds, often while driving with the windows down at 50 kilometers per hour.

Above being collectors, birders are naturalists. The birds themselves, or lack thereof, are symptoms of general health. Where plants are diverse, water is clean, nights are quiet and dark, and feral cat populations controlled, birds thrive. Where these environments go awry, the range of species diminishes. Bird counts are indicative of more than just bird populations; they point to global and local trends in wildlife conservation broadly.

From the beginning of our trip, Joe made it clear that whimbrel was the day’s prize. A large, long-legged wading bird who uses its long, gently curved bill to probe shore mud for crustaceans, whimbrels pass through the area on their way from their wintering sites in Central and South America to their breeding grounds in the Canadian subarctic. But shallow Lake Erie is high this year—not so high that it’s reclaiming property like Lake Ontario, but high enough to limit areas where migrating shorebirds might land. Most of the whimbrel’s rest stops had been washed out by the high water from spring’s unusually heavy rains. The rocks at Rock Point were unintelligible.

A fox kit on the lake in Haldimand County. Photo by Joe Fell

We saw most of the shorebirds on our count at a former phosphate mine translated into a wetlands of sorts, protected by a six-foot-high chainlink fence. Joe tagged the location as “Mosaic ponds” in a Facebook post, named after the company that left the habitat in its wake. Google satellite photos show two bright green pools, many acres in area, kept from public eye by a buffer of trees out of which a feral kitten came and almost charmed its way into Joe’s trunk. I joked that a real birder would kill the cat—annually, feral cats are responsible for billions of bird deaths in North America. Joe didn’t gratify that with a response.

Through the fence, he counted dunlin, killdeer, and greater yellowlegs, but no whimbrels. Off in the distance, maybe 400 yards, was the find of the day: an aberrant American white pelican. The vast majority of pelicans who winter on the Gulf of Mexico head north over the Great Plains and Rockies. Joe had seen the species in the Mosaic ponds before, but they are not at all common.

And neither was the other highlight of the morning, a trio of fox kits along the lakeshore in Lowbanks. Playful and unafraid, the kits hung out on the porch of an abandoned cottage and didn’t scatter as the Honda pulled closer. There’s always a tension between humans and wild animals as beautiful as foxes. To know them closely is to kill them. To not know them is to assure their eradication. Foxes, like polar bears or bald eagles, easily become a symbol in our conversation for the entire ecosystem. Starlings eat trash, but so do foxes.

Most of Haldimand County is farmland, with small towns and lakefront cottages scattered between quadratic fields. What Haldimand County has going for it, from a naturalist’s perspective, is its low population density. Fewer people mean less light and less noise pollution. In a bog just west of Port Colborne is thought to be the last local nesting site for Eastern whip-poor-will, a nocturnal bird with a haunting call who hunts insects in darkness. As lights confuse and kill their chief prey, moths, within a generation nesting areas in Western New York have disappeared, according to Fell. The closest other site in the state is around Fort Drum. On Fell’s hat was the image of birding’s great conservation parable: the ivory-billed woodpecker. Native to old-growth forests in Southeast, the simultaneously resplendent and goofy-looking bird was thought to have followed its habitat into extinction until one was rediscovered in Arkansas in 2005. It has not been seen since.

I don’t have access to the Buffalo Ornithological Society’s data, which reveal trends going back to 1939, but I imagine they follow a general pattern. There are irruptions, aberrations, exceptions, variations, but I expect there to be a decline in number and species, a brief rebound after federal legislation banned DDT, followed by more gradual decline. Wetlands have been drained, shoreline has been developed. This trend is part of why The Public’s environment editor Jay Burney has been so passionate about supporting the ecosystem on Buffalo’s Outer Harbor.

With recent news that the Antarctic ice is warming ahead of schedule, it’s hard to be optimistic about the health of the planet. Coming back over the border through customs, I found the product of a warm winter in the form of two dog ticks who had hitchhiked from Rock Point Provincial Park on the back of my thigh. Just a week before, at Buckhorn Island State Park on Grand Island, I’s removed at least a dozen such ticks from my clothing and skin. Climate change is arguably a bigger political reality than the one forcing me to surrender documents at the border. Just not enough of us have been bitten yet. When I see and hear birds my children, my grandchildren may never see, that summer feeling haunts me now.