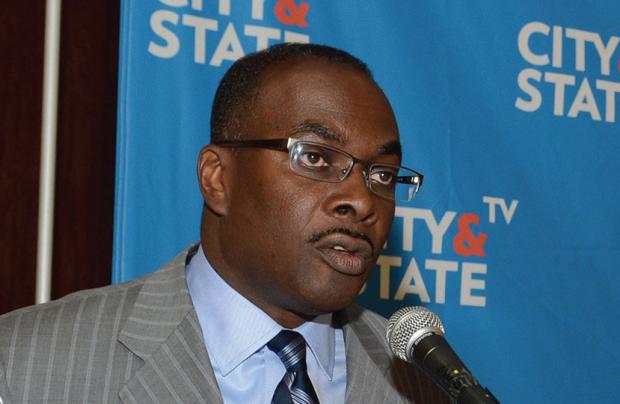 Participatory budgeting is an “idea whose time has come,” say its proponents, who are pressing for an allotment from the city budget to get the program started. At the core of the practice is the belief that democratizing the budgeting process will make it more efficient and meaningful to the people with intimate knowledge of the challenges presented in their neighborhoods. The premise of the program is that people know best what’s needed in their communities and are the best suited for deciding how their money is spent.

The process begins with a meeting, during which community members bring forth ideas for neighborhood improvement. A group of volunteers determines which projects are most viable, and writes proposals for those projects. Residents complete the process by voting. They also set the age threshold for voting. Many cities have seen energy and participation among the youth. Implementation of the winning projects is overseen by a steering committee, which, in the first year would be recommended by members of the Common Council, the Clean Air Coalition of Western New York [CACWNY], and the City Hall participatory budgeting committee. In following years, the steering committee would be comprised of members of the community in which the projects are taking place.

CACWNY, which has been the organizing force for bringing participatory budgeting to Buffalo, calls it “a different way to manage public money, and to engage people in government. It is a democratic process in which community members directly decide how to spend part of a public budget.”

Councilman Michael LoCurto introduced a resolution in July 2014 to establish a committee to implement participatory budgeting in Buffalo, at the time, calling it “an empowering tool that the City of Buffalo can utilize to engage city of Buffalo residents on how to spend public money, while simultaneously strengthening communities and deepening democracy.”

The committee included representation from all nine council districts, the Office of Strategic Planning, and from other organizations and agencies in Buffalo.

Revenue for the winning projects, according to the City Hall PB committee report, could come from the community development block grant program, capital improvement revenue, and/or revenue the city gets from the casino. For now, the goal is to get the mayor to allot money from the city budget.

Natasha Soto at CACWNY says that advocates asked for $1 million to get the program off the ground but are expecting to get just $250,000. She questioned whether the smaller figure was enough to get community members excited and, most importantly, involved, remarking that a $100,000 investment would result in a small project. By extension of logic, the $250,000 figure would mean enough for two such smaller projects in the first year of participatory budgeting.

For comparison, a recent PB vote in Long Island City will bring its residents an updated bikeway ($500,000), transportation for senior citizens ($55,000), and playground upgrades ($500,000). $1 million was the initial proposed sum, which went up, as sums tend to do.

A City Hall insider, who wished to remain anonymous, told The Public that Brown is reluctant to include participatory budgeting in the proposed budget because it represents a loss of control of part of the executive’s main source of power—money. He regards the budget as the “mayor’s money.”

“That’s flawed rhetoric,” said the source, “the money belongs to the community.”

Another objection on behalf of the mayor’s office, according to the source, is that planning workshops to gather community input for spending projects already exist, making participatory budgeting a redundancy. The source claims that these are typically poorly attended and that little effort is exerted by the mayor to encourage greater participation.

PB enjoys broad support among the members of the Common Council—the resolution to establish the participatory budgeting committee, introduced by LoCurto in July 2014, was passed unanimously—but, according to my source, there remains hesitation among some members to back words with deeds. Common Councilmen LoCurto, David Rivera, Richard Fontana, and Rasheed Wyatt have each pledged $5,000 from their district’s discretionary funds to show the mayor that they are willing to put skin in the game.

Soto of CACWNY added that Brown was “not against” but “not for” the proposal, noting that he is concerned about questions of implementation and appointments.

The mayor’s office was not available for comment at the time of this writing.

The Common Council, which has already accepted the budget, will propose its amendments for approval by the mayor on March 19. Advocates plan on having a line item for PB added to the city’s budget, which the mayor will either okay or nix. Participatory budgeting advocates have planned a 10am presser at City Hall on May 19 to draw attention to the decision.