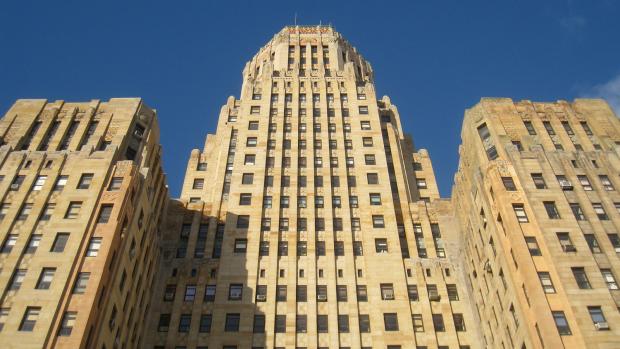 Last week, the Buffalo Municipal Housing Authority’s board of commissioners postponed its regular meeting by a week. When it meets at noon this Thursday at 300 Perry Street, count on the following to happen:

—Elected resident commissioner Joe Mascia will challenge the ability of the board to convene at all. Mascia is awaiting a ruling on an Article 78 action he filed in New York State Supreme Court which argues that Buffalo Mayor Byron Brown and the city’s Common Council failed to properly appoint the five commissioners chosen by the mayor. Thus, he argues, the body cannot meet and take decisions, nor have any of its decisions in the past several years been legal. The Article 78 may not hold water, but the judge has taken nearly two weeks so far to say anything about it, and if the action were entirely without merit he probably would have tossed it out of court at once. In any case, a decision is pending, and last year Mascia was forced to sit out of board meetings while a judge determined whether or not he had forfeited his position when he pled guilty to election law violations. (He kept his seat.) So he’s likely to argue that the board should have to wait on this judge’s decision, too.

—The board will be presented with an plan to address serious concerns about BMHA’s administration raised by the local office of the federal Department of Housing and Urban Development in a letter last month. (HUD provides most of BMHA’s funding. You can read about HUD’s specific complaints in a story filed two weeks ago here.) The letter demanded that BMHA submit a board-approved recovery plan within 30 days of receipt of the letter or face serious consequences, even receivership. As of Tuesday afternoon, that recovery plan had not been provided to the board members who would be asked to vote on it. Mascia and his fellow elected commissioner, Yvonne Martinez, have promised to vote against any plan they are not permitted to study in advance. And Mascia has a recovery plan of his own: Clear out the current administration and start anew.

—It is possible, too, that commissioners will learn that HUD is demanding the repayment of some of the money that BMHA spent on private law firms in recent years. After investigating BMHA’s reliance on outside counsel, particularly the firm Hodgson Russ, HUD’s inspector general asked BMHA to justify some of those costs. (Between October 2011 and July 2014, BMHA spent more than $1.4 million on outside law firms, including almost $900,000 related to the legal mire into which the Kensington Heights project quickly descended. HUD found fault with the means of procurement for $290,000 of those expenditures and asked BMHA to provide supporting documentation to justify them.) BMHA apparently did not comply, and so HUD wants a refund, according to a source at HUD, who says a letter to that effect was sent by HUD to BMHA last week. This is especially bad news for BMHA right now: Its fund balance has dipped so low that we’ve heard union officials have expressed to HUD their concern that BMHA might miss payroll if its financial position does to improve. Already, there is what amounts to a purchasing freeze in place at BMHA. BMHA’s precarious financial situation was noted in the March letter from HUD, too.

—To improve BMHA’s financial position, its commissioners are expected to be asked to consider transferring the former Woodson Gardens housing project (near City Honors) to a private nonprofit called Bridges, so that Bridges can sell it. Bridges is controlled by the mayor’s appointees to BMHA’s board of commissioners; it was created as a means of privatizing BMHA’s housing projects without sacrificing control of the jobs and contracts that attend them. Mascia intends to question how a sale of BMHA-owned property—which will require the approval of both HUD and residents—by a private nonprofit will benefit BMHA’s shaky bottom line.

Those are the fights we guarantee will occur. Who knows what else will come up?

In short, it will be a contentious meeting. And the contention will likely be futile. The mayor’s five appointed commissioners—led by the board’s chairman, Mike Seaman, who is also director of treasury for the city—tend to support any measure put forward by the executive director, Dawn Sanders-Garrett, also a Brown appointee. (That may be in part because Sanders-Garrett does what the mayor wants her to do, and Seaman conveys to her the mayor’s wishes.) The majority can outvote any opposition. But we hear that unity is beginning to unravel—that Sanders-Garrett has told the mayor that Seaman is to blame for BMHA’s current round of troubles. If that’s true, it’s a strategy unlikely to save Sanders-Garrett, whose tenure at BMHA has caused Brown far more trouble and embarrassment than any political accommodation could possibly be worth. As it happens, her contract is up for renewal this month. A month ago, Seaman told his fellow commissioners that she would be reappointed. Maybe he’ll have a change of heart.

On Saturday, at the annual Boom Days festival at Silo City, your correspondent had the pleasure of assisting Mayor Byron Brown in throwing a giant inflatable red ball into the Buffalo River—a ceremony, like the removal of the ice boom from the Niagara River, that spring has arrived. “Don’t lean to far over the edge, Geoff,” the mayor said jokingly, which brought to mind a joke this reporter had heard just moments before: “Finally, a job perfect for a politician: dropping the ball.”