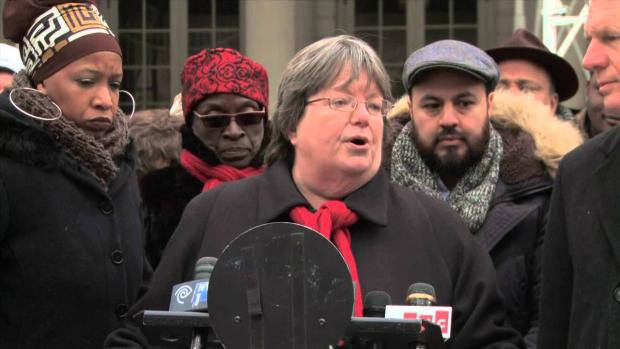 More than four hours into the New York State Assembly’s vote on governor Andrew Cuomo’s education/ethics bill, District 9’s Michael Fitzpatrick stood up to offer an explanation for his vote. “I have two words for Governor Cuomo: Thank you,” he announced, before casting a yea vote. “Thank you for taking on the teacher’s union—the most entrenched special interest in this state and prevailing.”

In any other context that arrangement of words tumbling from the lips of a Republican legislator wouldn’t deserve special mention, but in this instance—coming, as it did, after Fitzpatrick’s colleagues in the minority bloc had spent the better part of the night urging no votes on the bill, while condemning its treatment of teachers—it is remarkable.

The GOP minority, probably sensing the electoral opportunity presented by the thriving statewide opt-out movement—and, assured of the bill’s passage, and so certain that some timely posturing would have little if any effect upon the evening’s outcome—seized the moment and gave the Dems a night-long pounding for the bill they had negotiated and brought to the floor.

Cathy Nolan, chair of the education committee, took the brunt of the beating, forced to admit several times that the bill did not resemble an ideal plan, nonetheless insisting that it represented the best compromise available given the intransigence of the Republican Senate majority and radical nature of Cuomo’s original proposal.

In return for a $1.6 billion increase in education funding (Cuomo had proposed a ceiling of $1.1 billion), the bill codifies the governor’s much-derided reforms.

The most controversial of the reforms—his plan to make student performance on the Common Core assessments [CCSS] count for 50 percent of a teacher’s Annual Professional Performance Review [APPR]—is not expressly in the bill, but, as several lawmakers pointed out, it’s also not not in the bill. In other words, there is the distinct possibility that, come June 30 (the date that the Board of Regents [BOR] must have its contributions to the bill figured out), half the fate of a teacher’s career will be determined by how well she’s coached her students on one test.

Former special education teacher Jim Tedisco (District 112, Republican) argued that the compromise by the Dems will allow “a non-elected bureaucrat” (i.e. the State Education Department [SED]) to “decide unilaterally” what percentage to establish. Nolan pushed back, remarking that SED setting the percentage at 50 percent was unlikely. Tedisco countered that there was nothing in the bill to prevent it happening. He called it a “classic end-around” by the governor, maintaining that Cuomo would get the commissioner he wanted and the approval of the BOR. (Regents chancellor Merryl Tisch—whose tight relationship with Cuomo was addressed later on in the session—has previously called for 40 percent instead of 50 percent.) Bruised, Nolan merely rebutted that she had faith in the education experts at the BOR to adjust the percentages in a non-partisan and responsible fashion.

The point was made repeatedly during the debate that the BOR was responsible for the disastrous roll-out of CCSS in the first place. Why should they be trusted? Nolan objected that several seats on the BOR had recently turned over and that a fresh start was possible.

The prospective percentage which student performance on CCSS would count toward a teacher’s annual performance review was just one part of the bill that GOP lawmakers said would erode local control.

Cuomo wanted 35 percent of the observation component of APPR (typically done by an in-school administrator) performed by an independent observer, with the remaining 15 percent performed by an in-school supervisor. The final bill doesn’t say that the outside observer will count for 35 percent, but, again, that the BOR will be responsible for determining the percentage. This debate formed along the same lines as the prior one: What previous experience tells us that the BOR should be trusted with this power?

Chad Lupinacci (District 10, Republican) belittled the bill’s teacher evaluation reform, calling it “another disaster going forward in terms of implementation.” He called the outside evaluator “inappropriate” and opined that the evaluations “further hinder the academic experience for teachers.”

Buffalo teacher Patrick Foster estimates that, in the end, the bill will hand over 75 percent of teacher and administrator evaluations to outside control—that is, 50 percent based on student performance on CCSS and 25 percent based on the observations of an outside observer.

Outside observers, Foster said, lack “intimate knowledge” that the supervisors running the school possess. There’s a “process of feedback” between teachers and administrators “based in trust,” which is impeded when just 25 percent of the teacher’s APPR score is based in local measures. The testing component, Foster said, exacerbate the current situation by linking teacher effectivity to student performance using a debunked model.

Kevin Gibson, parent and BTF secretary, told me that, given the debacle of the first APPR roll-out, there’s no reason to believe that the second round will be an improvement.

“Where’s the money for outside evaluators?” he said. “It’s just another unfunded mandate.”

Furthermore, he said, there’s no stipulation in the teachers’ current collective bargaining agreement to allow input from an outside evaluator.

“My mission is to hold lawmakers who voted to pass the budget accountable,” he said.

The main area in which Foster saw compromise was the tenure process. Cuomo wanted tenure to be granted only after five years of consecutive effective ratings. In the final deal, teachers must get effective or highly effective for three of their first four years. Teachers who get an ineffective rating in the fourth year are given one more probationary year to achieve an effective rating.

During the Assembly debate, it was pointed out several times that the rule will serve only to dissuade ambitious and intelligent young people from entering the profession.

While casting her yes vote, Bronx Democrat Carmen Arroyo said that teachers who didn’t like the updated version of APPR should “go work at McDonald’s.”

The most persistent complaint of the night was that the bill was getting pushed through without public input and without meaningful debate. It was countered that the budget ought to get done on time—yet no one gave a good reason why the bill’s punctuality should trump the soundness of its content.

Buffalo Democrat Sean Ryan said that the legislation did not represent a “perfect product” but that it contained some good, like the extra money and time allotted for so-called failing schools. Cuomo had proposed $8 million—a number the Assembly negotiated up to $75 million. Ryan added that the bill “took the governor’s receiver model and turned it into a community school model,” in reference to the process whereby the state’s 27 struggling schools will be managed in the future.

Ryan told me that the community model was a great improvement over the governor’s, which would have given the state the authority over 15 entire districts—a formula for certain disaster.

“The job of the receiver is now to turn [a struggling school] into a community school.”

Another Buffalo Democrat, Crystal Peoples-Stokes, said that she was “excited” to vote for the bill, “even though there [are] things in it I don’t necessarily care for,” a sentiment echoed by Democrats throughout the session.

Speaking with The Public, Peoples-Stokes elaborated on the elements she didn’t care for: in general, the process of linking “policy to an appropriation budget,” which the legislature can, in effect, “only tweak.”

She was upset that the education investment tax credit was left out, as well as a minimum wage increase and the DREAM Act.

Jill Szpylman, PR woman for Democrat Robin Schimminger—in whose district lies the Ken-Ton school board that drafted a non-binding agreement to eliminate the use of student test data in teacher and admin evals—told me that the office has met with ample resistance from the community in the wake of his vote.

In his defense, she noted that the Schimminger’s affirmative vote ensured a boost in funding for his district. And, it’s true, Schimminger was but one of many to take Cuomo up on the deal, although it’s also true that this explanation seems to further rankle critics who expected a better fight against a governor increasingly seen as tone deaf and bullying.

The Assembly Democrats, as well as the Senate Republicans, deserve their fair share of blame for what most seem to agree is a bad bill, although, in the final analysis, Cuomo’s pairing of ethics with education and, more roundly, with policymaking and budgeting is the true culprit. He played the Republican majority of the Senate against the Democratic majority of the Assembly, and, by midnight on March 31, he got his way.

Senate Dems were “removed from the negotiation process,” remarked Alex Pena, communications man for Senator Marc Panepinto—who voted against the bill—while presumably the same was the case for Assembly GOPs.

(Let’s not forget that all education stakeholders spoke out against the agenda during hearings in February. They were ignored.)

In support of the package, Assemblywoman Deborah Glick had a readymade excuse, commenting that “you play the hand you’re dealt.”

Or maybe you slide the cards back across the table and tell the dealer that you’re a serious person with no interest in playing games.

But, as Peoples-Stokes explained to me, while the promptness of the bill was not a priority to her personally, there is a “vast majority of the electorate” that buys in to the artificial sense of urgency surrounding an on-time budget.

“[It’s] more important to have things right,” she said.

*An earlier version of this story misquoted Crystal Peoples-Stokes that she was upset that an earned income tax credit was left out of the budget instead of the education investment tax credit.