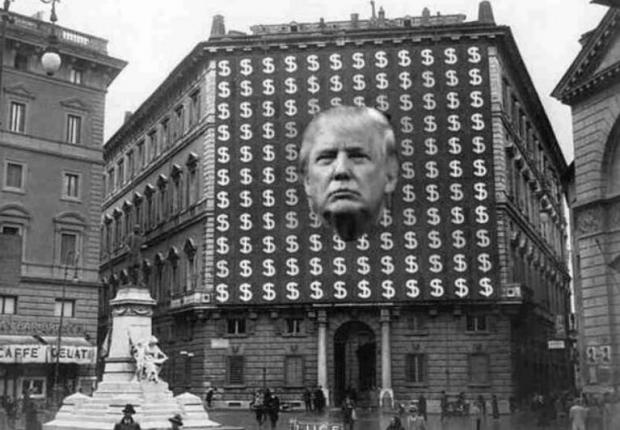 WBEN says it is “partnering” (whatever that means) with legitimate news outlets WIVB and WROC to host a debate in the race for the 27th Congressional District between Democrat Nate McMurray and Republican Chris Jacobs.

WBEN is partnering with WIVB, & WROC in a #NY27 televised Debate Tues, April 7th, at 7pm that will be heard LIVE on WBEN involving Chris @JacobsNY27 and @Nate_McMurray

WBEN is not a legitimate news outlet and hasn’t been for some time. It is a partisan Republican propaganda organ that deigns to run a nominally straight newscast during morning drive. The other 20 hours of every day are replete with right-wing talk radio that ranges from inane to insane. I don’t know what the nature of this “partnership” is, but if WBEN personnel are involved in the questioning then the Democrat on the stage will be debating two distinct opponents — the Republican candidate and the front for questions from Carl Calabrese or Michael Caputo.

Consider this: there are no Democratic commentators on WBEN. During the morning “newscast”, when there is to be some sort of political analysis, Republican lobbyist Carl Calabrese is there dutifully refering to the “Democrat Party” and reciting whatever GOP talking points are on the agenda for that day. Who is the Democrat? Seldom anyone. This is partly due to the fact that few self-respecting Democrats would be caught dead on WBEN’s air because it is not a fair and impartial news outlet but a blatantly partisan organ of the Republican Party.

But never mind literally any of that. Here are two solid reasons why WBEN belongs nowhere near any sort of putatively impartial debate newscast:

Just weeks after a lunatic with easy access to a Bushmaster assault weapon gunned 20 first-graders and 6 staff members in an elementary school in Sandy Hook, Connecticut - and in direct response to that avoidable massacre — the New York State legislature enacted the NY SAFE Act. As a reaction to that, in late February 2013 hundreds of Second Amendment absolutists trundled off to Albany to protest. WBEN did not merely send a reporter to Albany to cover the protest — it helped to organize it; WBEN “partnered” with various Carl Paladino-related sponsors to send busloads of WBEN listeners to the protest — complete with a banner and everything — and pretended to “cover” a protest it was actually helping to promote. That’s the banner — it found itself a home in the WBEN newsroom after the rally. Poor Steve Cichon was there as a “reporter” reporting on, among other things, the busloads of WBEN listeners there. The key takeaways are that WBEN is not an impartial observer and reporter of news, but instead feels perfectly justified in becoming part of the story and creating news.

On bus number two, it was “a dismal day to ride aboard the Albany Gun Rally Express, but spirits [were] high on both buses!” People were asked to “Click LIKE to support them and leave your messages for the riders…” WBEN’s ostensibly straight newscast has been misused for partisan ends before, and given the stakes in NY-27 it is perfectly reasonable to expect this to happen again.

Wenger is the Operations Manager and Program Director for WBEN and basically runs the whole station. Rather than recount all the various and myriad ways Wenger renders WBEN unsuitable as an impartial partner for a debate such as this, I will again bring up one salient example from 2014.

Ever felt like throwing a shoe at Hillary Clinton? Probably safer to just watch the video of someone else doing it! http://t.co/LbBsulMgUM

Well, no, Mr. Wenger, I have never felt like assaulting Secretary Clinton, or President Trump for that matter. Take a look at the video to which he linked and tell me exactly what’s funny or good or positive there.

This is straight-up right-wing bloodlust and Wenger is so free from consequences that the Tweet remains online. Here’s what I wrote about Wenger’s inappropriate sentiment at the time (well before Trump ever decided to run for office).

No, actually, I’ve never felt like “throwing a shoe” at any American political figure. Mostly because I’m not a violent moron, but also because I feel secure enough in the political system and in debate and discussion that “throwing a shoe” or otherwise committing an assault and battery doesn’t enter into it.  Remember when an Iraqi reporter threw a shoe at President Bush? Did Wenger think that was acceptable? Reasonable? Rational?

I didn’t think it was persuasive or appropriate. People enter politics, and they should expect to be vetted, scrutinized, and questioned. They should not expect to dodge physical assault. They do not deserve battery – no matter how much you disagree with them. For everyone who thinks Hillary Clinton deserves to be hit by a shoe because of Benghazi, I can probably find you two who think that Bush should be behind bars for war crimes.

So, there’s nothing at all funny or appropriate about someone throwing a shoe at George Bush or at Hillary Clinton. Anyone who thinks differently is no different from a fascist blackshirt, trying to do with violence what they can’t do with words. It is beyond un-American.

I even did a mock Newsreel depicting how Wenger’s sentiments would have played in the 1930s.

Here, Wenger cheered on a guy committing assault and battery on a protester with whom Wenger apparently disagreed. None of this is okay, and all of it acts as a foreshadowing of our current state of affairs.

Tim Wenger is not an impartial observer or the head of an impartial news-gathering organization. Sure, it pretends to be one at various times of the day, but mostly it’s just Republican people spouting Republican talking points for an older Republican audience. It is the station of Tom Bauerle and Rush Limbaugh and Sean Hannity.

I think Nate McMurray is a strong enough candidate that he can comport himself perfectly well even under questioning from a Republican front organization masquerading as a news entity, but I don’t think he needs to stand at a podium battling two opponents. WBEN can broadcast whatever it wants, but it has no business being treated as if it was just another impartial news outlet. It is no more or less partisan than I.