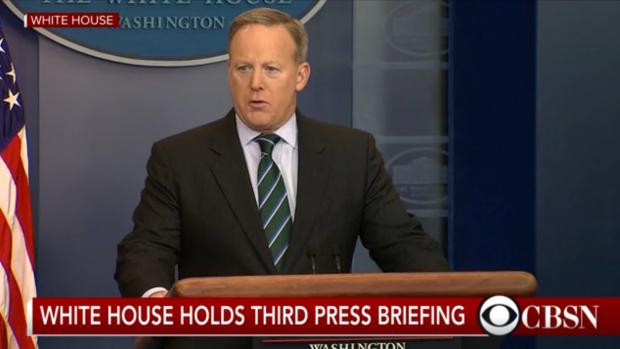 Either unable to believe he actually won, or unable to stomach the fact that he dramatically lost the popular vote, President Donald Trump insists that there was rampant voter fraud affecting the 2016 election. Trump’s press secretary, Sean Spicer, and his #1 congressional sycophant, Chris Collins (R-NY) go out of their way to explain this fantasy by repeating not that this is fact, but that it is what Trump “believes”. Dezinformatsiya is a Russian term for deliberately spreading false or misleading information (fake news?) in a calculated way to influence target audiences.

Trump’s own lawyers representing him in several recount states averred in court documents that, “all available evidence suggests the 2016 election was not tainted by fraud or mistake.”

So, it’s not that rampant voter fraud actually affected the 2016 election, but that Trump “feels” it happened because he is embarrassed by his popular vote loss. This is snowflakeism at its most dangerous, because Trump is now one of the most powerful men in the world who has surrounded himself with sycophants: it’s not enough that people occasionally tell him “no”, but that he actually take the advice.

Voter fraud isn’t a problem in the United States. The logistics of any group or party designing and implementing a 3 million+ voter fraud exercise would be overwhelming, and here’s the key: if Clinton or the Democrats had wanted to rig the election, they’d have done it in states where it mattered and won the whole thing. If voter fraud was a thing, you’d expect the person who overwhelmingly won the popular vote but lost the electoral college tally to complain about a rigged system. It isn’t, it wasn’t, and here’s a Republican law firm to explain why (back in October, when Trump first made the allegation):

Yesterday on the radio, two afternoon conservative commentators wondered aloud why the Democrats were so opposed to Trump’s threatened “investigation” into voter fraud. I can give you several reasons: 1. It’s a waste of money and effort, because it’s already been studied and doesn’t exist in any statistically significant way; 2. we don’t trust Donald Trump or his minions or contractors to produce a credible or true report; 3. this is all an excuse for Trump and the Republicans to further erode, roll back, and eliminate the Voting Rights Act and to make it difficult, costly, or impossible for historically marginalized groups of Americans to vote.

As it turns out, Trump tweeted about it:

I will be asking for a major investigation into VOTER FRAUD, including those registered to vote in two states, those who are illegal and….

even, those registered to vote who are dead (and many for a long time). Depending on results, we will strengthen up voting procedures!

This is funny, as it was revealed that Trump advisor Steve Bannon, Trump’s daughter Tiffany, and Trump’s nominee for Treasury Secretary, Steven Mnuchin are all registered to vote simultaneously in two states.

“There has never been a situation where any type of fraud would affect the outcome of the election,” Mohr said.

Mohr said Trump’s call for an investigation is “unnecessary,” adding that he doesn’t believe it will even materialize at the federal level. The Department of Justice would likely handle such a situation, but it has not yet commented on Trump’s false accusations of voter fraud.

We’d be able to say two or three were it not for the ongoing allegation of blatant voter fraud by local tea party agitator Rus Thompson. Thompson was evicted from his home on Grand Island in 2014, and in October of that year, his wife notified the Erie County Board of Elections that they were moving out of the county at to remove them from the voter rolls. You don’t get to vote where you feel at home, but where you are actually domiciled. That means Thompson was eligible only to vote at his new home in Niagara County. Instead, when Thompson showed up to vote — improperly — on Grand Island, where he didn’t live — he completed a sworn affidavit averring that he was eligible to vote there.

This was, however, a lie made under oath. He is under indictment for felony voter fraud - something Thompson considers to be treason. Thompson was offered a plea, but rejected it despite the overwhelming evidence against him. His defense seems to be: 1. it’s not like he voted twice!; and 2. he just did what the election inspectors told him to do. The real question is whether Thompson committed voter fraud out of stupidity or malicious intent. It doesn’t matter that he didn’t vote twice; he voted to influence elections that have nothing to do with him, and the election inspectors undoubtedly recognized Thompson when he showed up at his former polling place on Grand Island and certainly would have helped him with a provisional ballot — that’s because how are they supposed to know that he no longer lived there?

Voter fraud is not a problem in WNY, and it’s not a problem nationally. This is a huge waste of time and effort designed to distract from more important things that the Trump administration is up to. In fact, the most prominent instance of voter fraud locally was allegedly committed by one of Trump’s loudest local supporters.