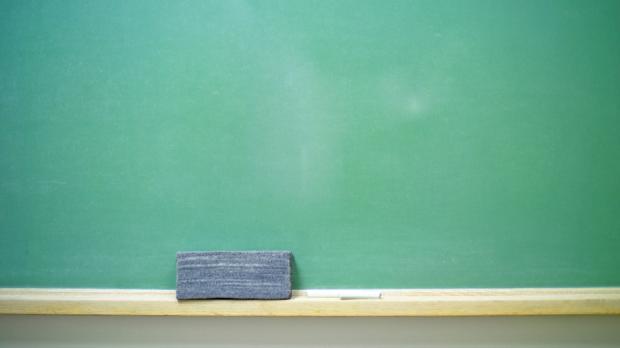 Frustration mingled with optimism at the most recent Buffalo Board of Education meeting, as a gathering of parents, teachers and students filled the seats at Waterfront Elementary auditorium to let the Board have it. It was the last BOE meeting before its members would huddle to pass judgment on the presentations for the four so-called “out of time” schools. On January 28, the BOE makes its recommendations to the state, which ultimately decides. As might be expected, a large contingent at Waterfront consisted of those to be impacted by the decision—teachers, parents and students from Bennett, MLK, East and Lafayette. There was optimism behind the strength of the redesign plans, but frustration with the possibility that they might not be given a fair look. There was a crackling sense of enthusiasm drawn taut by the anticipation of opposition.

When Eve Shippens—a parent, teacher, and member of the MLK redesign team—asked whether those present “accept[ed] Bennett’s redesign plan,” she got a standing ovation. The same response came after she asked the question regarding Lafayette, East, and MLK. A rowdy crowd is the sign of an active, healthy public body getting a good workout.

The major issue is one of control. Late last week, on the heels of a similar New York Times editorial, came a salvo from the Buffalo News, urging Albany legislators and Cuomo to prepare a plan that would authorize the Board of Regents to “dismantle locally elected school boards.”

However, the editorial hedges and asks to give the Board Majority more time before acting:

“For now, it is better in Buffalo’s case simply to have the hammer ready and available.”

In which parallel universe does the state carve out places in which to exercise its authority and not subsequently move to do so?

Plenty of speakers during the public comment section gripped this fundamental reality and so called out those on the BOE who had signaled their approval.

“I…want to speak to the board members, who said, when governor Cuomo said he was going to remove the school board in Buffalo, and he may well do it statewide, he’s removing elected public officials—they’re elected—so I want to say to those of you who said you’d step aside: ‘Shame on you,’” intoned one speaker, her finger wagging reproachfully. “You were elected by people in Buffalo, not in Albany. It’s not your job to jump when Cuomo says jump.”

These words were followed by heavy applause. I’ve never been on the receiving end of such concerted hostility, but imagine that it takes some kind of toll on one’s conscience.

Before long, and with the pressure steadily mounting, BOE president James Sampson snapped, as Michael Ziolkowski read from a state comptroller’s audit that trained its eye upon the child welfare agency Gateway-Longview. Gateway-Longview has had its use of state funds called into question during the time which Sampson was president and CEO. Ziolkowski read through a series of lowlights from the audit, while Sampson persistently interrupted him. When Ziolkowski showed himself undeterred, Sampson motioned to a security officer, who proceeded to guide Ziolkowski from the lectern and mic.

“Let him speak,” crowed a voice from the crowd, while another, in response to the actions of the security officer, moaned, “So much for democracy.”

Worthy of note is that Sampson accused Ziolkowski of “not talking about school board issues.” The public participation policy at the BOE website only stipulates that speakers address “issues that serve the public interest and District mission,” which Ziolkowski’s seemed to be doing. It’s impossible to say what’s relevant or not without giving a fair hearing in the first place. A good rule of thumb is to withhold judgment until the case is made. The snapshot of Sampson is one of a man with impossibly thin skin.

During the night, the theme would return again and again to the issue of fair representation.

Chris Marcello was one of a handful of speakers to criticize the proposal of the DPCC to install a non-voting parent representative on the BOE. Marcello alleged that the proposal had been made without the consultation of parents:

“First, although the DPCC president would serve automatically as the single parent representative, the proposal was not widely shared with the DPCC school representatives; additionally, no attempt was made to share this proposal with Buffalo public school parents.”

He also questioned the impetus behind the proposal:

“The lack of transparency in this proposal’s development calls into question the motivation to bring this proposal to the board…. This proposal gives BPS parents no vote in choosing the individual purporting to be the one who represents them. Worse still, parents have no recourse if the unelected representative advances interests, which they do not support. The proposal itself is silent on disclosure of conflicts of interest.”

Two matters before the Board that night—popular support for the redesign plans and criticism of the DPCC—coalesce around one question: what is the position of the DPCC on the plans? To put it differently: What would be the position articulated by the prospective non-voting parent representative to the BOE regarding Lafayette, Bennett, East, and MLK?

The January 28 BOE meeting promises to be a momentous one—one that will certainly give an indication of how sharply the BOE’s ear is tuned to the voices of its constituents.