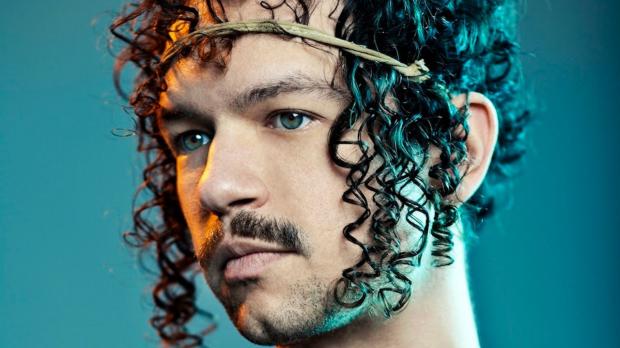 [INDIE] Darwin Deez is that gangly, doe-eyed friend who alternates between calling you “buddy” and “pal”—the one who wouldn’t pass up an opportunity to build a couch fort to this day, yet suddenly busts out some obscure technical expertise in the midst of a zombie apocalypse scenario. He whips out a soldering kit, tinkers with the rust-enveloped radio transistor that he fished from a dumpster, restores it and basically saves all of our lives. While this is a fanciful fabrication, it’s true that the indie-pop of Deez unfolds similarly to this portrait. On the surface, his most recent LP Double Down is lighthearted and even innocent in a transparent sort of way, but don’t mistake this quality as a sign of fluff sentiments. The album retains a sense of purity throughout its course, but not without catching you off guard with its deft melody acrobatics and startlingly clever and introspective lyrics. The single, “Kill Your Attitude” for instance is at once contagiously playful while directly confronting the darker emotional substance of a relationship gone awry. He sings “When your batteries died don’t come untied.” With the support of a three piece band, Deez carries his brand of tender optimism to the realm of live performances, garnering a division of fans who adamantly insist his live shows outshine the studio recordings. Are their opinions justified? This Friday, December 11 is an opportunity to confirm for yourself as he takes the stage at the Studio at the Waiting Room.