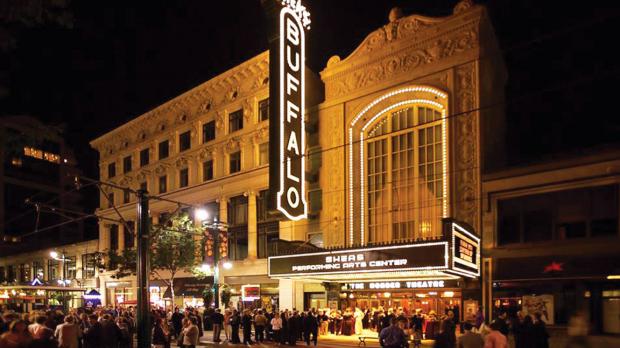 How to Prepare for Curtain Up!

[THEATER] Friday, September 18, is Curtain Up!, the official debut of the new theater season in Western New York. If you haven’t started planning your evening, you’d better do so today. If you don’t, you’ll be:

b) Eating dinner at Jim’s Steakout. Not that there’s anything wrong with that—at 2am. You want to start your evening at one of the many lovely restaurants in Buffalo’s theater district or at the black-tie soiree at Shea’s (order tickets at ticketmaster.com or call 716-829-1172).

c) Without a ticket to the production you most want to see. Shows sell out early on Curtain Up! night. Check our theater listings for a complete list. Remember that showtime at all theaters is 8pm on Curtain Up! night—a little later than usual, but no excuse to dawdle: Get in your seat on time. And when the show’s over, join the throngs on Main Street enjoying music, street performances, dancing, and much more.