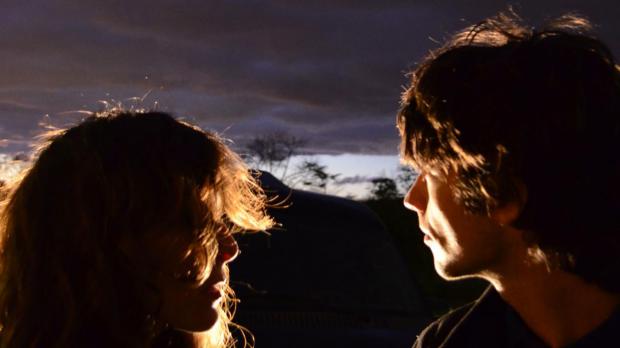 [DREAM POP] A beach house is a space of retreat, conjuring associations of summer, sand, and sun. It’s a place where the smell of salt-breeze and sun-block mingle and where happy families are together in a temporary oasis, only steps away from a private, indoor shelter. Closely shadowing this scene is its own absence—for as anyone over the age of five knows, real life is far more dynamic and seldom as tame as this idyllic portrait. When coming up with a name for their dream pop outfit formed in 2004, Victoria Legrand and Alex Scally chose Beach House because it proved to be an immaculate misnomer, the perfect title for a duo whose own music would bridge the gap between reality and myth. Throughout the course of their discography, from their eponymous debut in 2006 to their most recent LP Bloom (2012), the pair has remained loyal to their wistful and ethereal brand of pop. Beach House explores the genre, yet sticks to a few simple and distinct elements to create music that evokes a certain meta-nostalgia where the interplay between memory and desire is channelled into a landscape of heavenly key progressions, cloud-bending guitar melodies, and the hills of Legrand’s emblematic voice. One of the their most distinguishing features is the quality of Legrand’s androgynous and baritone vocal delivery that makes lyrics resonate on a subconscious level. This Friday, August 21 offers an opportunity to enter their world and experience their live vision as Beach House performs at the Town Ballroom. Needless to say, it will be an intimate spectacle worthy of the dreamworld.