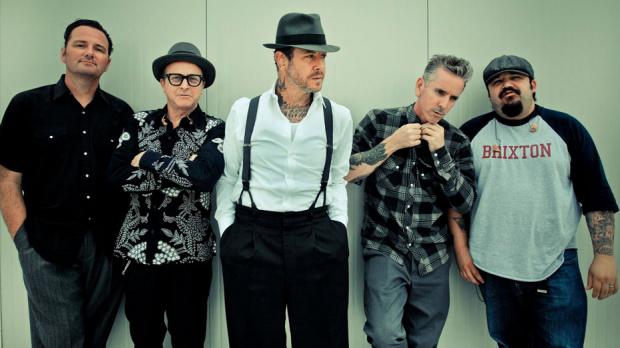 [PUNK] Social Distortion has come a long way since their first appearance in 1978 as a gangly, leather-clad four-piece punk outfit that pioneered Southern California’s punk movement. Their debut album Mommy’s Little Monster (1983) was heralded as “one of the rare examples” of exciting pop punk by Maximumrocknroll. By the second album the face of pop-punk disestablishment found themselves undergoing a change in style and influence, as frontman and guitarist Mike Ness recovered from drug addiction. The debut of 1988’s Prison Bound spelled out influences from the likes of Johnny Cash and the Rolling Stones, leading critics to coin the term “cow-punk” when describing the fresh material. To the delight of old and new fans alike, they’ll be delivering a blazing live performance next Tuesday, August 18 at the the Town Ballroom. Nashville songtress Nikki Lane and four-piece alternative country outfit Drag the River are set to open.