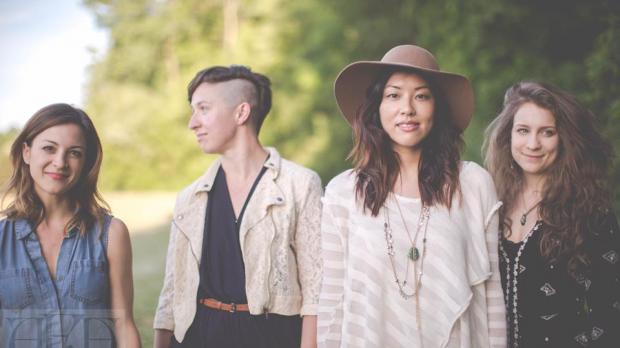 [FOLK] Buffalo’s own Tiny Rhymes describes themselves as “indie alt-folk chamber,” but the best way to describe them is to go see them for yourself, which you can do this Thursday, July 14 at Nietzsche’s. Featuring “tight vocal harmonies, richly melodic string lines, and introspective songwriting,” the band is playing their hometown as part of a tour that will see them in Pittsburgh, D.C., Nashville, and more. Fans can expect to see them play songs from their latest EP, A Kinder History, and perhaps some new music, as the band is set to record their next album at the end of summer. Local indie rock band The Tins and hip hop band Radarada will perform as well.